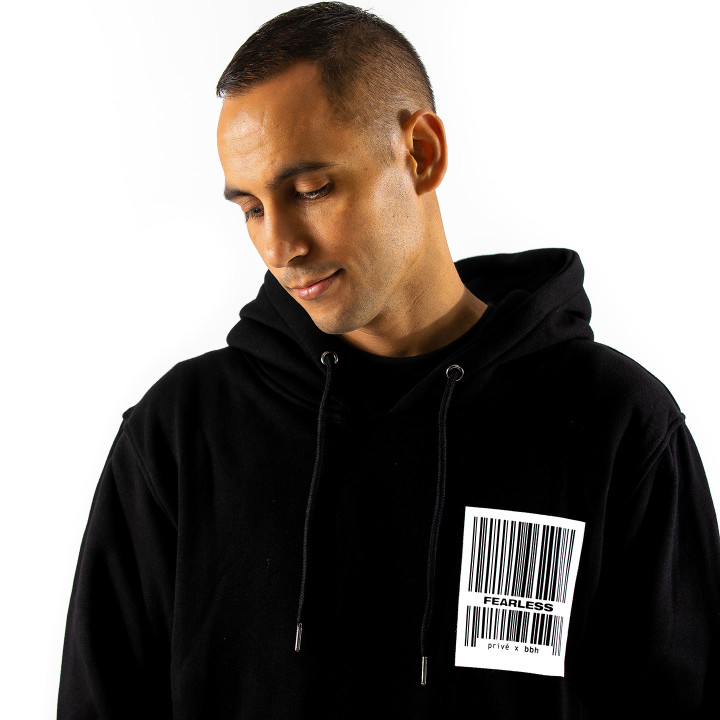 For three years, ZEKE BEATS has animated the low end with his analog synth wizardry. All along, his mission has been clear: set listeners' teeth chattering. He's hit the target every time.

A power player signed to Poster Child and Madison House, ZEKE BEATS may be one of the fresher faces in the electronic context, but he's certainly no novice. Threaded with the analog basslines that have long been an indispensable part of his sound, ZEKE BEATS' idiosyncratic brand of hip-hop and grime influenced bass has pervaded modern electronic circles since his 2016 breakthrough with his debut EP, Meltdown, released via Terrorhythm Records. In a credit to ZEKE BEATS' technical acumen and Meltdown's arresting sound, Bassnectar quickly embraced the project; an edit of its title track went on to become a staple of Bassnectar's sets.

In the time since, ZEKE BEATS has shown that his preeminence as a bass maven isn't just within reach -- it's in the making, and fellow producers have taken note. He's garnered support from electronic A-listers like Bassnectar, DJ Craze, DJ Shadow, Tokimonsta, Mr. Carmack, The Glitch Mob, Mat Zo, and Toddla T, and is heralded by fellow producers as one of the most technically fluent, forward thinking artists currently active in the game.

This year, ZEKE BEATS flexed his sonic capability on a number of releases; "Laser Vision," crafted alongside The Glitch Mob, and "Purple Haze" with G-Rex are but two examples. He also extended his envelope pushing signature to an official remix of Zeds Dead and Delta Heavy's "Lift You Up." The revamp landed on Deadbeats and RAM records, proving a formidable follow up to the April 2019 arrival of ZEKE BEATS' Bad Robot EP on Deadbeats.

Behind ZEKE BEATS' repertoire of 2019 releases stands a strong backlog of 2018 activity, the likes of which include an ear catching collaboration with Dirty Audio, "MIND," and another with EPROM, "Humanoid 2.0." His Devastate EP, released via Buygore, and a remix commissioned for What So Not's "Beautiful" only further strengthened the momentum that ZEKE BEATS set into motion and maintained throughout the year, with one momentous showing to another.

In the live circuit, ZEKE BEATS has been a continuous presence, frequenting high profile festivals and providing support for no shortage of artists. After dominating the decks at Electric Zoo's 2019 iteration, ZEKE BEATS promptly took his talents across the nation, making stops at Nocturnal Wonderland, Electric Daisy Carnival's Orlando and Las Vegas installments, and Lost Lands, where he delivered a potent back-to-bet main stage set alongside EPROM.

At present, listeners can catch ZEKE BEATS providing support for Purple Haze's co-headlining tour with G-Rex. Come 2020, they can look forward to further live action from ZEKE BEATS on his next supporting endeavor, Peekaboo's THE IMPOSSIBLE TOUR. Both efforts, present and anticipated, enrich ZEKE BEATS' rich history of tour support; in the past, he's been an enticing addition to tour announcements for G Jones, Minnesota, Space Jesus, QUIX, and Rezz.

Importantly, ZEKE BEATS is no "push play" personality. His status as a standout in the dance scene is due in part to his love for hardware, which bespeaks a series of achievements in the turntablist realm. He ranked fourth in the world in the prestigious IDA World Championships and was also tapped by none other than grandmaster turntablist, DJ Qbert, as the first ever Scratch University Valedictorian.

in these routines, which extend beyond the videos that ZEKE BEATS shares on his socials to his adrenaline spiking sets.

In involving these unique routines in his live appearances, ZEKE BEATS further distinguishes himself as a creative force to be reckoned with in the electronic landscape.

Each year, ZEKE BEATS reliably ups the ante -- and plays to win.