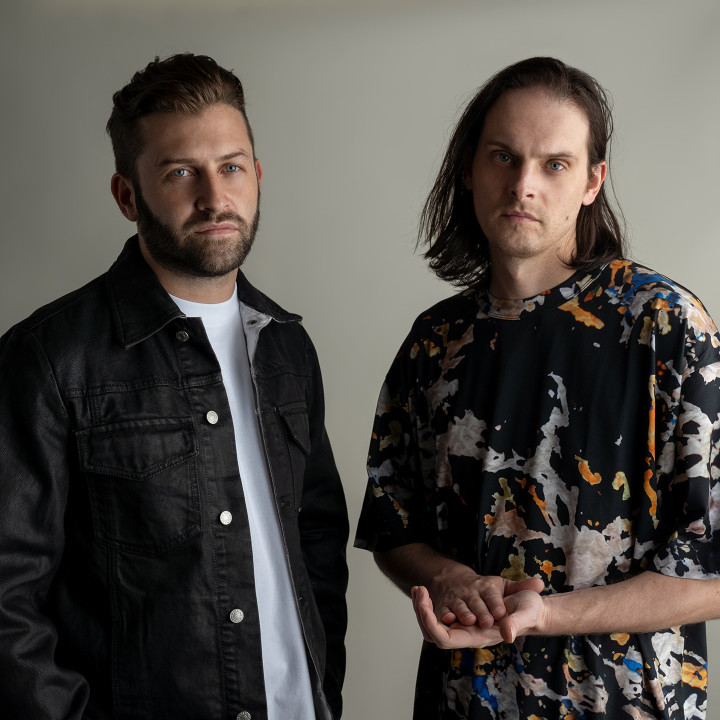 "Toronto duo Zeds Dead have been running the bass game for nearly a decade..." ​ - Billboar​d

One of the most successful independent acts in today's global dance music scene, Zeds Dead is a pioneering, JUNO-Award-nominated electronic duo hailed as "trailblazers of the modern North

American bass scene" (DJ Ma​g​). Formed in 2009 in Toronto, Canada, by producers/DJs Dylan "DC" Mamid and Zachary "Hooks" Rapp-Rovan, Zeds Dead have continually pushed the boundaries of electronic music culture via their ever-evolving sound and curatorial vision. Their extensive discography -- which includes multiple breakout singles, EPs, and remixes and their genre-defying debut album, Northern Lights​​ -- has earned them hundreds of millions of cross-platform streams and has notched them dozens of Top 20 hits across the Billboard​ charts. Today, Zeds Dead continue to push electronic music forward via their innovative sonic style as well as their trendsetting Deadbeats Records, one of the leading indie labels in dance music that has since become its own lifestyle brand and live events powerhouse.

Named after an iconic lin​e ​ from Quentin Tarantino's 1994 classic film, Pulp Fiction​​, Zeds Dead was born out of the lifelong friendship and creative bond of Mamid and Rapp-Rovan, known on dance floors across the world simply as DC and Hooks, respectively. They first joined forces as a duo in 2004 via their hip-hop-leaning project, Mass Productions, which produced Fresh Beetz​​, a full-length album of instrumentals and rap beats, in 2007. After discovering electronic music while in college, the two switched lanes and formed Zeds Dead, in which they combined their passion for hip-hop attitude and swagger with the frenetic energy of electronic music. Their self-released debut song as Zeds Dead, the electro-powered "Journey of a Lifetim​e," came in October 2009.​

Alongside their blossoming career as artists, Zeds Dead were also establishing themselves as independent players within the local club circuit. In 2009, they launched Bassmentality, a weekly event series held in a small Toronto bar that showcased the emerging sounds and artists bubbling up from the dubstep and bass global underground. Led by the forward-thinking tastes of Zeds Dead, Bassmentality quickly became one of Canada's premier club nights and a go-to destination for the burgeoning electronic scene in North America, hosting early performances from today's foremost dance music artists, including Skrillex, Borgore and Nero, among many others.

While they're leaders in the worldwide bass community, Zeds Dead command a fluid sound that fuses diverse genres, from hard-hitting dubstep and throttling drum & bass to ethereal electronic and raw hip-hop. It's a limitless sonic style DC and Hooks have crafted over the last decade and have experimented with across their expansive discography. In December 2010, they released their debut EP, Rudebo​y​ (San City High Records), which featured the dubstep-leaning title track and a handful of accompanying remixes. They re-released the track as an E​P in February 2011​ with an added guest feature from Toronto rapper/electronic artist and regular collaborator Omar LinX, alongside new remixes. They followed up with Adrenalin​e​ (January 2012, Inspected Records), which has accumulated +8 million streams on Spotify alone to date. Later that year, they

Zeds Dead launched into 2013 with the club-focused ​Hot Sauce​ EP​ (January 2013, Mad Decent), which saw the duo expanding into new sonic territories beyond their signature bass sound, including house, breakbeat and glitch. They continued to shatter sound barriers on their Somewhere Else ​EP ​ (July 2014, Mad Decent), their first proper release, which features cross-genre collaborations with Jane's Addiction frontman Perry Farrell, Dirtyphonics & Bright Lights, Omar LinX & Big Gigantic, and Twin Shadow & D'Angelo Lacy, among others. A momentous creative breakthrough for Zeds Dead, ​Somewhere Else​ charted on the ​Billboard​ 200 chart, with the video for EP single "​Lost You​" (+7M/YouTube) taking home the Best

Post-Production award at the 2015 Much Music Video Awards (MMVAs). ​Somewhere Else​ also secured Zeds Dead two major nominations at the 2015 JUNO Awards in their native Canada, including Breakthrough Group of the Year and Video of the Year for "Lost You."

Beyond their original music, Zeds Dead are cultivating the future wave of groundbreaking electronic music and next-gen artists via their visionary Deadbeats Records. Officially launched in February 2016, Deadbeats is today one of the most exciting and fastest-growing labels in independent dance music, counting more than 150 releases across its genre-blurring, rapidly expanding discography. Recognized as a "critical label for uncovering the next generation of bass stars" (​DJ Mag​), the imprint has helped discover and develop fast-rising artists like DNMO, PEEKABOO, Subtronics, ZEKE BEATS, 1788-L, Blanke, Holly, Ducky and many others. The label also hosts ​Deadbeats Radio​, a weekly radio show airing every Thursday at 6pm ET on the Diplo's Revolution channel on SiriusXM that showcases the new, now and next in electronic music and features regular guest mixes from the imprint's rising stars.

Megalodon, Champagne Drip, LICK, Gentlemens Club and, of course, Zeds Dead themselves. In January 2020, the imprint released We Are Deadbeats (Vol. 4​)​, the fourth installment in the ongoing compilation series, which sees Zeds Dead collaborating with a number of the label's artists and friends, including DROELOE, Holly, YOOKiE, Ganja White Night and more, and fully captures the sense of community across the close-knit Deadbeats universe.

Most recently, Deadbeats has expanded into the live events space, with Zeds Dead and the label launching international tours -- including the Deadbeats Tour that's run from 2017-2019 -- and curating hosted stages at global festivals and marquee events, including full-on label showcases and takeovers at SXSW, Miami Music Week, Nocturnal Wonderland, Sunset Music Festival, Das Energi and more. Since 2014, Deadbeats and Zeds Dead have produced the annual Dead Rocks gathering, a massive headlining show held at the legendary Red Rocks Amphitheatre in Denver. The fan-favorite series, which expanded to a two-day event in 2018, has sold out every year since its inception and has become a bass mecca for bass-heads around the world. Now entering its seventh year in 2020, Dead Rocks has hosted groundbreaking performances from REZZ, Tchami, Rusko, Noisia, G Jones, Ekali and countless others.

Deadbeats, a still-growing extension of the duo's creative footprint, is today the culmination of Zeds Dead's journey that's seen the group lead the electronic music industry as independent artists for more than a decade. Leveraging the power of music technology -- from the days of Hype Machine and music blogs to YouTube channels and streaming services -- and social media, Zeds Dead have sidestepped the music industry machine to carve their own artistic path in their singular vision. Zeds Dead and Deadbeats now enter the new decade standing at the vanguard of global dance music once again. What started as a buzzing label has today morphed into an all-encompassing lifestyle and events brand, with Zeds Dead as its enterprising label curators and tastemakers.

On the live front, Zeds Dead have remained a staple on the international festival and touring circuit since first making their stage debut at a small Toronto club in 2009. The duo has delivered high-profile performances and headlining sets at major global music festivals, including Coachella, Lollapalooza, Tomorrowland, Ultra Music Festival, EDC Las Vegas and more, in addition to their own international headlining and label tours across Europe, Asia, South America and beyond. In 2020, Zeds Dead will launch the next chapter of their ongoing Deadbeats Tour series, in addition to the seventh installment of the annual Dead Rocks event in July.

As Zeds Dead celebrate more than a decade at the forefront of bass culture and electronic music, they continue to break down the walls between genres and scenes, always pushing their sound into the future and evolving their vision toward new, unexplored dimensions -- just like they've been doing since day one.