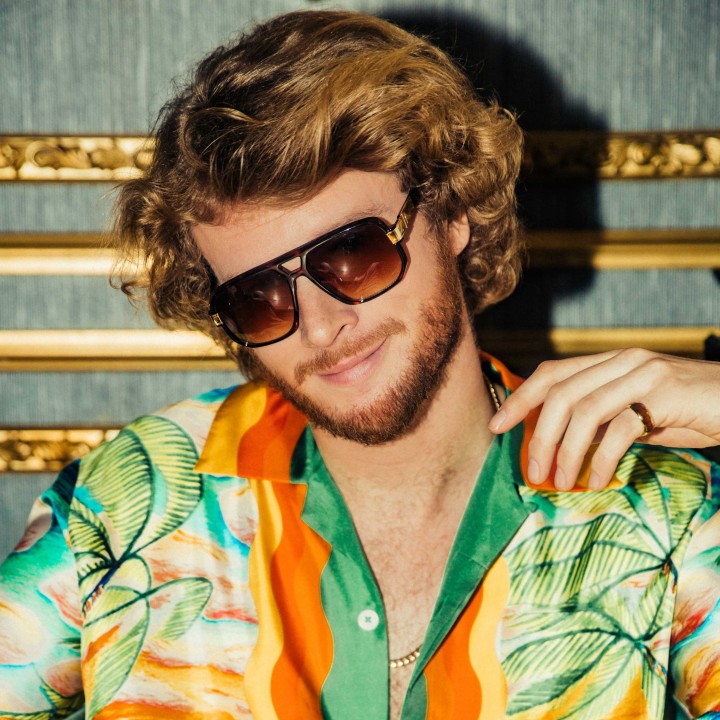 Go ahead and call him “The People’s Champ…”

The people quite literally demanded his rise by galvanizing his jump from underground stalwart into a mainstream force.

23-year-old MC, Minnesotan disruptor, and MILF connoisseur Yung Gravy quietly emerged as a gold-certified phenomenon by way of hilarious ad-libs and airtight rhymes. Within a year, his 2018 Snow Cougar EP yielded a pair of gold-selling bangers -- “Mr. Clean” and “1 Thot 2 Thot Red Thot Blue Thot” -- jumping from early SoundCloud success to the hottest playlists on Spotify such as New Music Friday and Pop Rising, to name a few. In its wake, he sold out three tours in North America, two tours in Europe, and his run of Australia and New Zealand. This hot streak continued as his world tour, Experience The Sensation, Part 2,” also sold out.

During 2019, his full-length debut Sensational [Republic Records], crashed the Top 5 of the Billboard Top R&B/Hip-Hop Albums Chart and put up 450 million-plus streams across bangers a la “Alley Oop” [feat. Lil Baby” and “Gravy Train,” which gave a 808 facelift to Maxine Nightingale’s “Right Back Where We Belong.”

Gravy just does Gravy though…

“I really felt like there was something missing,” he explains. “I wasn’t hearing what I wanted to hear, so I stepped up to the plate and actually started doing it myself.”

Rewinding to the beginning, he hit his stride in 2016. Inspired by everyone from OutKast, Nate Dogg, Curren$y, and Action Bronson to Patrice Rushen and The Blackbyrds, Gravy took to SoundCloud to begin releasing music. The first song he uploaded, “Karen”, quickly garnished new fans and stirred a palpable buzz online. His first independent EP, Mr. Clean, went viral on the strength of “Continental Breakfast” on SoundCloud. Sandwiching a sample of The Chordettes’ “Mr. Sandman” between racy and raw rhymes, the title track “Mr. Clean” popped off and paved the way towards literal gold as well Thanksgiving’s Eve, Yung Gravity EP, and Baby Gravy EP. Soon, he reached #1 on Indify and had labels knocking at his door. Gravy kicked off 2018 with the sizzling single “1 Thot 2 Thot Red Thot Blue Thot.” Flipping the Dr. Seuss limerick upside down, the hook proves immediately infectious.

“I was at a house party in Georgia that got broken up by the cops,” he recalls. “We were accused of burglary, and I spent the night in jail. I got probation with community service. I was in the wrong place at the wrong time, so all of the felonies were expunged, but I still got charged with ‘Criminal Trespassing’ and ‘Underage Drinking.’ The day I got off probation, I was super hyped and inspired. This is my freedom song.”

A free man, he shows no signs of stopping or slowing down. He teamed up with frequent collaborator bbno$ for a 2020 collaborative project introduced by the track “shinin on my ex,” which OnesToWatch predicted as “a surefire Tik Tok hit” and Lyrical Lemonade pegged as “another absolute slapper” and “a true classic.” Their chemistry really exploded on the single “iunno.” Over off-kilter horns and a subtle beat, they lock into a vibrant verbal volley before the hashtaggable hook.

It supports his main goal though -- as always.

“At the end of the day, this is all meant to make people feel good,” he leaves off. “This is party music, and everyone’s invited.”