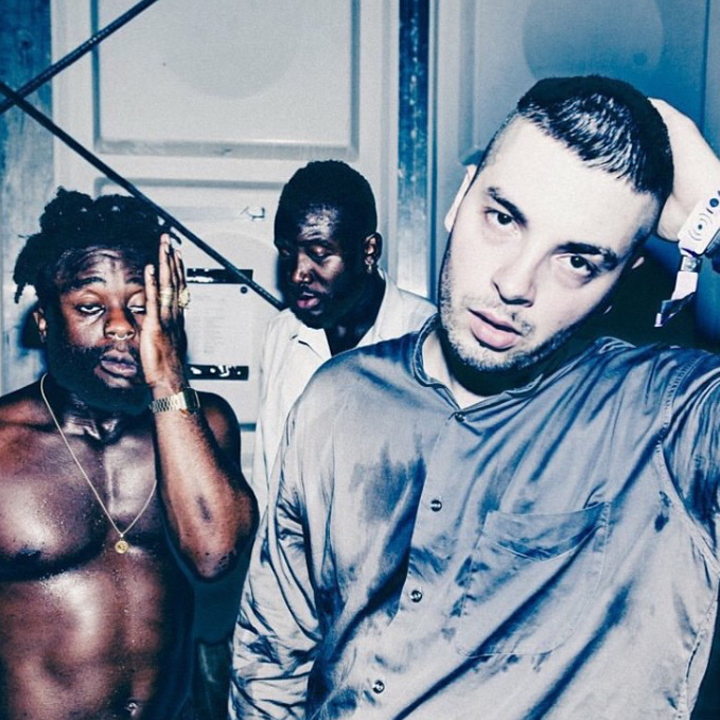 Put simply, you could call Young Fathers an alternative lo-fi R&B trio; however, they don't completely fit in that box, with their wide-spanning spread of Hip Hop, Punk, Dub, Gospel and Pop.

Formed in Scotland in 2008 by Alloysious Massaquoi, Kayus Bankole and G. Hastings, the group started performing in nightclubs when the band members were all still in their early teens. In 2012, they signed to LA based label, Anticon and released their introductory mixtapes, Tape One and Tape Two. The trio then signed to Ninja Tune and released debut album, Dead, which was released in 2014. The album gained a lot of critical attention and went on to win the prestigious Mercury Prize. Following an extensive world tour the band decamped to Berlin to begin work on their sophomore album, White Men Are Black Men Too, which was released in April 2015.

Young Fathers toured extensively in 2015, playing the UK, large swathes of Europe and did a six week stint in the USA.

In 2016, the band were invited to support Massive Attack on their UK and European tour after working together on Massive Attack’s single “Voodoo In My Blood”, which was released in January 2016.

Young Fathers feature 6 tracks on the Trainspotting T2 soundtrack, including “Only God Knows”, written specifically for the film.

They have just finished recording a new album.