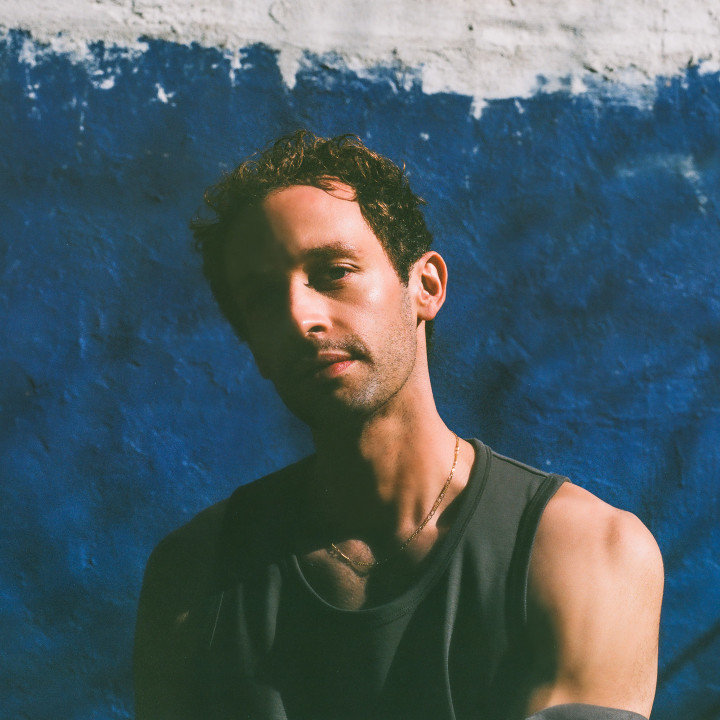 In the making of his long-awaited debut album these words are all for you, Wrabelrepeatedly returned to a piece of advice he's given many times over the course of his eclectic career. "Whenever one of my friends is struggling I always tell them: 'You're the only songwriter in the world,'" says the accomplished artist who's penned hit songs for a litany of pop superstars and put out four EPs of his own material. "With any creative person, it's their unique perspective and experience and language that makes their art special. For a long time I was so caught up in looking around at what everyone else was doing and comparing myself to them, but for this album I really just stayed in my own little world. And because of that, I ended up making the record I always wanted to make."

A deeply personal body of work, these words are all for you centers on the warm vocal presence and introspective songwriting Wrabel first revealed on his breakthrough hit "Ten Feet Tall" (a 2014 release featured on his debut EP Sideways). On the way to creating his first full-length effort, he's also delivered hit songs such as "11 Blocks"; collaborated with leading EDM artists like Kygo and Marshmello; released a live album (2019's one nite only); and written for the likes of P!NK ("90 Days"), Kesha ("Woman," "Here Comes the Change"), and Backstreet Boys ("Don't Go Breaking My Heart"). He's been praised as "one of Hollywood's finest songwriters for a decade" by American Songwriter, and his "knife-to-the-heart" (Idolator) songwriting has led Billboard to confidently state that he is "ready for his breakthrough." P!NK even said that he is "one of the greatest singers and songwriters alive today." these words are all for you marks the glorious culmination of all that Wrabel's accomplished in an extraordinary and ever-evolving career.

In piecing together his debut album's nuanced exploration of love and its many forms -- shattered love and self-love, compassion and redemption -- Wrabel tapped into the entirely new sense of artistic freedom he's felt since partnering with Nettwerk Music Group and claiming complete autonomy over his music. To that end, he deliberately avoided stacking the album with producers and instead worked mostly with Ajay Bhattacharya (aka Stint, a Grammy Award nominee who's produced for such artists as Santigold and Carly Rae Jepsen). "When we started working on the album I said to Stint, 'I want it to sound like nothing you've never heard before,'" Wrabel recalls. "These songs are everything to me, and I knew I wanted to frame them in interesting ways without relying on a lot of tricks."

The exhilarating lead single to these words are all for you, "good" fully embodies the album's unfussy yet gorgeously detailed sound, unfolding in bright beats, soulful piano tones, and heart-melting gospel harmonies (courtesy of a choir who laid down their vocals a day before L.A. went into lockdown). "At one point this was going to be a breakup record, but songs like 'good' came from the relationship I'm in now and actually have a lot of hope to them," says Wrabel. "It's a song about not carrying things from your past into your current relationship, and not letting the small things ruin something good for you." In its intimate meditation on letting go and living in the present, these words are all for you also offers up tracks like "wish you well," a beautifully uplifting slow-burner lit up in luminous string work and incandescent piano melodies. "I've spent so much of my creative energy writing about past relationships, past hurt, past loss, and it can be so heavy to go on tour and sing those songs every night," says Wrabel. "In many ways this song is a last hurrah for me -- like sending a note to the people I've been with to say, 'I wish you the best, and I'm letting go of the invisible tether to you.'" And on "nothing but the love," Wrabel presents one of the album's most triumphant moments, a gospel-infused anthem with the distinction of being the first song he's written on his own in years. "There's that cliché about how you have to love yourself before you can love someone else, but I think that's wrong," he says. "My therapist might disagree, but I've found that when someone loves you at your most insecure or self-loathing, that can be incredibly healing."

For the final track to these words are all for you, Wrabel selected a song he wrote nearly a decade ago, the heavy-hearted but transcendent "love is not a simple thing to lose." "At the time I was signed to my first major-label deal and went to London to make what was supposed to be my first record, and while I was there my first boyfriend and I broke up," he explains. "I'd been up listening to 'The Dumbing Down of Love' by Frou Frou on repeat and smoking cigarettes out the window of my extended-stay flat, and I went in for the last day of writing and just put everything I wanted to say into that song. To this day I can't sing it without falling to bits."

With the release of these words are all for you, Wrabel hopes that his personal catharsis might ultimately provide solace to others. "My favorite songs are the ones that have quite literally saved my life, like 'This Woman's Work' by Kate Bush -- they're the songs that have made me feel like they were written for me, and expressed the things I didn't even know how to put into words," he says. "With everything I create, and especially with this record, there's always the hope that it will help people to feel less alone. So while I don't believe it's an artist's job to create something for everyone, I do hope these songs find their way to whoever needs to hear them."