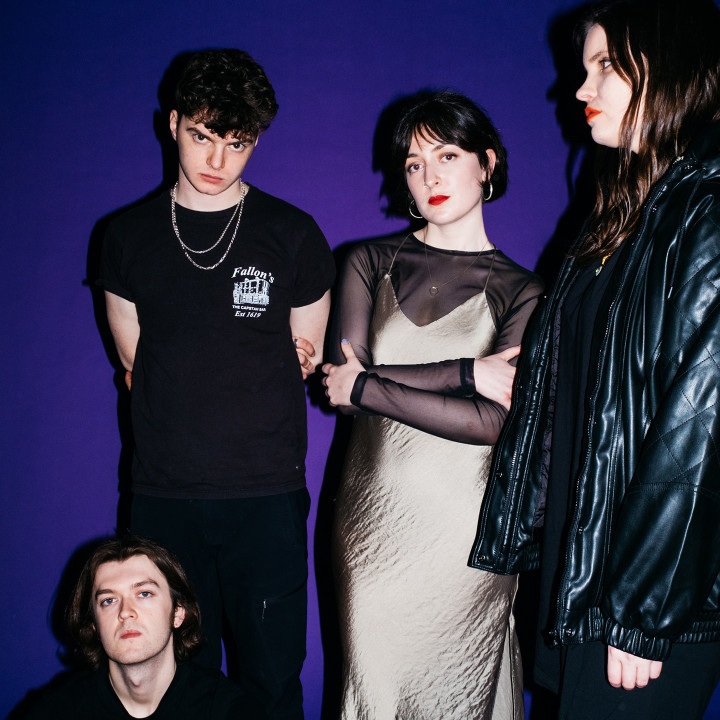 Like a homage to smoke-filled vaults, aging billiard rooms and crumby packets of pork scratchings in the Working Men's Clubs of days gone by, Todmorden-by-way of-Europe trio Syd, Jake and Giulia are about to fling open the doors of their own millennial social hub with the fresh post-punk of infectious debut single, 'Bad Blood' / 'Suburban Heights.'

"We grew up in northern towns trying to get in to pubs in social clubs because that's all we had. The name is an ode to that," explains Working Men's Club's 17-year-old singer and guitarist, Sydney Minsky-Sargeant. "Our surroundings and their differences has influenced us a lot on these tracks."

Joined by guitarist-vocalist Giulia Bonometti, 23 and drummer Jake Bogacki, 18, the trio have always had a clear sense of their whereabouts; quite simply, they wouldn't even exist without multi-nationalism. Meeting at college in Manchester, Syd and Jake are from Todmorden and Hebden Bridge, but their families hail from Poland whilst Giulia moved to the UK from Lake Garda, Italy. "The songs are based on the culture of walking round Manchester every day then going back to the countryside each night and how the contrast of going back into the hills made us sane," Syd tells.

Already with shows supporting The Wedding Present and Brian Jonestown Massacre behind them, Syd says it's only the beginning; "Those shows were great experiences and ones we'll have for life. We love making music and we're so grateful for what we've achieved so far; hopefully there'll be plenty more to come."