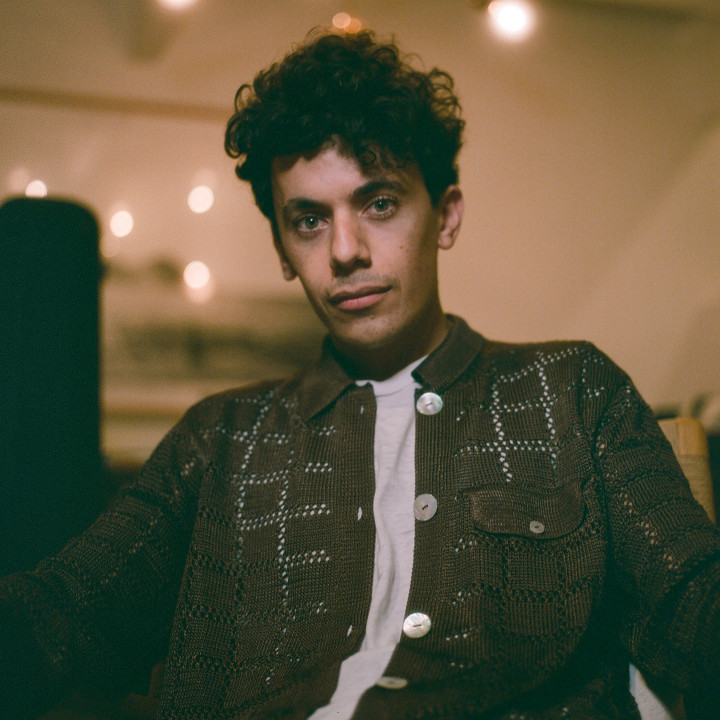 As the early-morning sun melts its way through the verdant forests and out over the cresting waves of the Pacific, the rest of the world fades away. Jordan Topf grew up in that golden landscape, and that home of Santa Cruz has always lingered in the back of his mind even as he traveled the world with a variety of bands and writing and producing for other artists. So when he decided to utilize the isolation of the pandemic by moving into a house in Northern California to write solo material, the subject matter came rushing back to him. "I wasn't inspired to write about where the world was currently at, so I went back in time," he says. "I hadn't ever written about the place where I grew up, the early memories that shaped who I am today, and I realized there was so much I'd left unsaid, so much nostalgia, so many stories I'd never shared until now." After crafting the songs that would become his debut release, Topf decided to name the project Windser, in honor of the street he grew up on. Delving deeper into memory, he named the EP after the way his dad described Santa Cruz: Where the Redwoods Meet the Sea.

Due October 12th, Windser's debut brims with the complex magic that comes from digging into one's own past -- so much crackling warmth and golden glow, but not without its lingering shadows. Early single "Memory" encapsulates that familiar mysticism, pairing serene guitars and limber bass with haunted harmonies. "Every word you said is just a memory stuck in my head/ Like a video tape, it's just a memory slipping away," Topf sings, falsetto backing vocals whipping through the trees. And as the last waves of melody wash against the sunrise, Topf's voice rings out with a subtle ache. "The song was inspired by a friend I lost as a teenager" Topf shares. "The song explores a loss that I felt in my hometown in spite of the beautiful scenery."

Throughout Where the Redwoods Meet the Sea, Topf walks the tightrope of digging through the real emotions of his experiences without letting any feeling blot out the others -- instead reliving each moment for all of its facets. Part of that feeling of reality comes in the way Topf weaves lyrically between the ultra-specifics of his own experience and the resulting emotions that any listener will recognize deep in their heart. New single "Friends I Barely Know" opens with a callout to Zami! Co-Op in Santa Cruz, a punk house/DIY artspace Topf would play shows at and spend free time, but quickly pivots to the bliss that comes from feeling right at home even in the midst of a flock of strangers. "Now I'm standing/ In a moshpit/ Surrounded by friends that I barely know," he sings, the smile on his face readily evident.

On the flipside of that coin, "Capsize" digests the loneliest moments, the times of life where the world feels like it's going to swallow you whole. "Over the last few years there were times where everyone felt like they were drowning," Topf says. "I remember that same feeling in high school, when I learned how important it is to be there for the people that you love when they're at their worst." Sharing that lesson in oceanic terms feels especially meaningful within the coastal context of Windser's debut, Topf's voice like a lighthouse shining a path to safe ground.

Elsewhere, the swirling smoke of "Paris" continues the theme of longing for something far away, but this time a person rather than the past. "When I'm all alone and nobody's home/ Visions of you here in my room/ Lose myself when you're gone," Topf sings, ratcheting percussion and slinky guitar gliding under each slippery syllable.

The EP was produced by Topf and Day Wave's Jackson Phillips, the six songs carrying the well-worn indie rock tenderness and beguiling songwriting both musicians are known for -- the sort of sound that made Windser the perfect companion for recent tours with Portugal. The Man and alt-J. Befitting the nostalgic tone of the EP, Topf draws energy from his parents and the California music he was raised on. "My parents were old hippies," he laughs. "My dad played the guitar and my mom is a jazz piano player. My dad passed away when I was 22, so getting to play his guitar on this EP was an incredible way to honor him."

The elegiac "Drift Away" closes the EP in his memory, Topf reflecting on loss and what it means to miss someone. The song revels in specific memories of small moments, a simple acoustic guitar like a totem, shimmering tones hanging in the back. In both joyful memories and painful loss, in the littlest experiences and the life-altering events, Where the Redwood Meets the Sea finds bleary-eyed beauty. It's all time, time that passes quickly but that can also be accessed forever.

The verdant forests and cresting waves of Jordan Topf's childhood in Santa Cruz have always lingered in the back of his mind, even as he traveled the world with a variety of bands and writing and producing for other artists. So when he decided to utilize the isolation of the pandemic to launch a solo project, Topf tapped into that vibrant memory. Under the banner of Windser, Topf's music brims with the complex magic that comes from digging into one's own experiences -- so much crackling warmth and golden glow, but not without its lingering shadows. Inspired by the radiant California music he was raised on and powered by a well-worn indie rock tenderness and beguiling songwriting, Topf finds bleary-eyed beauty in joyful memories and painful loss, in the littlest experiences and the life-altering events. Windser's debut EP, Where the Redwoods Meet the Sea, will be released October 12th.