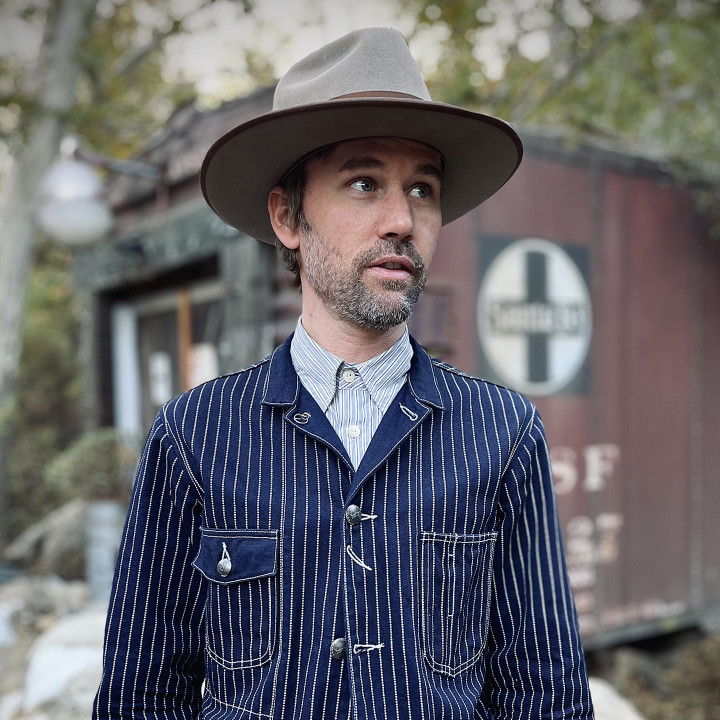 For over two decades, Willie Watson has made modern folk music rooted in older traditions. He's a folksinger in the classic sense: a singer, storyteller, and traveler, with a catalog of songs that bridge the gap between the past and present. From his early days as a founding member of the Old Crow Medicine Show to his current work as a solo artist, he is a celebrated musician with a rich vocal range, a top interpreter of the folk canon and a highly skilled multi-instrumentalist.

On the road as an active touring musician, Watson often plays alone with his soaring vocals accompanied by his guitar, banjo and harmonica, but most recently has been traveling with his new string band, featuring fellow Old Crow alum Ben Gould on upright bass, Sam Schmidt on guitar and mandolin, and Rosie Newton on fiddle.

Playing in Old Crow Medicine Show, Watson learned how to be part of a string band, but as a solo artist, he's perfected everything from gospel to blues to Appalachian folk to Irish traditional music. With his two solo albums, Folksinger Vol. 1, and Folksinger Vol. 2, both produced by David Rawlings at Acony Records in Nashville, Watson has never sounded more commanding, more confident or more connected to the music that inspires him. His albums carry on the spirit of a time nearly forgotten. They tap into the rich core of roots music and further the legacy of American folk. And perhaps most importantly, they show the full range of Willie Watson's artistry, matching his instrumental and vocal chops with a strong appreciation for the songs that have shaped a genre. "I try to take songs I can relate to and that I can sing with urgency, that I can feel," he says, humbly. "I'm just happy if people dig it."

These days, Watson juggles his time as a touring musician with his other two passions, his own clothing company, the Willie Watson Manufacturing Co., and his newest side job -- acting. He had a featured role in the Coen Brothers movie The Ballad of Buster Scruggs, where he sang the Oscar nominated song "When A Cowboy Trades His Spurs for Wings," and is currently in the Old West drama Redeeming Love.