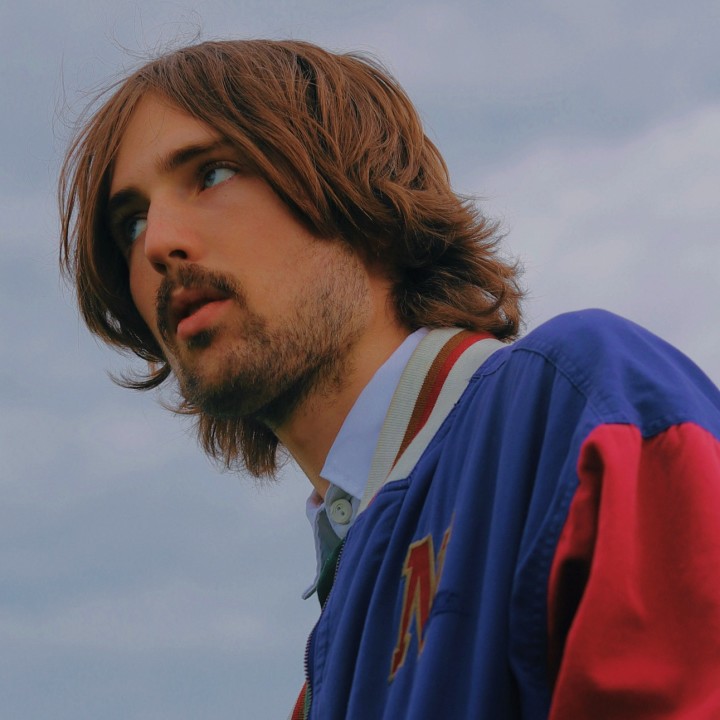 Will Joseph Cook makes music that will put a smile on your face. The indie-pop dreamer's third album, Every Single Thing, is an exercise in joy: a collection of unashamed love songs, it's a bubbling and exuberant reminder to cherish the present.

"I felt that from a cultural perspective, not that many people write about love in a positive way or from a perspective of being happy anymore," Cook says. "Most of the sincere, biographical writing these days is about a break up or the pursuit of love, whereas I just wanted to celebrate the moment I was in rather than looking forward or backwards. I wanted to see what a sincere love song sounded like in 2021 and share what I was feeling. All of the songs are real in that respect. They're all based on my life."

Aside from being in love and releasing a new album, Cook has bountiful reasons to celebrate this moment in time. The past 24 months have seen his life change exponentially. After he released his second album, 2020's chirpy yet reflective Something To Feel Good About, one of his songs, the glimmering and breezy "Be Around Me," went viral on TikTok. This wasn't just viral, though: for weeks the cutesy bridge of "Be Around Me" was inescapable, becoming one of the platform's most popular sounds with over a million videos made using it. "A good chunk of the top 200 videos will have had millions of views, too," Cook says, still in disbelief. "So how many times was it heard? It's kind of magical in that respect. Also, I had no control over it. Even if I deleted it, it's part of the internet. It's in TikTok's DNA. It's not mine anymore."

Such an explosive response to his music was validating for Cook, who says that he'd been feeling a bit of self-doubt about his place in music before "Be Around Me" blew up. Why? Because despite his young age, the 24-year-old is a little bit of a music industry veteran. Born and raised in Tunbridge Wells in the south east of England, Cook has been involved in music since he was a teenager, gigging locally and uploading music to YouTube and Soundcloud. His songs about the tumult and technicolour of teenage life captured the attention of managers and before he knew it, he had signed a major label record deal by the age of 17.

His debut album, the critically acclaimed Sweet Dreamer, was a demonstration of Cook's artistic intentions: written entirely by himself, it exemplified the many strings to his musical bow. It was a success, too, with Cook building up a dedicated fan following. But when talks began about making a follow up, he realised that he was experiencing a bit of an identity crisis. "All of my friends had gone to university or travelled," he says. "I'd had life experiences in a different way, but fewer personal ones to write about." Rather than take his label up on their offer of another record, Cook decided to go out and live a little: "It was a difficult time for me and a lot changed in that period: family died, relationships changed and I left the label. They weren't all inherently awful things, but a lot of life was happening. There wasn't any room or requirement to be making a record so I didn't."

That all changed after he was introduced to American musician Eric Radloff, who released music as Okudaxij, and writer-producer Matt Parad. Together, they helped Cook bridge the gap between the music that he loved listening to and the music that he wanted to create. "That changed everything for me," he says. "It wasn't until I developed relationships with American musicians over the internet that things started clicking into place."

Travelling back and forth to LA to record with Radloff and Parad, Cook's second album, Something To Feel Good About, was born. A record of two halves, it captured the celebratory feelings of this renewed creative agency but balanced it against stormier, existential topics and a stark sense of vulnerability. "2019 was an awful year for me in a lot of ways and so there were a lot of struggles punctuated with moments of exciting creativity," Cook says of the record. "Looking back at it, there are a lot of neurotic lines there."

Owing to the thematic nature of the album, Cook decided to release it in two parts, although by the time the full record was out in the world, "Be Around Me" had already become a social media sensation. "It felt super affirming that I had made something that has the potential to do that," he gushes. " I mean, I almost deleted the most viral part of the song because I thought it was a risk. It made me laugh when I heard it so I kept it in. So to have what, for me, felt like the biggest risk on the record so widely applauded helped me realise that I can just be me."

Connecting with Parad online again early in 2021, Cook began work on his third album, Every Single Thing, in earnest. "At first we were working remotely on a painfully slow countryside internet connection," he remembers. "We sent each other stems and ideas and the first few tunes came together like that. Then it was just a case of finding a way to meet somewhere."

That place ended up being Mexico. "I got an Airbnb for two weeks and we did all the pre-production there. In our suitcases, we had a mini-studio that we set up in an apartment block. We whittled it down to 10 tracks and went on from there to LA. Basically, you had to be in Mexico for two weeks and then you were allowed to enter the US. It was pretty wild," he continues. "But then I ended up being in the US for quite a while. I was away for two months and the album was finished and mixed. It felt old school. I went to a place, recorded and left with a new record. I think those limitations and those pressures were good. We were working every day. We had, like, two days off where we didn't make tunes."

This intense way of making an album was something that Cook says he had always wanted to do. "That was my biggest pet peeve with everything I had done to date: I hadn't felt like I'd had the opportunity to make something that felt concise and considered," he says. "It happened naturally, though. I was just so excited to be back in the studio again."

This enthusiasm is weaved into the fabric of Every Single Thing. From the hazy sunshine of opening track "Little Miss" to the buoyant indie throwback of "Bop" and the gorgeous camp-fire strum of closer "Guaranteed," it's a celebration of love that acknowledges the often-tumultuous journey that life can take us on. "I feel like the album covers every single thing about how I felt at the time I wrote it," Cook explains. "During 2020 I felt like everything had been reborn. All my opportunities were different. My opinions and thoughts about the world had changed. How I thought about relationships had changed. I was a lot more grateful for what was good in my life."

However, the record's jolly disposition doesn't mean that it lacks depth. Opening with the light tug of a guitar, the intimate "Today It's Raining," a song he wrote for his girlfriend whilst she was recovering in hospital during the pandemic when no visitors were allowed. It aches with the yearning and difficulty of maintaining a relationship at a time when a global crisis has forced you apart. The bouncy and pebbled production of "The Feels" disguises a slightly plaintive song that grapples with growing up and reckoning with your past. And "4AM" is a weird and wistful late-night explosion that cracks open during the chorus to reveal feelings that are so overwhelming that they might swallow you whole.

"Little Miss" was the first song written for the record. "I was with my friend Eric Radloff and I had just got a Nintendo Switch. We both love that shit and I was very much in my gaming zone" recalls Cook. "But I had been doing this thing on social media where I would take classic Nintendo soundtracks and writing melodies and lyrics to them. I wanted to do something with the Japanese, jazzy pop sound from those games. We were spitballing ideas and I gave Eric a brief of what I was trying to get at. Eventually we landed on the chords and from there it was just so easy. I had been away from my girlfriend for a good chunk of time, there was beautiful sunny weather outside and I just walked around my garden and wrote the whole thing super quickly. It felt like it had the same sexy, cheeky charm as 'Be Around Me.'"

"I've learnt a lot." Cook says. "I feel a lot more grounded. Life is never easy, but at least I have a better understanding of what is going to send me down a specific path. At the moment, I'm grateful for where I'm at now. I'm making album three. I've survived. I am an artist."