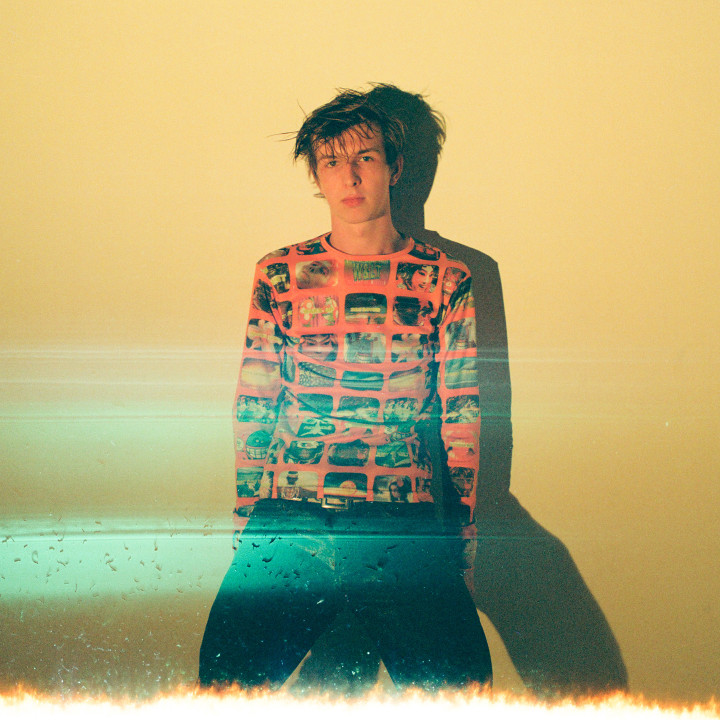 Whethan likes his music either very loud or very quiet. A hard-working producer and DJ, known for arena-pummeling collaborations and remixes, the loud part makes sense. Listen to his explosive take on "XE3" by Mssingno and it's obvious this is a young man who understands losing himself in low end. The quiet part, though, that's the surprise.

When listening quietly, he explains that he's accessing the most musical part of the song: "I'm not listening to the bass, I'm just getting the vocal -- the highest part of the frequency. You can hear that clearly and imagine everything else."

Imagination is fundamental to Whethan's music. As a producer, he'll work with a singersongwriter who brings him a finished track, forcing him to imagine a different life for those vocals. He extracts the voice and melody to fit it inside new bones. For the listener, Whethan's soundscapes become the score to your daydreams; his upcoming debut album is called Fantasy for a reason.

"It might be my favorite word," he says. For him, the word evokes "exploration and the feeling of diving into a new sound that I felt in my head. It feels like the right word when you're listening to the music."

He's correct. The opener, "Intro," featuring Chrome Sparks, is as transportive as electronic music gets. It's the feeling of a car racing through a tunnel at night, the amber ceiling lights splashing across the hood as the vehicle accelerates. It sets the tone for a cohesive yet varied body of work -- the culmination of years of effort.

Growing up in Chicago, Whethan (born Ethan Snoreck) first heard electronic music in his mom's car. It was Daft Punk's "Around the World," and he was too young to understand why it affected him so immediately. "At the time I couldn't figure out why I liked it," he says. "Now I know it's about the repetitive energy of dance music." He might not have had the language for it, but he was already on his way to understanding the ideas of musical tension and release that make people move. That would come in handy when he began DJing, but Whethan first explored making music as an aspiring rapper.

Aside from a brief stint playing violin in the fourth grade, rap was Whethan's entry into being an artists. "I was like 12 years old and really into hip-hop," he says. "I realized that I needed beats to be a rapper, so I jumped on GarageBand -- the only program I had access to on my iPad." It didn't take long before he realized he was better suited to the possibilities of production instead of punchlines and flows. "I fell in love with how fun it was to mess around with the sounds."

At 15, Whethan's remix of the moody club banger "XE3" took off on Vine, turning his hobby into a career. (The song has now been streamed tens of millions of times.) He recalls a friend sending him a video of Mssingno playing his remix at a festival. "I made that song on my terrible speakers in my room and now it's playing at a show with lasers and thousands of people." Soon after he played his first show, at the University of Illinois, opening for Louis the Child. "I had no idea what I was doing, but I've gone back and watched videos and I pulled it off," he says. "None of the shows hit quite like that first one."

Once he graduated from high school, he moved to Los Angeles, couch surfing and making friends with like-minded artists, including pop iconoclast Oliver Tree. "He's one of my best friends," Whethan says, and the friendship has provided the backbone for a strong collaborative relationship. (Whethan co-wrote and co-produced five songs on Oliver's debut album, Ugly Is Beautiful, including the single "Let Me Down.") "The more you work with someone, the freer you can be to try out weirder ideas."

Oliver's appearance on Fantasy is entitled "Freefall" and it starts as an acoustic guitar-driven ballad into a propulsive anthem. The album isn't afraid to begin someplace familiar before taking you on a journey to somewhere new.

"Hurting on Purpose" is Whethans first official collaboration with K. Flay. (Previously, he remixed "It's Strange," her track with Louis the Child.) Since its release, it's been streamed over a million times on Spotify, drawing in listeners with its genre-agnostic approach to hard feelings over a hard beat. Barely two minutes long, "Hurting on Purpose" gallops forward as K. Flay describes reckless partying and loving pain. "She sent me the song like three years ago," Whethan says, adding that it was fully produced -- in other words, an invitation to imagine it in a completely different way. "I loved it and got to nerd out for as long as I wanted to make the production perfect."

To Whethan, every act of creation is a remix. He hears what's there -- whether it's a voice note a peer sent him, a fully realized song from an artist he admirers, or just a melody in his head -- and then makes space for it to evolve into that brand new thing. What you're hearing, then, really is his fantasy; it's pure imagination.