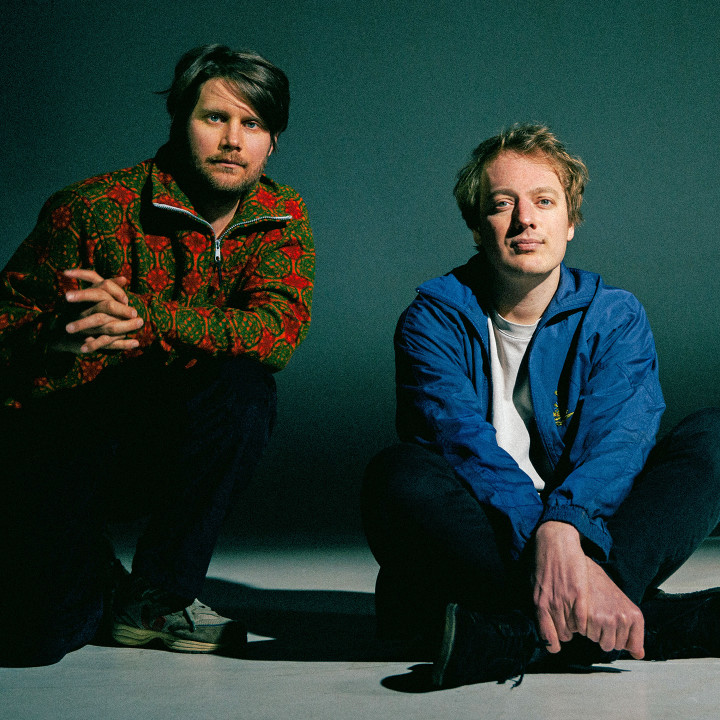 Critically-acclaimed Dutch act Weval (AKA Harm Coolen and Merijn Scholte Albers) arrive on Ninja Tune's Technicolour imprint with their new EP Changed For The Better. The duo hail from Amsterdam, where they have been cultivating a unique sound that balances high energy electronic funk and emotive synth arrangements with bold, beautifully composed melodies and songwriting. The duo recently embarked on a mission to rediscover themselves and what truly drives them, in a process of liberation from self- imposed constraints. Their creative process was reinvigorated with an uninhibited approach and Changed For The Better represents Weval unﬁltered, accepting themselves for who they truly are. It's sincere and heartfelt and unashamedly positive.

First meeting in 2010, Harm and Merijn formed their formidable creative alliance back in 2012 when they were both working in ﬁlm -- when Harm brought Merijn on board to assist with a music video for some friends in a band (two of whom are now part of their ﬁve-piece touring band). They began experimenting together, enjoying the music production more than the ﬁlm editing. Neither had experience of making music before forming Weval, so they have evolved organically together for the entire 9-year duration of their partnership. It's an ongoing project that evolves naturally, each new release a learning experience that feeds back into their creative output.

Their core inﬂuences growing up converge and contrast to produce a perfect balance. Harm listened to more subdued music during the nineties, "I always had a true sweet spot for sentimental pop and RnB and from the beginning 2000 hits from N.E.R.D. Aaliyah, Usher and Madonna." Harm commented. "After some time, I stepped away and discovered Yonderboi and St. Germain and that opened the door to Dave Brubeck, Miles Davis and the whole world of jazz. So much fun to step into new worlds, I guess the red line between all those things is that the sound was not screaming but more gentle and clean." Merijn grew up with more high energy stuﬀ, "for me, the ﬁrst time hearing those 90's movie soundtracks like Fight Club, Blade and the Matrix was really inﬂuential. Later on hearing DJ Shadow for the ﬁrst time, RJD2, Amon Tobin." Merijn added.

They recently built a brand new studio together, channeling their energy into constructing a retreat where they could resume, and expand, their musical experimentation. In this new space they maintained the playful attitude that has always been present in their production process. For Weval it goes back to the timeless adage that music is a feeling, inspired by the pure innocence of the emotions and feelings evoked as a child listening to a cassette in the back of a car while on holiday with your parents. Weval unearth that naive, untainted energy and capture an authentic feeling of youthful romanticism and sincerity, reﬂected in the artwork by Vasjen Kastro, where a vintage car (in fact, a 90's model that belongs to Merijn's parents, the same car he sat it the back of as a kid listening to music) is engulfed by a cloud at sunset.

Since arriving on the scene Weval have achieved resounding success. In 2013 they dropped their debut release with the Dutch label Atomnation, which was followed by their Easier EP on the German mainstay Kompakt in 2014. These were followed by two celebrated albums -- Weval in 2016 and The Weight in 2019, with Pitchfork hailing the duo as "the next great crossover artists," while Resident Advisor praised their "acute ear for melody and a skilled way with arrangement." In 2017 their self-titled debut was also awarded Best Dance Album at the Edison of Awards in their native Holland.

In 2016 BBC Radio 1 invited them to perform live at Maida Vale for their Residency series alongside Moderat, Darkstar, Gold Panda, Jessy Lanza and AKASE. On the road they've rocked stages with their ﬁve-piece band at a long list of prominent festivals from Nuits Sonores, Lowlands, Primavera, Best Kept Secret and Pukkelpop to Lightning in a Bottle, Rock en Seine, DGTL Amsterdam, Gottwood and many more. They have also sold out headline shows at the prestigious Royal Concertgebouw and iconic Paradiso in their hometown Amsterdam. Upcoming shows include a date with Metropole Orkest at Melkweg for the long-awaited ADE 2021.

Throughout Changed For The Better Weval instil an uplifting energy, merging emotive vocals with pumped up beats and highly aﬀecting melodies and riﬀs. All four cuts embody their reinvigorated outlook; The title track was made with a live audience in mind, splicing a funky bassline with Harms haunting vocals. 'Fire' was conceived in the tour van just before the pandemic hit and 'Should Be Fine' provides a comforting interlude, assuring the listener with its repeated vocal clip. Finally live show fan favourite 'Letter' closes the EP with a bombastic "ﬁnal farewell," as the duo bow out on an emphatic high.

11 years since they ﬁrst met and 9 since they began making music together as Weval, Harm and Merijn have achieved a state of self-acceptance and conﬁdence that shines through in their productions. In a world full of turmoil and trauma, Changed For The Better oﬀers hope and comfort. Born of the desire for playing live again to a big crowd the EP feels imbued with positivity and a renewed sense of optimism. Here Weval reveal their true nature, revelling in their liberation and setting a clear course for where they'll go next.