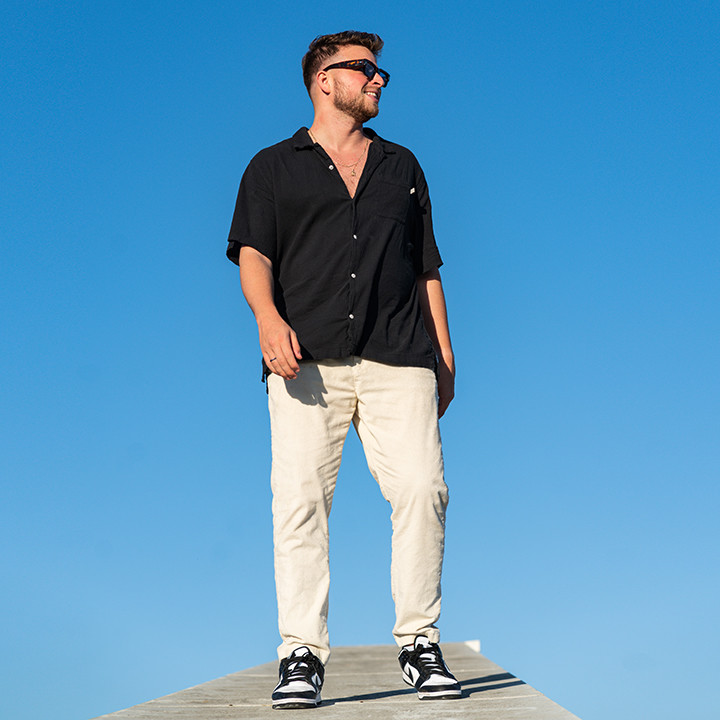 After bursting onto the scene in 2018, New York City-native, Westend, got his first taste of what it is like to be an up-and-coming artist on the US tech-house circuit and couldn't get enough. The next few years he skillfully carved his upward trajectory with successful releases on tastemaker labels such as Solotoko, Techne, Club Sweat and Insomniac Records. In addition to strong releases, Westend received consistent support from global power houses such as Diplo, MK, Gorgon City, Claude Von Stroke, Joel Corry and more. Westend found a silver lining in the 2020 shutdown by working with over a hundred tech house producers online via 1-on-1 mentorship and an open door policy into all things production. He now runs a production discord titled 'Kick & Bass' with over 160 tech house producers all eager to improve with his direction. 2021 proved a career-defining year for Westend, starting the year with a fresh take of Musique's disco anthem 'Keep on Jumpin' with fellow NYC producer CID, released on Lee Foss's established Repopulate Mars. The tune peaked at #2 on Beatport's overall charts for over 4 weeks and is approaching 4 million Spotify streams. After several other successful releases, Westend set his next goal as a Beatport #1 and achieved this with his and CID's second collaboration at the start of 2022, "Let Me Take You," on Armada Subjekt. The song helped grow his monthly Spotify listeners to over 1.5 Million and placed him as the 13th highest selling artist on Beatport. The rest of the year and into next is sure to reveal Westend's continued rise with goals of growing internationally and more #1 releases.