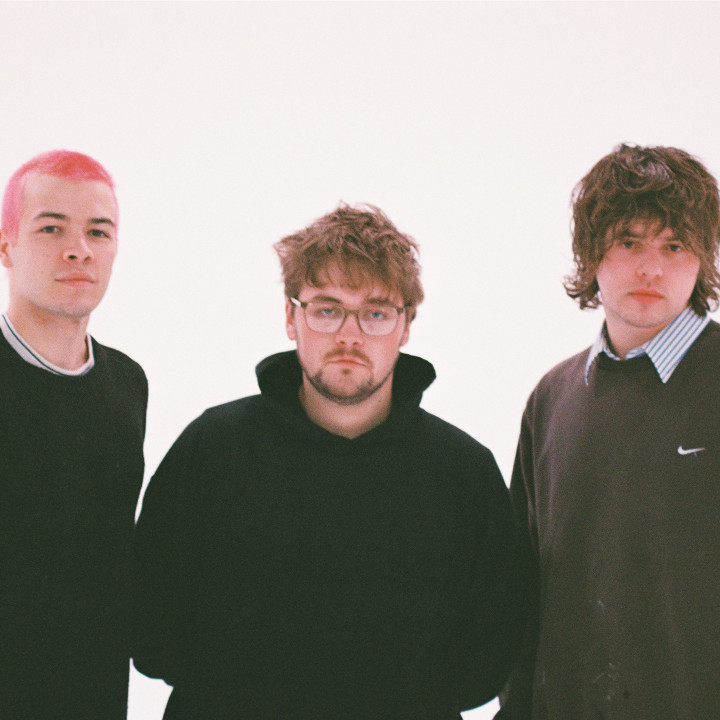 Texas-based producer, songwriter trio WAVEDASH became known for their unique style of meticulous sound design. Luke, Michael, and Gavin arrived on the scene in early 2016 via Skrillex's OWSLA label with their debut single "Bang," premiering on the inaugural episode of "OWSLA Radio," the imprint's Beats 1 residency, leading the way for the next generation of bass music and unfiltered sound design. With continued renown over the next few years, WAVEDASH look to defy set expectations and push the bar for contemporary dance music on their debut album World Famous Tour.

Growing up in Austin, TX, the young friend group became fixated on the modern 21st-century dance music movement from the likes of The M Machine and Porter Robinson, while drawing influences from genre-bending innovators Jai Paul, Hudson Mohawke, SOPHIE, and Aphex Twin.

WAVEDASH raised their profile year by year following debut single "Bang," with three EPs and multiple singles under their belt across Insomniac Records, Mad Decent, and Mad Zoo with accompanying unorthodox merch line featuring hot sauce, cassettes, and hand-carved hymn books. The remainder of 2019 going into 2020 has been spent working on their debut album, with a full 20-date bus tour alongside NGHTMRE mixed in along the way. At this point, heavy hitters such as Porter Robinson, Skrillex, and DJ Snake have personally given the trio their stamp of approval.

Spring 2020 saw the premiere of parts of the unreleased album in an emotion-filled set at Porter Robinson's Secret Sky virtual music festival. Luke, Michael, and Gavin are bringing World Famous Tour to life in the most raw and unrestrained manner, bogged down by depressive episodes and expressing the internal conflicts of crafting the music they have always wanted to manifest.

Connecting the visual and sonic elements of the project is experimental Russian artist, Anton Reva, who's worked with Bad Bunny, The 1975, and Yves Tumor. Wearing their mid-aughts influences and upbringing on their sleeves with a clear pivot from the single-focused commercial landscape of electronic music, WAVEDASH is bringing their unrestrained world and full vision on World Famous Tour.