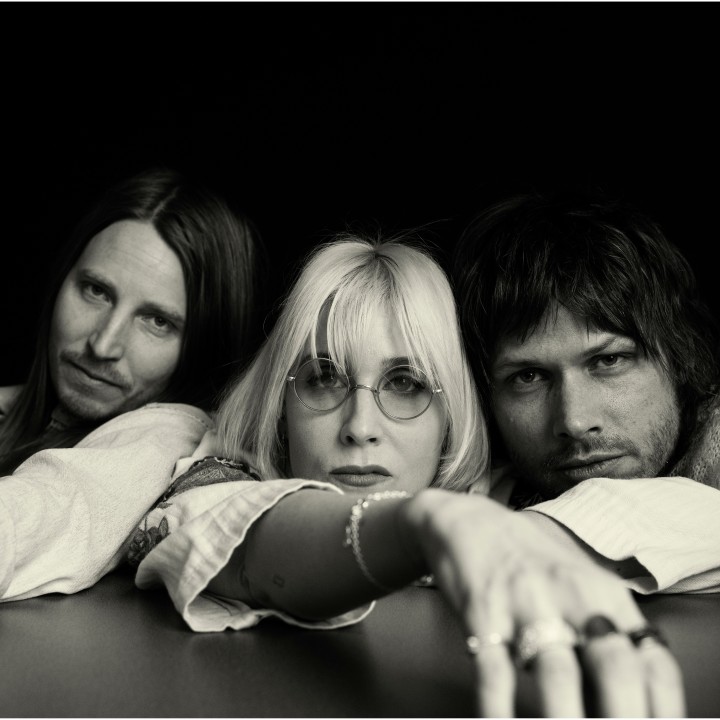 Fairytale endings are more often than not consigned to childrens' books and cartoons in this day and age, but the story of Emil and Caroline Jonsson -- two of the brains behind ViVii -- brings a little magic back to reality.

The Swedish pair, born and raised in the coastal city of Gothenburg, met at summer camp as children and formed a strong, life-long bond that pulses powerfully decades later. Friendship swiftly blossomed into romance -- "he was beautiful, he was gorgeous, and I fell in love instantly!" says Caroline -- and by their late teens their were a couple; by their early twenties they were wed. The childhood sweethearts then embarked on a dream honeymoon to New York City, staying so long they had to traverse the Atlantic multiple times to renew visas. Eventually, funds dwindled and they had to find work, with Emil reviving his teenage modelling career to supplement their vacation of a lifetime -- but that's far from the end of the hurricane tale.

A chance encounter at an Eric Roberson gig -- part of their trip's purpose was to absorb as much music as they could -- led to a wild journey with soul sensation Tye Tribbett. An instant connection erupted between the trio ("he had a crazy energy," says Emil), and they spent a few heady months touring the East Coast as part of his gospel choir and immersing themselves in a completely different lifestyle than they were used to, fulfilling one of Caroline's lifetime goals in the process. But still, they weren't done.

Emil and Caroline lived a full, enviable life before deciding to relocate to Stockholm and focus on themselves. Life, of course, had different plans, and soon they were blessed with children; and this is where ViVii begins life in earnest. Perhaps surprisingly, young children didn't derail musical ambitions -- quite the opposite. "When the kids came we got to actually write and record," explains Emil. "When they arrived the structure came into our lives. We knew we had to do it then."

So the duo got down to business on their own sounds, fusing tones and melodies and taking inspiration from the music of their youth: the old tunes crackling on grandparents' vinyl records, hymns from church, indie-pop jewels, classical opuses ("Bach, of course,") and gospel choirs. Still, something was missing.

"We work with another guy, but he doesn't like the limelight at all..." Emil starts.

"Anders is amazing, he loves all noises," continues Caroline. "It took ages, we were so slow before, but once we met

Anders it became easy -- we are all slow workers individually but together it's beautiful. It's always so natural."

With Anders thrown into the mix, ViVii galloped into life: "he slowly but surely grew into our producer and a third

member of ViVii. He has the same kind of background, he grew up with the same "hymns," and together with his sounds and ours, somehow magic seems to appear," explains Emil. He quietly supplies guitar lines and Emil and Caroline improvise vocal melodies over the top and summon swarms of sound to get lost in. Although they tried to write lyrics about the world around them, the couple always found themselves sculpting tracks focused on their relationship and life together -- and so this first EP, a four-track collection of dreamy, delirium-laced pop bolted thick with layers and gossamer strands, serves as a perfect introduction to their story. As Emil puts it: "These are the first songs we made when we started making music, and they have to come first... it's our love story, it's about me and Caroline."

The first glimpse of their saga is "Siv (You & I)" -- a Lykke Li-flecked escapade pumped plump with harmonies and zither. It's a bittersweet ode to the pains and joys that real life brings -- you take the good with the bad and it reminds you that you're still alive -- and it's dedicated to a special figure in the lives of Emil and Caroline: "We had this babysitter called Siv who looked after our kids for quite some while, but she passed away two years ago. She had an old zither she played in the church, and when she passed she left it to us. This is the first song we wrote on that zither -- that's why it's called 'Siv (You & I).' It's a hymn for her."

Another gem on the EP is "Savant" -- it's intricate and uplifting, and each bar is packed tight with butterfly-inducing heart. "It's about having superpowers," laughs Emil. "In life you need them but you don't have them -- so that's what it's about, and not wanting to be yourself and wanting to be someone else."

ViVii's EP is not just a collection of refined, mystical, undefinable music, but also an immensely personal achievement. Emil and Caroline have worked tirelessly to get to this point, nurturing themselves and their relationship from summer camp to New York to tour life to parenthood. Although the songs came fast in the studio, the journey to this point has been arduous.

"So many years people have asked where our music is and I'm excited to finally have something to show people," explains Emil. "With music it's like air -- you're making melodies from air and you're making beats from air."

"We didn't think we would ever get this out," Caroline adds. "It's taken so much time to get people around us that we enjoy and feel safe with. We've been doing this for so many years and our friends and family, they're like: 'Are you actually doing anything?' We can't wait to show it to people. For our kids too -- to show them what we've been struggling on!"

Through the years and years of their Odyssean trek Emil and Caroline have been able to rely on each other and the love they share, and in the music it's obvious that this love conquers all.

"We've been friends for such a long time and there's a sense of security when we work together," says Emil. "In the moment of making the magic appears -- it's the best thing. For me writing music is so intimate I need to feel safe in that."

"I never want to be apart from Emil," Caroline finishes. "I will always love sharing everything with him. I wouldn't have it any other way. This is the way we want it."

It's taken ViVii decades to reach this point -- a fairytale ending with a full EP of glorious, gorgeous music to show for it. Everything has led them to a dizzy high; but this is no true end to anything -- this is just the beginning.