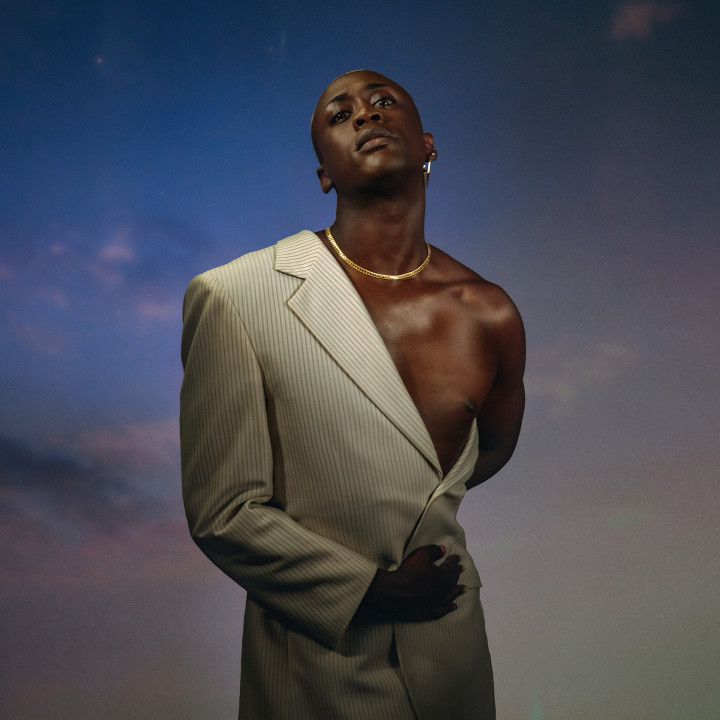 Hailed by PAPER as "one of the greatest vocalists of our generation" and "a legend in the making," by Billboard, VINCINT's mission is clear. "I make music to make you cry and make you dance," he explains. "But most importantly, to make you feel something."

Since a star-making turn on the Fox competition series The Four in 2018, the Philadelphia native has dominated national conversations and captivated millions across the globe with big-hearted pop music, sang proudly through "a megaphone of self-love," as described by LADYGUNN. His 2020 debut EP The Feeling was met by critical applause and led to the single "Be Me," a recent hit that catapulted the artist to stratospheric heights last summer after it became the official Season 5 trailer track of Netflix's smash series Queer Eye.

VINCINT's songcraft and radiance has brought him to our culture's most beloved stages, highlighted by headlining performances at Los Angeles Pride, multiple sold-out shows in New York City and Los Angeles, and the 2020 Oscars as part of Cynthia Erivo's choir to name a few. Current obstacles in the way of connecting live music with fans are no match for his irrepressible desire to reach his audience, made easier now with his newfound viral following on TikTok.

Now as the world readies to end an era of isolation, leave it to VINCINT to provide a cathartic soundtrack courtesy of his triumphant debut album There Will Be Tears. An emotional rollercoaster through the artist's psyche, it's a pulsating love letter he hopes can translate into a breath of fresh air. "We deserve to be as excited as we were when we were teenagers and that's where this album came from," he says. "I wanted it to feel like euphoria."

Concocted during the tumultuous summer of 2020 when the Black Lives Matter movement swept the country, with the political atmosphere tense and the pandemic raging, the roots of There Will Be Tears came from a period of deep personal soul searching. "Everyday we were being bombarded with awful news, and I was also putting myself out there marching, doing interviews and working with organizations," VINCINT explains. "At the end of the process I just felt so drained and found myself empty. I had to really shut off from the world to find myself."

The artist only "became human again" after throwing himself into the creative process. "I covered my room in postcards and index cards,wrote down all of the things I wanted to say and all of the things me and everyone else lost."

The resulting songs beg for a disco ball and a dance floor, including the aforementioned "Hard 2 Forget," inspired from a time he says he felt nonchalant about his feelings, writing it as a call to action for his own emotions. "YOU," meanwhile, starts off with his mother's voice and serves as a love letter to her, overflowing with passion in his vocals in the process. "It's about how the reason why I was staying so far away is because I'm protecting you," he says. "I also wanted to put so many different elements of my life as a Black man into that song, as well as many others to show that there is also joy in the midst of all of the shit that we go through."

It's a joy that also extends to a who's who of collaborators, including fellow pop stars like Tegan and Sara. The duo is featured on the pulsating "Getaway," their harmonies complimenting its glistening percussion. "That was the first song I wrote for the album and I knew it needed something else," VINCINT says of the collaboration. "I sent out a tweet that Tegan and Sara would sound so good on it, and Tegan said 'Great, message it to me.' She recorded her verse that night."

In addition, Qveen Herby, Parson James and Alex Newell also make appearances. Behind the scenes, VINCINT teamed up with the indie producer STORYBOARDS on production, while co writers include the songwriting powerhouse JHart (Jennifer Lopez, Justin Bieber and Zara Larsson) and fellow pop star Betty Who.

"The first time I listened to the full album top to bottom, by the time it was over I was just sitting there with my face drenched in tears," he remembers. "I went through all of the emotions I was missing and realized that this is what it feels like when you make something you love. It's not just something I felt like I wanted to create, but something I needed, craved and desired for my soul."

It's all enough for Out Magazine to declare: "You want to talk about a singer?! My god."

People: Meet the 25 Emerging Musical Artists You Should Add to Your Playlist This Fall