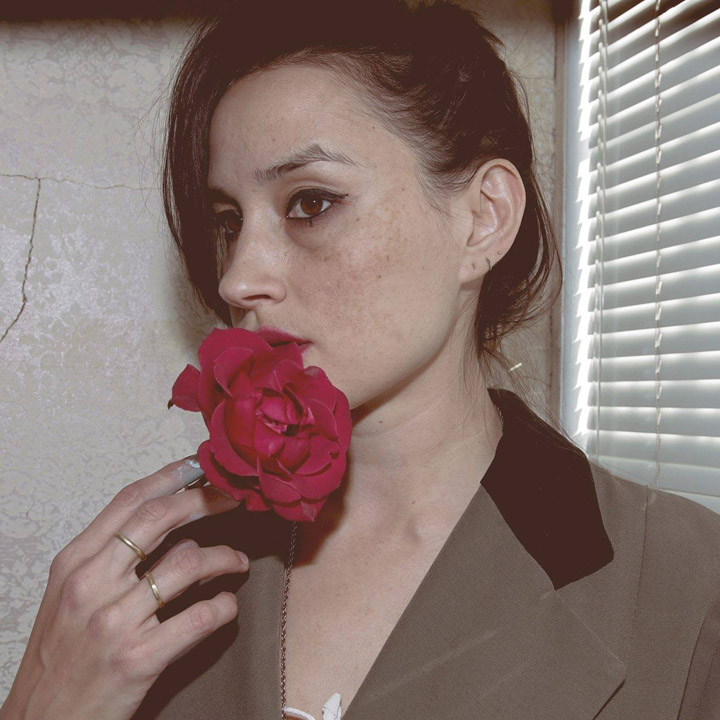 The youth soccer fields of suburban Los Angeles are not where most Warpaint fans would expect to find Theresa Wayman, the band's singer and guitarist, these days. Yet this is her life when she's not on the road: a full-on single soccer mom, watching her son practice and resisting the temptation to offer unsolicited advice on field position, advice borne from her own days playing youth soccer.

It's been 14 years since Wayman and her bandmates formed Warpaint in their early 20s, far removed from those soccer fields. The four women in the LA-based band have put out three LPs and one EP, with critical acclaim focusing on their "hypnotic" and "sensual" sound of "bedroom folk." The band's creative process is collaborative: they share songwriting and vocal duties, and they even switch instruments.

But 14 years is an eternity in the music world, and the flip side to this democratic process is that the group supersedes the individual. LoveLaws, Wayman's solo debut, allows her explore ideas that otherwise are difficult in a band. Though she's a guitarist, she's not much inspired by other guitarists. It's been beats, basslines and samples since her teenage years. "I've never wanted to be a rock person, so I'm finally fulfilling my vision from 20 years ago," she says. Bjork is a big influence: Wayman wants to create songs "in the same way that Bjork did."

Warpaint's touring made it hard to stay on a consistent creative schedule, so she recorded at her home studio, on the road, in London, and in Warpaint's Los Angeles rehearsal space. She's a one-woman band on LoveLaws, playing bass, guitar, and synth. She also programmed the drum beats on most of the tracks. Wayman also had a little help from her Warpaint bandmates. She co-produced the album with her brother Ivan Wayman, who contributed his expertise in both engineering and production. Wayman enjoyed the creative independence on LoveLaws because while she loves to collaborate, she says, "It was nice to pilot my own ship."

LoveLaws reflects Wayman's growth as a musician. For years, she didn't much revise lyrics or music because she thought that the first idea was the best. "I don't want to string a song along and beat it to death. It's going to sound lifeless if I try to make it perfect. A raw sound is the better sound," she said in 2016. But she changed when she started having a love-hate relationship with LoveLaws. Wayman became a better artist thanks to this self-awareness. She was "enlightened" by how hard she was on herself. She says, "I now trust that part of myself that second guesses. I could never do that before. When something isn't quite right, I'll set it aside and come back to it to make sure I still love it."

But perhaps more importantly, LoveLaws reflects Wayman's personal growth over the past 14 years. She's writing as a mother "coming from a position of what it's like to have and to get unconditional love." LoveLaws is also about the ups and downs of romance, viewed through Wayman's experience as a traveling musician, where the routine can be maddening in its loneliness and where relationships are difficult.The songs were her way of processing this loneliness. "I don't often meet people, but when I do they aren't really in my world. I see them for a moment, then that's it," she says. "I have to be OK with a transient love life -- or more accurately a love life that I can live inside my head." The result is an album that, in Wayman's words, is "down tempo, pretty sexy, and a bit emotional. I'm a romantic person in a world where a relationship is difficult. But I also needed to be on my own and not force a relationship."

Wayman's personal growth plays out on songs like "I've Been Fine." She wrote it at the height of emotion after a break up, and the song just poured out. Through writing it, she learned that "when you're on your own, it's almost exciting. You can dive back into things that make you who you are." LoveLaws shows us that fourteen years of music -- and quite a few youth soccer fields -- have brought Wayman closer to that personal and professional fulfillment.