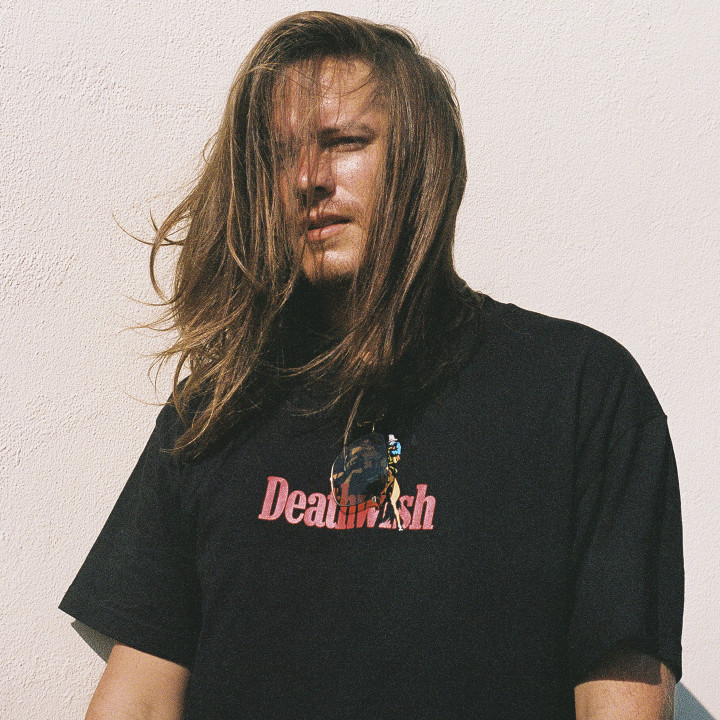 A leader in the Los Angeles bass scene, producer/DJ Tsuruda is a classically trained musician who commands a distinctive sound that blends elements of experimental hip-hop with avant-garde electronics. First debuting in 2014, Tsuruda has captivated wide-eyed audiences with his dynamic sound and hypnotizing live sets, which have taken him to marquee festivals like Shambhala Music Festival and EDC Las Vegas, in addition to his own solo tours throughout North America and beyond. His expansive discography -- which comprises six full-length projects, two compilations, the breakout FUBAR EP, and numerous releases on tastemaker labels like Team Supreme, Darker Than Wax, 1985 Music (Alix Perez) and Division Recordings (Noisia) -- is one of the most impressive bodies of work in independent electronic music. Tsuruda today stands at the upper echelon of bass music culture as an in-demand producer and internationally touring act.

On his FUBAR EP (October 2019) -- independently released and distributed in partnership with cutting-edge Los Angeles imprint, Alpha Pup -- Tsuruda expands his sound into the outer limits of bass music. FUBAR, an acronym for Fucked Up Beyond All Recognition, sees the producer synthesizing and mutating his sound into all shades of bass music -- halftime, dubstep, garage and everything in between -- while still retaining his signature L.A. beat scene style. Created with the high-intensity energy of a club and festival setting, FUBAR features nine hard-hitting tracks, including standout singles "Dragon of the Darkness Flame" and "Kimchi Crisis," plus "Little Mac," a collaboration with Mr. Carmack. With FUBAR, Tsuruda enters his next creative chapter, one marked by a deeper sense of bass experimentalism and open-minded creativity.

Widely known for his idiosyncratic, third-eye-opening sets, Tsuruda is unmatched on the live front. In addition to headlining and high-profile sets at Infrasound Music Festival and Daybreak Festival, he's delivered mind-bending performances at some of the world's leading festivals and marquee events. In 2015, he joined G Jones and Slow Magic side by side for a legendary sunrise set at Emissions Music Festival. In 2017, he performed at the Oregon Eclipse Festival, a once-in-a-lifetime honor for the producer, followed by a supporting slot for dubstep icon Bassnectar at his Bass Center arena show. One year later, in 2018, Tsuruda was handpicked as one of the select artists to close out Low End Theory, the influential weekly series that birthed the Los Angeles beat scene. That same year, he unloaded unforgettable performances at premier events Shambhala Music Festival in Canada, where he dropped two sets, and Electric Forest, where an intimate crowd of 50 festival-goers mushroomed to 3,000 within minutes during his set.

Elsewhere, Tsuruda has toured with the biggest beat-masters in the scene, including Mr. Carmack and Shades (EPROM and Alix Perez). Most recently in 2019, he made his debut at the internationally celebrated EDC Las Vegas, joined G Jones on his Ineffable Truth Tour, supported Amon Tobin across a number of US dates, and headlined his own solo tour in the fall in support of his latest release, FUBAR. Tsuruda now enters 2021 with a growing schedule of upcoming tour dates and new music on the horizon.

Tsuruda's musical trajectory has been marked by a swift push into the bleeding edge of underground music and culture. Now laser-focused on making more music than ever, Tsuruda today expands his ever-evolving sound to new dimensions.