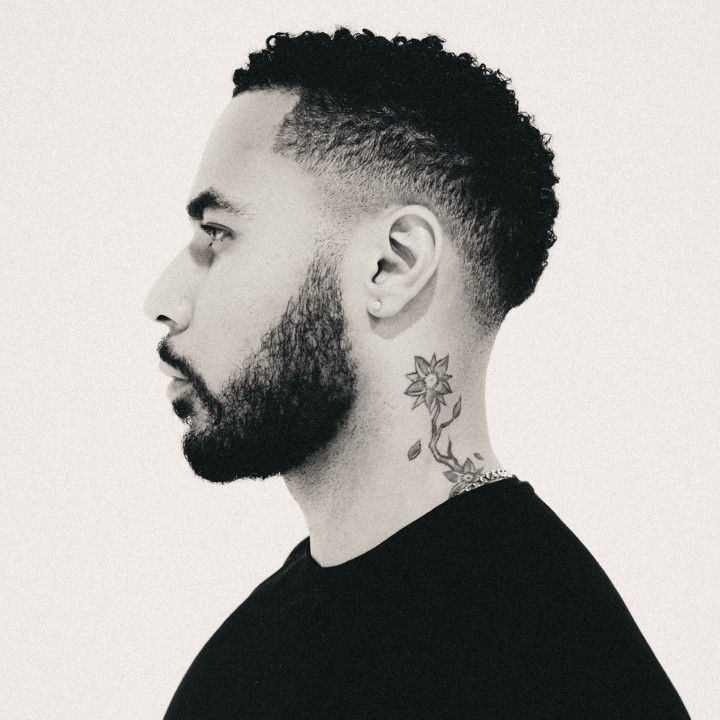 T-R-O-Y-B-O-I. These letters are chanted by the masses at his shows, but the question is who is the artist incorporating stunning visuals, live instruments, talented dancers, and those jaw dropping aerialists?

Troy Henry, the elusive producer who has classified himself as a music manipulation specialist got his start making his beats standing up in his London studio apartment kitchen with his MacBook and a midi keyboard. Today, the TroyBoi Experience is indeed a musical journey of hard-hitting beats, lights, visuals, and the unexpected. While his musical style can be broadly classified as trap, it's extraordinarily unique, versatile, and fuses various textures from multiple genres. He is of Nigerian, Indian, Chinese, and Portuguese descent, and credits this (along with growing up in London, with its own blend of cultures and genres) for the diversity that is reflected in his music. Beyond his career releases which include his debut album Left Is Right (2017) and series of V!BEZ EPs in 2018 and 19, his productions have caught the ear of major music stars. His 2018 remix of Billie Eilish's "MyBoi-TroyBoi Remix" has garnered almost 79 million Spotify streams and in 2019, Rihanna featured two of his songs "Do You?" and "Malokara" at her SavagexFenty show, seen globally via Amazon Prime during New York Fashion Week. TroyBoi's sound has evolved from when he began his musical journey to now headlining at some of the world's largest festival stages such as Coachella, Lollapalooza (Chicago & Paris), Life Is Beautiful, HARD, EDC China and Electric Zoo, Sunset Music Festival, just to name a few as well as holding down a new residency at Elia Beach Club in Las Vegas. While the music industry was at a stand still due to the pandemic, Troy was working on new music/collaborations to come back stronger and more innovative as ever once live music was back. And Boi did he. In 2020 released, his highly anticipated V!BEZ Vol.4 featuring top hits like, "Do You" and "Bellz."

One of his first festival appearances post pandemic, was the long-awaited return of Outside Lands Music Festival in San Francisco, where Troy had one of the largest crowds in the history of the festival. In early 2021, he released more hits like , "Mad Ting, Buss It, and of course "RedEye" with Justin Bieber which currently has over 48 million streams on Spotify.

In 2022, Troy has been hard at work on a brand new EP and headlining more festivals and shows worldwide. Troy has a true love and inspiration for Latin Music and he has plans to pay homage to that in his next new EP titled "INFLUENDO." He was inspired to complete this project due his reflection of his admiration for the culture during his travels throughout various countries.