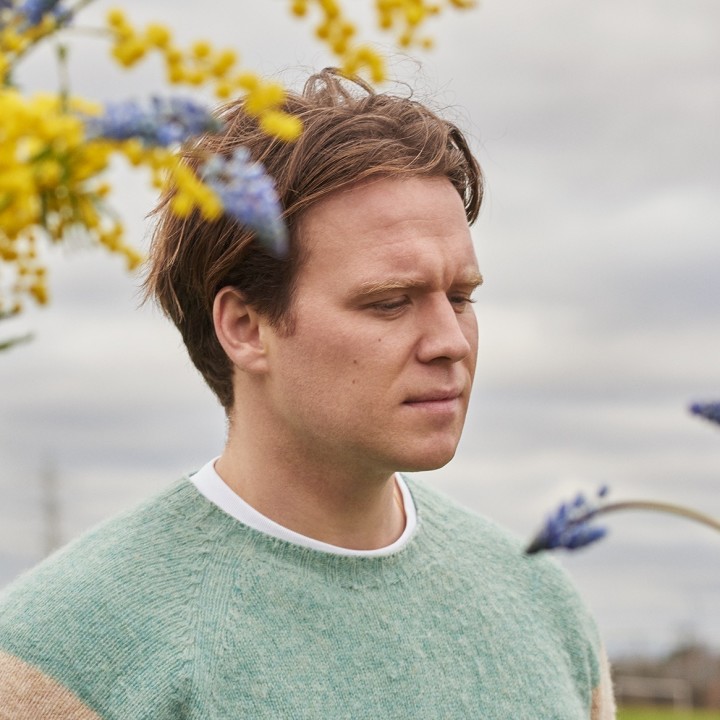 In 2015, William Phillips won a Grammy Award for Song of the Year, as a co-writer for Sam Smith's 'Stay With Me.' "It's an absurd compliment," he says, "but my intention has only been to write music and work with great musicians." Since then, Phillips has released three albums as Tourist -- 2016's 'U' and 2019's 'Wild' and 'Everyday' -- and several solo EPs. He's also remixed Christine and the Queens, Churches, Deftones, Wolf Alice, Swedish House Mafia & The Weeknd and Sofia Kourtesis. In May 2022, his fourth album, 'Inside Out,' will be released on Monday Records. Growing up, Phillips fell in love with dance music: Goldie, Daft Punk and MJ Cole were favourites. In 1999, he started making beats on production software Reason; later, he taught himself piano by listening to his fathers pop records. It's a process he put to the test in the Covid-19 pandemic. After hearing the devastating news that a friend had passed away, locked down with his phone, laptop and a keyboard, Phillips started writing 'Inside Out.' Though it came from grief, 'Inside Out' is tender and uplifting, with kaleidoscopic fragments of garage grooves and French filter house. After playing Coachella and Glastonbury, opening for Bonobo on tour and selling out two nights at Village Underground, Tourist is preparing a new live show that will make his dreams come true: to feel everything, with everyone, through dance music.

In 2015, English songwriter and producer William Phillips achieved something extraordinary: he won a Grammy Award for Song of the Year, as a co-writer for Sam Smith's 'Stay With Me.' He's still "bewildered and delighted" by it. "Winning a Grammy is an absurd compliment; it's shorthand, like a musical Pulitzer. But my intention with music has never been to win Grammys, only to write music and work with great musicians." True to that aim, Phillips, better known as Tourist, has released three solo albums -- 2016's 'U' and 2019's 'Wild' and 'Everyday' -- on Monday Records. They bolster a discography dating back to 2012.

Alongside several EPs, he's remixed a striking variety of artists; from Christine and the Queens Churches and Deftones, to Wolf Alice, Swedish House Mafia & The Weeknd and Sofia Kourtesis. In May 2022, his fourth solo album, 'Inside Out,' will be released on Monday Records.

Born in London, Phillips moved with his family to Cornwall as a young child. Although his surroundings were beautiful, they were also lonely for a boy who missed city life. To escape, he found solace in the music of London. Nights were spent listening to jungle, drum & bass and garage on pirate radio stations (through RealPlayer, on low-rate internet connections). Goldie, MJ Cole and Daft Punk taught him what dance music could be -- even if he was too young to go raving. Before moving back to London to study music at university, the closest he got to teenage raving was Bristol, where trip hop's melancholy headspace allowed him to see that electronic music could be emotional and introspective, as well as ruff 'n' ready.

Tourist's music comes from the analogue and digital worlds. In 1999, aged 12, he stumbled across music production software Reason and started making beats. He also taught himself how to play piano by listening to his fathers Talk Talk, The Cure and Human League records, trying to figure out the melodies. It's a process that informed his songwriting: "You can talk to someone for hours and get nothing back emotionally, but play a single note and you change someone's consciousness."

It's also a process that was put to the test. Early in the coronavirus pandemic, Phillips heard the devastating news that a close friend had passed away. Locked down at home with only his phone, laptop and an OP1 keyboard, he started writing the sample-based songs of 'Inside Out'; songs that "describe what I wanted to feel musically with others, and indebted to this important person to me. It was a healing process. Lots of people were writing ambient music in lockdown because life felt so stressful, but I wanted to write music for dancing with friends."

Though it came out of grief, 'Inside Out' isn't a maudlin album. It's tender and uplifting, with kaleidoscopic fragments of the dance music he loves: swinging garage grooves, chunky bass and the melodies of French filter house. The final moments of 'Inside Out' are a recording of Phillips' daughter's heartbeat. Born in December 2020, she's been a ray of light in the darkness of loss: "parenthood makes life so sheer, I feel everything so much more now, including my music." And while he's grateful that the lockdown allowed him to be close to her, he's also readying himself to return to the stage. After playing festivals like Coachella and Glastonbury, opening for Bonobo on his Outlier North American tour and selling out venues like Village Underground, he's preparing a new solo live show blending analogue and digital elements and live visuals that will make his life-long dreams come true: to feel everything with everyone, all at once, through dance music.