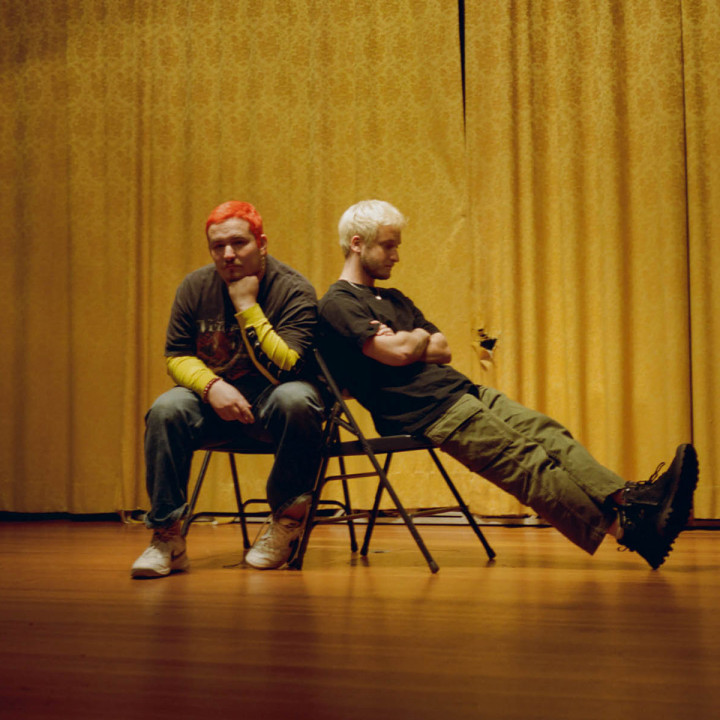 Dan Álvarez de Toledo and Jordan Dunn-Pilz have a special bond. Growing up in Newburyport, Massachusetts, the two were fast and unshakable friends through sleepovers, school choir practices, and discovering formative bands, to the point that now, as roommates in Brooklyn, they finish each other's sentences. This shared history and obvious love for each other are tangible in their songwriting project TOLEDO, named after the Spanish town and Álvarez's familial namesake. Their music, which is full of seamless harmonies throughout, skirts the softer edges of indie rock and the darker fringes of pop with each song imbuing a heaping dose of vulnerability and emotional openness. TOLEDO's new single "L-Train" is out now on Grand Jury Music.