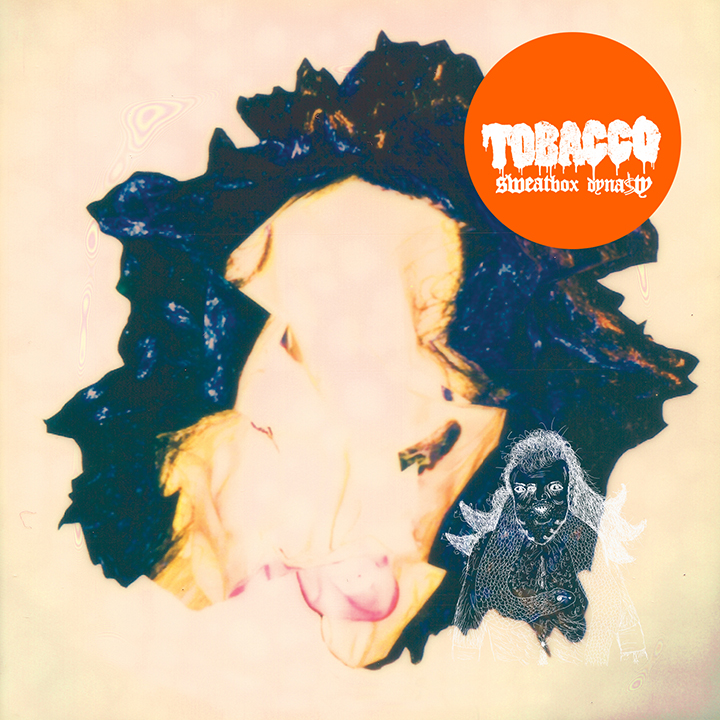 On his third album, the Pennsylvania snake-synth-charmer deepens his approach to aural depravity. Ultima II Massage widens a jagged swath through the dude's own weird catalog, each disparate track damaged to the point of contributing to some sort of greater, lurching Frankenstein-like state. "I spent a lot of time breaking it in all the right places," says TOBACCO. "It ends up making the whole thing breathe -- sometimes gasp for air. It feels more alive." Immediately after finishing 2010's Maniac Meat, he went to work on the beat-addled series begun with Fucked Up Friends in 2008. There were notable breaks en route to now -- a surprising commission to remix White Zombie's "Thunder Kiss '65," a new Black Moth Super Rainbow record (Cobra Juicy), and producing Demon Queen's Exorcise Tape with vocalist Zackey Force Funk -- but he saved the worst for last, amassing the most misanthropic material for Ultima. To wit, SPIN dubbed early share "Lipstick Destroyer" a "junkyard takedown of Daft Punk's beloved, pristine electro."

TOBACCO explains his modified approach: "I wanted to push each song just enough, so that even when the album's at its wildest, it's something you can zone out to. It feels like a definitive end to a concept I've been trying to perfect forever.Maniac Meat was linear. This time I wanted to do a lot of different things and have them come together as one meditative piece. At least for myself."

Which, oddly enough, makes sense. This is easily TOBACCO's most diverse set to date -- his own Stereopathetic Soulmanure, but about that 1-900 hotline life: massage parlors, plasticized sleaze, fake tans, old dial-ups to the fan clubs of dead B-actors. Fittingly, the album's only contributor is Beck music director Brian LeBarton who shrieks as Notrabel on the grimy freak-out "Streaker." At 17 tracks,Ultima is stacked with beautifully perverse hits -- from the sickly sticky "Eruption," to the wobbly demon swaggerer "Face Breakout," to the distorted punk spazz of "Dipsmack," to the apocalyptic sepia ambience of "Spitlord." You may hear disembodied bits of Boards of Canada, early Def Jam records, and Gary Numan, or maybe just public-access TV and bad VHS dubs of '80s horror flicks. Or the sun exploding and everything you've ever loved melting. Again, TOBACCO was just trying to make meditation music.

But to find that rotted sweet spot, as always, he had to subvert his pop urges. TOBACCO went back to the cassette decks he started off with -- analog weapons of distortion to compliment his hissing vocoder and blown rhythms. Any moment that felt "just right" was brutally assaulted until ugly again. All to accomplish one end: "This might be my most purposely difficult album yet, but I promise if you let it in, it can fuck you up."