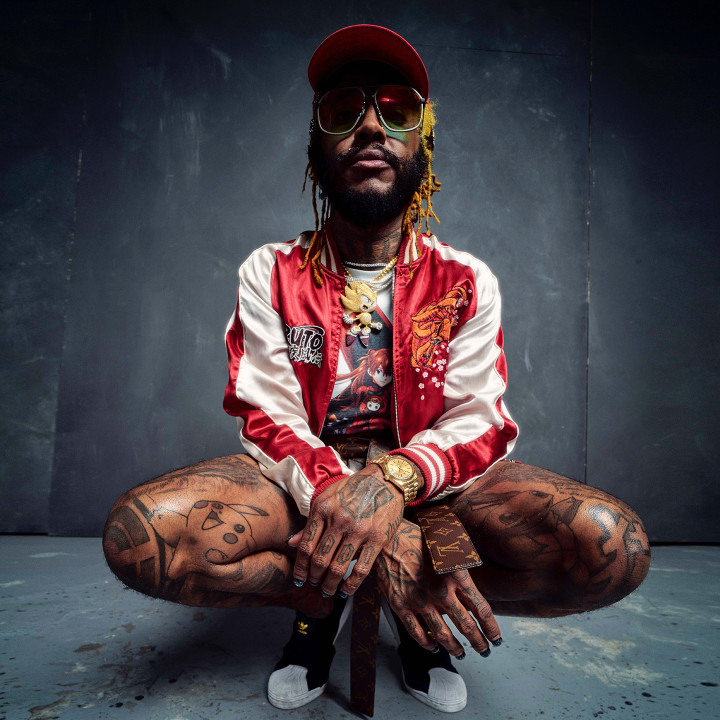 Thundercat (Stephen Bruner) released his most recent album, It Is What It Is, in the spring of 2020. The record won Best Progressive R&B Album at the 63rd GRAMMY Awards and features musical contributions from Ty Dolla $ign, Childish Gambino, Lil B, Kamasi Washington, Steve Lacy, Steve Arrington, BADBADNOTGOOD, Louis Cole, Pedro Martins and Zack Fox. Thundercat produced the record with his longtime partner Flying Lotus, who was GRAMMY-nominated in the "Producer of the Year" category for his work on the album.

It Is What It Is follows Bruner's game-changing third album Drunk (2017), which completed his transition from virtuoso bassist to bonafide star and cemented his reputation as a unique voice that transcends genre. "This album is about love, loss, life and the ups and downs that come with that," Bruner says about It Is What It Is. Concurrently, the tragic passing of his friend Mac Miller in September 2018 had a profound effect on Thundercat and the making of It Is What It Is. "Losing Mac was extremely difficult," he explains. "I had to take that pain in and learn from it and grow from it. It sobered me up... it shook the ground for all of us in the artist community." Thundercat poignantly describes the album as "a bit tongue-in-cheek, but at different points in life you come across places that you don't necessarily understand... some things just aren't meant to be understood." Clearly, however, fans understood It Is What It Is, an unexpectedly apt title for when it arrived. In addition to its Grammy win, the album and its songs landed on dozens of year-end lists and roundups at Pitchfork, Stereogum, NPR, Vulture, and Allmusic to name a few.

Previous releases include The Golden Age of Apocalypse (2011), Apocalypse (2013), followed by EP The Beyond / Where The Giants Roam featuring the modern classic "Them Changes." He was later "at the creative epicenter" (per Rolling Stone) of the 21st century's most influential hip-hop album Kendrick Lamar's To Pimp A Butterfly, where he won a Grammy for his collaboration on the track "These Walls" before releasing his third album Drunk in 2017.

Outside of his solo work, Thundercat keeps busy across numerous genres. In 2021, his dreamy vocals and masterful bass playing feature on "Black Gold," the theme song for the Netflix original anime Yasuke, soundtracked by Flying Lotus. In addition, Thundercat recently collaborated on releases from Silk Sonic (Bruno Mars & Anderson Paak), HAIM, H.E.R., and Kaytranada, as well as contributing an original song for the final season and soundtrack from HBO's 'Insecure.'

Thundercat's latest work has seen him branching outside of music, making his television debut with a recurring role as The Modifier in the Star Wars series 'The Book of Boba Fett,' and appearing as the face of recent fashion/brand campaigns for Kerwin Frost and Kenny Beats, as well as attending Paris Fashion Week as a guest of Spanish luxury designer LOEWE.

The name Thundercat refers to the cartoon he's loved since childhood and an extension of his wide-eyed, vibrant, often superhuman approach to his craft. In 2020 things came full circle when Bruner voiced a character (and penned a song) named "Grune the Destroyer" in Cartoon Network's Thundercats Roar animated series.