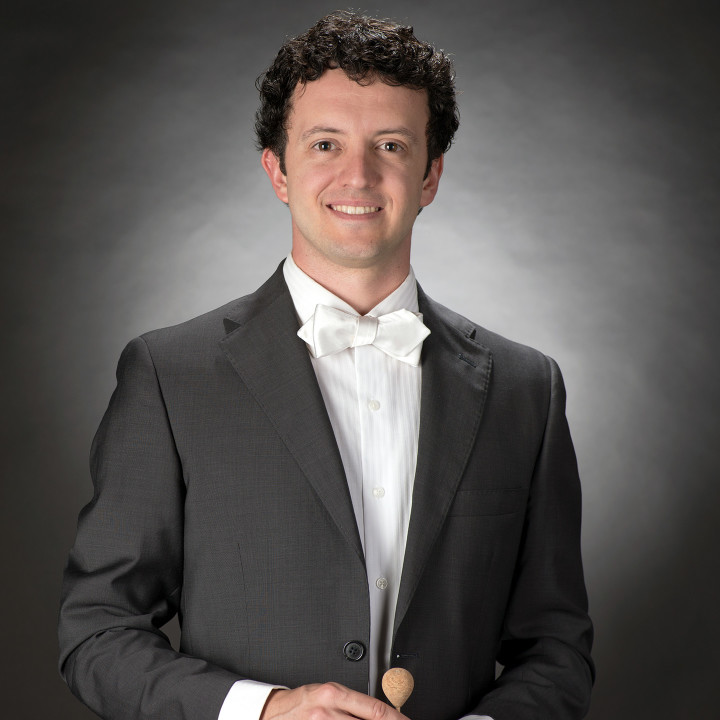 Mr. Tiberio is a specialist in live musical synchronization to film, having led orchestras in scoring sessions during most of his career. Fusing his conducting experience with an awardwinning training as a composer, he has arranged, orchestrated, and directed concert adaptations of a variety of films, most notably Love Actually, The Hunger Games, Cinema Paradiso, The Goonies, Coraline, Bridget Jones' Diary, Get Out, Grease, and Twilight.

Mr. Tiberio's awards include an Emmy, a Luso-Brazilian Award from the United Nations, and an International Brazilian Press Award. He was the first Western conductor to perform in the Great Hall of the People in Tiananmen Square, Beijing, with La La Land in Concert. At Disney's request, he has premiered Star Wars Live in Concert in France, Portugal, and Brazil, as well as the fully-orchestrated version of Coco in Concert at Ravinia Festival, 2019.

Perhaps the only maestro in the world who makes his own batons and binds his own scores in hardcover, Mr. Tiberio is a polyglot and multi-instrumentalist in the classical and jazz domains. He lives in New York with his wife Patricia and their Maltese, Dori.