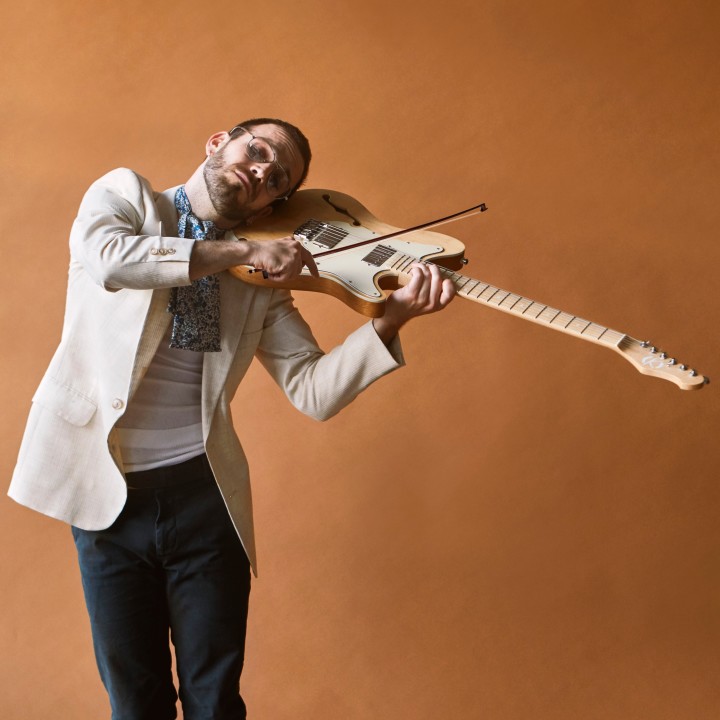 "Modern Johnny is a feeling," says Theo Katzman in regards to his third LP, Modern Johnny Sings: Songs in the Age of Vibe. "He's an archetypal character who represents the plight of the singer songwriter trying to make it in today's music world."

Modern Johnny is not an alter-ego, per se, but he and Katzman do have some striking similarities. Born in the mid-80s, both were raised on the rubble of 90s rock radio, the remains of their parents' record collections, a handful of 'Greatest Hits' CDs, and several hard drives worth of mis-credited MP3s from Napster. Both left home for [INSERT BIG CITY] with a "songs-can-change-the-world" attitude. Both find themselves stumbling through the free market in the age of social, the age of streaming... the Age of Vibe.

And it's a confusing climate out there. Billy Joel hasn't released an album in nearly three decades, Stevie Wonder is ranked 230th on Spotify, and The Beatles are best known for their appearance in the XBOX video game Rock Band.

To be clear, Modern Johnny isn't necessarily what the kids are asking for: He's too heart to be hip, too hip to be pop, too pop to be rock, and too rock to be art.

But no matter the zeitgeist, both Katzman and Johnny forge ahead the only way they know how: in pursuit of messy, honest, exuberant human emotion through popular song. The result is Modern Johnny Sings: Songs in the Age of Vibe.