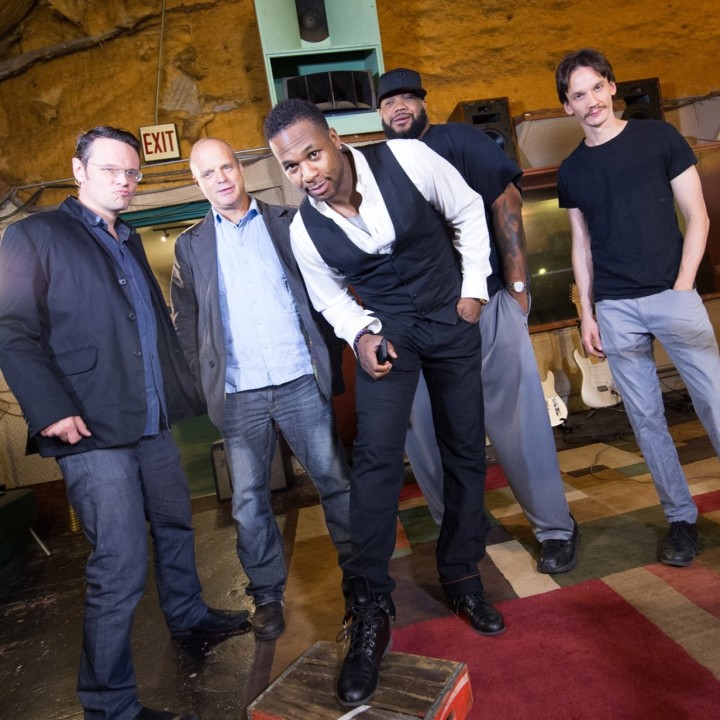 Gospel/Blues/Rock supergroup The Word features John Medeski (Medeski Martin & Wood), Robert Randolph (Robert Randolph & the Family Band), Chris Chew, and brothers Luther & Cody Dickinson (North Mississippi Allstars). The idea for the supergroup originated nearly a decade and a half ago when the North Mississippi Allstars went on tour with Medeski Martin & Wood. In 2000, The Word became a reality when Medeski and NMA were joined in the studio by pedal-steel guitar phenomenon Robert Randolph, and the quintet recorded their self-titled debut. The album was highly acclaimed for its fusion of gospel, blues and rock and was widely considered one of the best releases of 2001. The Word toured briefly behind the release before resuming their respective careers. The band reunited in the summer of 2005 at Bonnaroo and again in 2009 for a string of dates. With multiple Grammy nominations amongst them and a legion of fans across the country, The Word are reuniting again in 2012 for a few select shows and have plans to release the highly anticipated follow up to their debut album.

Avant-jazz keyboardist John Medeski devoted much of 2011 marking the 20th anniversary of MMW. To celebrate their 20 years together the trio released ‘20’, a series of new, never-released tracks each month of 2011. In addition to reuniting with The Word in 2012, Medeski plans to record a solo piano record.

The North Mississippi Allstars spent 2011 touring behind the release of their latest album Keys to the Kingdom. The album was hailed by both fans and critics and secured the trio’s legacy as the most intriguing groups to emerge from the Mississippi music scene.

Robert Randolph & The Family Band recently teamed up with T Bone Burnett and released We Walk This Road. The record is a celebration of African-American music over the past one hundred years and its social messages from the last thirty.