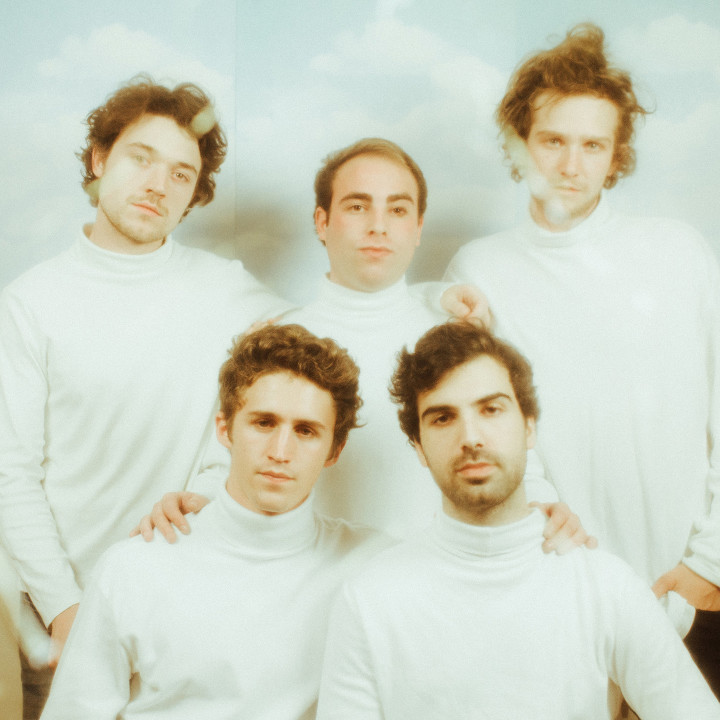 After a 4-year hiatus, indie stalwarts The Walters return in full force amid the widespread success of their viral hit " I Love You So " on TikTok and DSPs, signing to Warner Records and announcing their first three headline shows since 2017, all of which sold out almost instantly. Hailing from Chicago, and now relocated to Los Angeles, The Walters artfully intersect clever songwriting, catchy hooks, and soundtrack-worthy instrumentation steeped in a bit of a magic. Listeners first fell under the spell of the quintet -- Luke Olson [lead vocals, guitar], Walter Kosner [lead guitar], MJ Tirabassi [rhythm guitar, vocals], Danny Wells [bass], and Charlie Ekhaus [drums] -- when they independently released 2014's Songs For Dads EP. Among many highlights, "Fancy Shoes" generated over 32 million streams with "New Girl (Tom's Song)" and "Life" on its heels. 2015's Young Men only maintained the group's momentum as they attracted an impassioned and dedicated fan base. They captivated crowds in hallowed venues across their original hometown, performed at Riot Fest , and left the audience amazed at Lollapalooza 2017. Following a self-imposed break, the band reconnected in early 2021 to plot their return when the viral success of "I Love You So" accelerated their timeline. The song has swept across TikTok with over 1.2M fan-created videos. A standout from 2014's Songs For Dads , its success overwhelmingly translated to DSPS, reeling in north of 72 million streams on Spotify and scaling the Global Top 50. Signing to Warner Records, The Walters launch a new era in 2022 with "I Love You So" as its climbed to #1 in over 7 countries on Spotify's Viral 50, accumulated over 5 billion global TikTok views and 437 million global streams on Spotify to date The track as has now attained Platinum certified sales status and is still climbing the US Top 40 Charts. The Walters new single entitled "Million Little Problems" was premiered by Zane Lowe upon release on his Apple Music 1 New Music Daily show. This is the first track off their forthcoming EP Try Again, due for release May 6, via Warner Records. The Walters have just announced their first US tour in four years.

Exclusive Booking Agency for The Walters: Worldwide except Europe