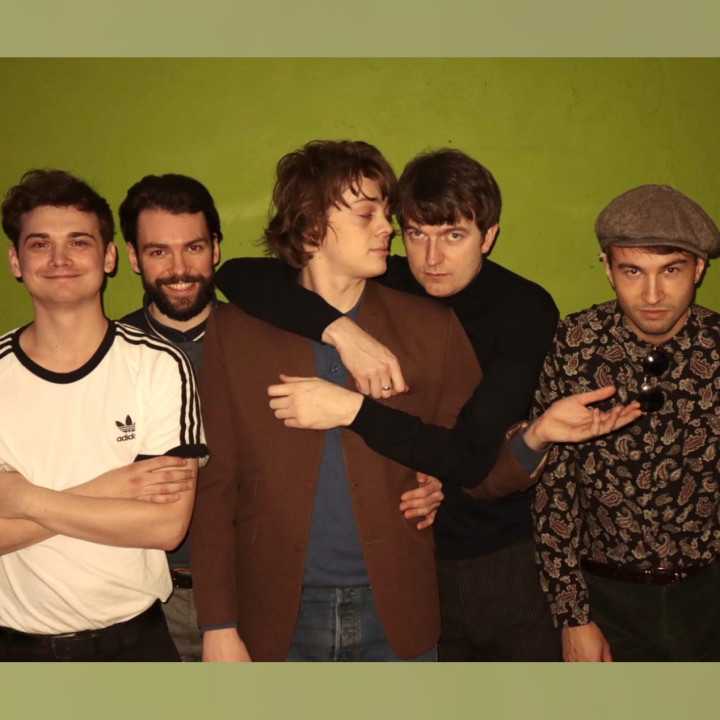 Every so often, now and then, sort of once in a while, you come across a band that might combine the style, suss, substance and sass to take themselves on one hell of a run at the rock and roll game.....The Shakes could very much be that band...

Having casually but carefully shaped their reputation and gathered a not insignificant following from select tastemaker headline shows and festival gigs over the past twelve months, The Shakes arrive rocking a vibrant gang mentality, roaring back after lockdown with some struttingly smart tunes and performances that have shown the band's accessibility, directness and a good measure of wily poise as well.

Suitably anthemic for the upstart generation, The Shakes impart a raw, insurgent vitality with sharply dynamic hooks grabbing listeners into the band's artful, tightly driven take on pre-psychedelic sixties rock and more independent flavours with the band pointing to The Sonics, Wilco Johnson and The Jam's "News Of The World" as laying the template for their individual sound,

First single "Sorry Officer" out early October 2022 serves up a Caught by The Fuzz debut moment with a dynamic slice of getting nicked life. Immediate and arresting, its punchy, punky verve and Ballotelli styled "Why Is It Always Me?" refrain, the track's charismatic dynamic collars the audience as the sirens of the law catch up with the band on the run.

The Shakes are Zak Nimmo on vocals, Joei Silvester on rhythm guitar and backing vocals, Sam Gibbs on lead guitar, Alex Kaltio on bass guitar and Oli Franklin on drums.

A Liverpool / London hybrid, Zak brought The Shakes name with him when arriving in Camden a few years back. Meeting Northern Soul DJ Joei, the pair hit upon their shared influences and bringing Sam, Alex and Oli into early sessions. Having done their time across the circuit, immediately the band had a sense they were onto something good here. With an arsenal of tunes from previous outings to add to their repertoire, The Shakes took shape and on the verge of the pandemic were beginning to get their name out.

Taking the enforced downtime to finesse and improve the band, The Shakes raised their game in lockdown and returned as soon as they could with lively, hard rocking performances that saw them invited to Isle Of Wight Festival and Shiine On Festival in Autumn 2021. A sold out This Feeling gig at The Old Blue Last led to The Shakes first nationwide tour in February 2022 which saw them sell out major cities to appreciative young crowds.

Some impromptu, intimate gigs from the floor in The Hawley Arms in late Spring further cemented the band's capital reputation and standing. A showcase at The Great Escape and a guest slot with Miles Kane followed in early Summer with festival appearances at Rewired and Lakefest preceding a flurry of live dates from October's release of "Sorry Officer."

With tracks such as "Change Isnt Strange" and "Fake Reality" already picking up prominence from live dates in addition to the props for the single, The Shakes seem set to take their shot at the title.

Catch them live and make up your own minds. You won't be disappointed.

Exclusive Booking Agency for The Shakes: Worldwide except North America