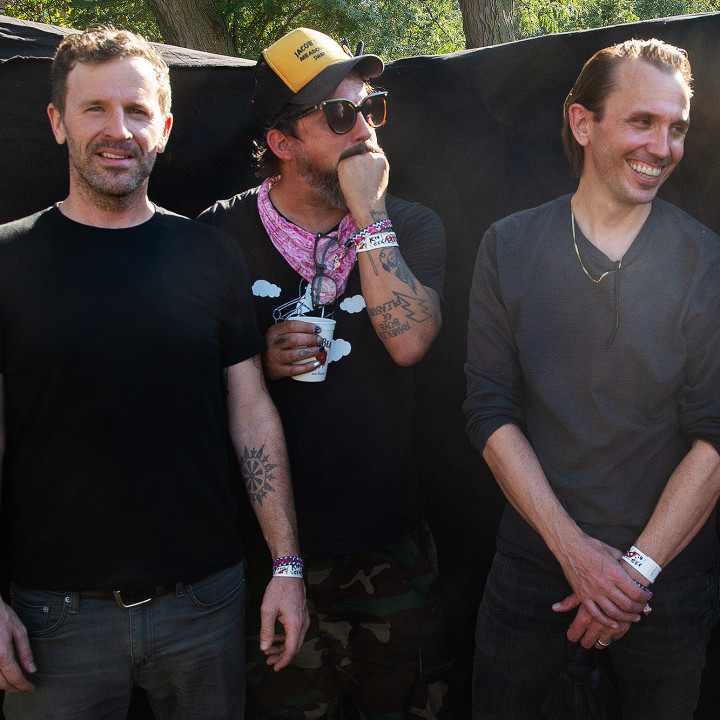 The Lawrence Arms formed in Chicago in 1999, and members Brendan Kelly (vocals/bassist), Chris McCaughan (vocals/guitar), and Neil Hennessey (drummer) have released five studio albums to date. Their sixth album and first with Epitaph Records, "Metropole," captures "that alone-in-a-crowd, stranger-in-a-strange-land kind of shit -- a feeling of such weird solitude that you don't even know what's up and what's down 'cause you're so caught in the wake of the city," according to Kelly. "Metropole" was recorded at Chicago's Atlas Studios with co-producer Matt Allison who has also worked with Chicago-punk-scene veterans Alkaline Trio. The follow-up to their 2009 Fat Wreck Chords EP "Buttsweat and Tears," the new venture takes the band's gritty punk rock and fiery spirit, to reveal a new passion of the band for storytelling-through-songwriting. Take the bravely personal lyrics of "You Are Here" where McCaughan ironically sings "Days just keep rolling on / They won't miss me when I'm gone / I'm the chorus to that lonely street / Just footsteps fading to a dying beat". But it is clear that after a long hiatus, dedicated fans have missed The Lawrence Arms and are ready for the band's most dynamic album to date. "When we got going on making the album it felt like we were writing at a different and sort of evolved level, which was really exciting," notes McCaughan, "It's like all that time off ended up creating a whole new energy for us." Taking time off also helped inspire new creativity as they took inspiration from Fyodor Dostoyevsky's "Crime and Punishment," classic late-'90s hip-hop like Outkast's "Aquemini," Japanese hardcore bands, and pop songs on the radio. Listeners will notice thoughtful detail as the band takes you through the many moods of "Metropole" through a series of fragments of street-musician performances that the band members recorded on their phones. The multi-year break between albums ultimately went a long way in refining the band's vision and sound. "Because of the way we exist as a band, it was important for us to wait until we knew we had something to say that was sharp and pointed and dynamic and incisive," says Kelly. "And if we didn't have that, then we'd just rather not make a record, 'cause fuck it."