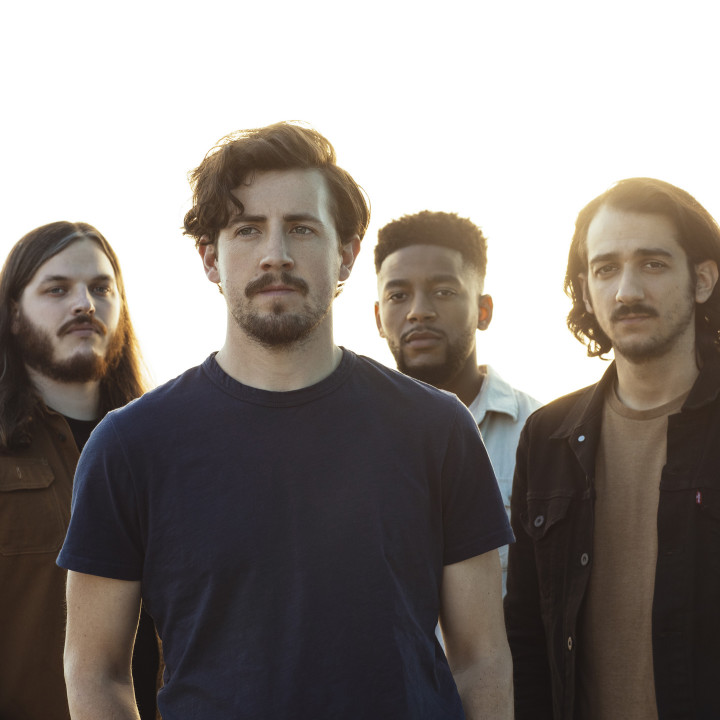 On the heels of releasing their acclaimed Wildfire EP (2021) in the midst of a global pandemic, The Heavy Hours now return with Gardens, a full-length album that further exemplifies their distinctive strain of warm-hearted, open-armed alternative rock.

The Cincinnati, Ohio-based quartet recorded Gardens several years ago, long before the group had management, an agent or a record label in their corner. With money they had collectively saved up, each of the members took a week off of work and set out to record a pocket full of songs at Montrose Recording located on remote farmland in Richmond, Virginia with producer Adrian Olsen (Nate Smith, Foxygen, Futurebirds).

Somehow these early studio recordings found their way into the hands of multi GRAMMY award-winning producer/songwriter and Black Keys frontman Dan Auerbach who immediately took a shine to the band and in turn led to organizing a writing session in Nashville, TN, which crafted tracks released on the Wildfire EP.

With songs such as "Back Porch" and "Take My Heart (I'll Take Yours Too)," Gardens packs an emotional punch from the very first chord, fusing larger-than-life melodies and epic choruses with soulful, sophisticated songcraft and remarkably universal lyrical spirit.

The band states, "We've been busy as a band the past few years promoting our Wildfire EP and now we're excited that our fans finally get a chance to hear the record that started the journey. 'Gardens' is the result of four different people; friends united by life's hardships and the desire to respond loudly. We found answers to our questions after writing songs and then recording them on that small farm in Richmond. Gardens is our small plot of land, our garden of songs."