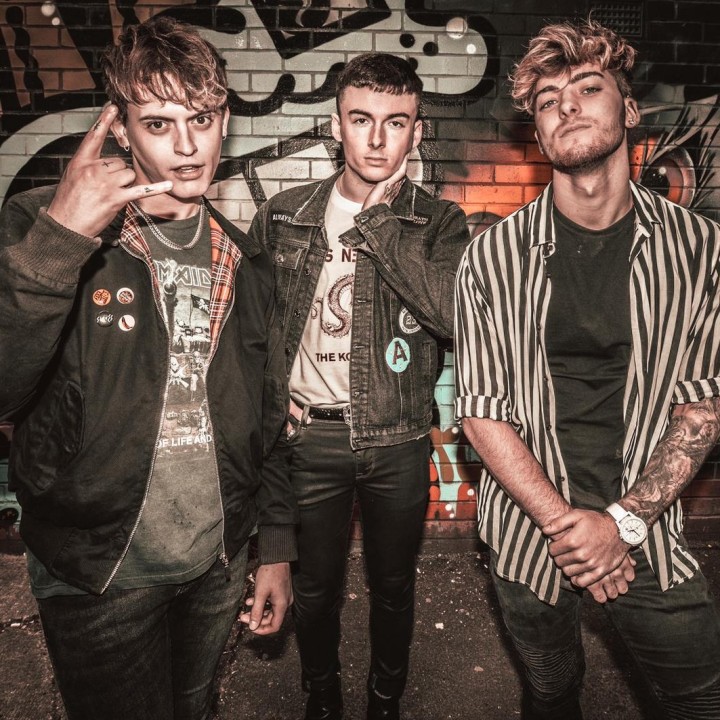 Their stage presence is likened to that of legendary classics Queen, AC/DC and Guns N Roses with an amped up sound taking influences from a wide range of popular artists such as Bring Me the Horizon, Royal Blood, Arctic Monkeys, The 1975, Panic! At The Disco, Lower Than Atlantis, The Hunna, Nothing But Thieves, Muse, Twenty One Pilots and Yungblud which combines Josh's stunning vocals, Zack's gritty riffs with Jack's punchy drum beats.

Although comprising just three live instruments, THE HARA give a full live sound through the use of pads, triggers and stems, emulating thirty instruments whilst on stage.

BBC Introducing Lancashire quickly picked up on the band playing their music and headlining them at the Highest Point Festival. Other early adopters included Bolton FM, The Heart Radio (The Bay) and Radio Saltire.

THE HARA's first headline tour Only Young quickly lead onto a larger ten date UK and Ireland tour 'No Regrets' which launched their first EP. After which two further EP's and headline tours followed 'Unconscious Minds Innocently Blind' (UMIB) and 'Tramp Brain.' Tramp Brain is now being extended into smaller regions having sold out shows in Newcastle, Glasgow and Manchester. The band continues to build their fanbase across the UK.

Exclusive Booking Agency for The Hara: Worldwide except North America