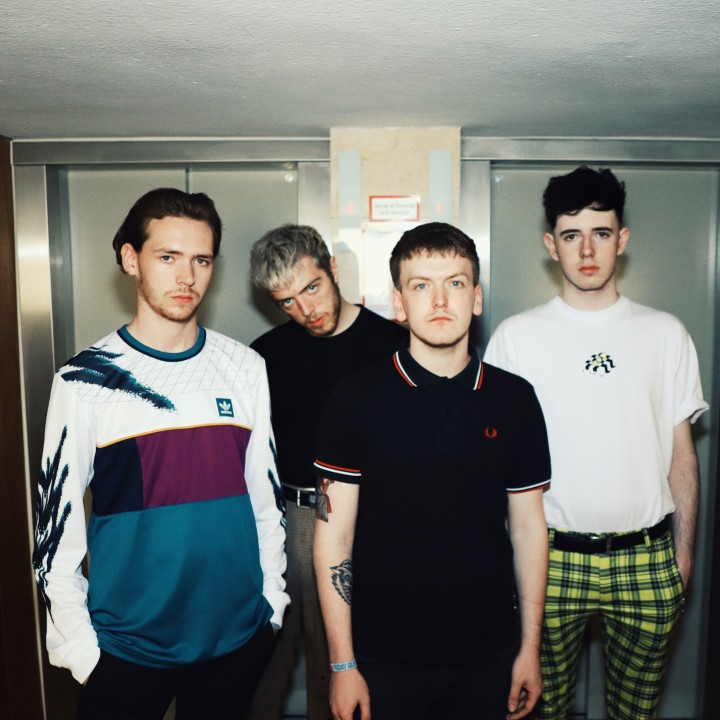 Spat from the Glaswegian scene with driving guitars and caustic punk sensibilities at their core, The Dunts have rapidly become one of Scotland’s hottest exports. Demanding attention and gaining momentum with their incomparable ‘council-punk’ branded sound, the quartet are set to take the world by storm.

Boasting vicious yet intelligently energetic anthems, The Dunts recorded both their debut EP Not Working Is Class and highly-anticipated follow up Self Proclaimed Council Punk with producers Chris Marshall (Gerry Cinnamon, Rascalton, The Van-T’s) and Johnny Madden (of Baby Strange).

Their electric live performances have rewarded them with record-breaking sold-out shows in hometown venues such as Stereo, King Tuts, Broadcast, Priory, as well as sold-out shows in Edinburgh and Aberdeen. Their rocketing reputation taking them to festival stages at Electric Fields, Belladrum, Reading and Leeds, TRNSMT and SXSW - their first international trip as a band.

This year will see The Dunts release more Glaswegian punk offerings inspired by their disenfranchised background; their attitude so far  inspiring NME to comment “Their fast-living, politically infused anthems make the band a strong force to be reckoned with. If you haven’t heard of The Dunts, you soon will.”

United by an undeniable ferocity and tongue-in-cheek sensibilities, The Dunts are Rab Smith, David McFarlane, Colin McGachy and Kyle McGhee.