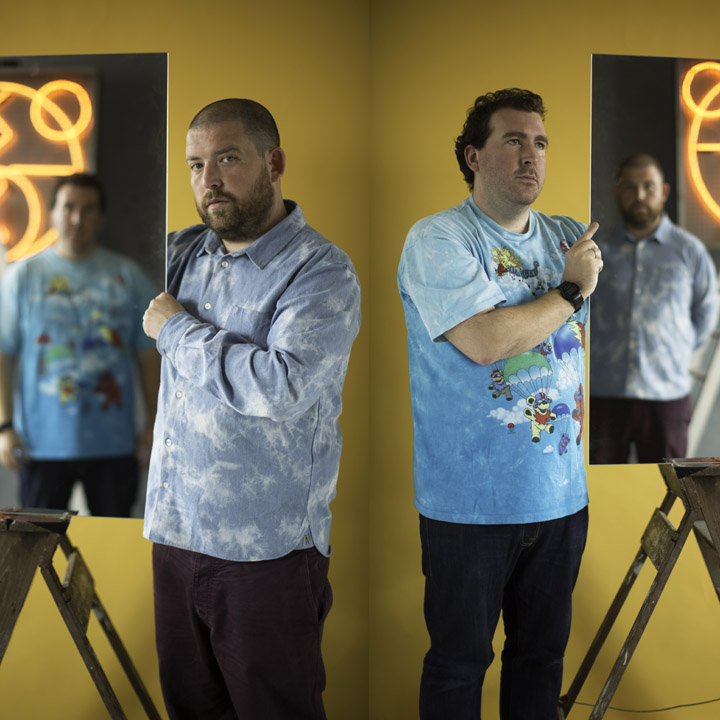 What matters are the records. The ones that shaped Raphael 'Raf Daddy' Rundell and Joe Goddard when they met in the DJ booths of London. House music has buried itself within the roots of the best of us, but for these two it became more than just a fleeting hands in the air moment, it became The 2 Bears.

Honing their craft with all the care and attention paid to a well-groomed patch of facial hair, the duo have bounced from Brixton to Tel Aviv via Cape Town, sharing the decks ever since their fateful incarnation, delivering a memorable blend of house, techno, ragga and more to almost every continent. A bearded pilgrimage if you will, and one that has coloured in the bold dancefloor-centric shapes of their albums The Night Is Young (2014) and Be Strong (2012)

Where debut smash Be Strong was rooted in their love for London, The Night Is Young took on a more global vision. With a love for their home city still at its heart, the album shared influences and experiences from across the world of dance music, drawing deeply from their trip to Africa and their journey together on the road.

2014 saw the Bears hold the second in their residency series at London's XOYO and play celebrated live shows across the planet. 2015 was taken up with cementing their reputation as party DJs. 2016 and '17 saw the Bears go into semi-hibernation while Joe and Raf made and released their respective solo projects, Joe working with Domino Records on the release of his much acclaimed Electric Lines album and Raf choosing to go back home to his beloved 1965 Records and release the mini album The Adventures of Selfie Boy Part 1.

Now to the future, 2018 and beyond. The Bears are back, new music comes in the form of "London Are You There?" alongside a residency at London's Micks Garage of the same name. Plus new residencies in Glasgow and Edinburgh and beyond... regular shows at ELROW, Glitterbox and many more fun loving events around the globe, the party loving, dancefloor friendliest DJs in town are back...