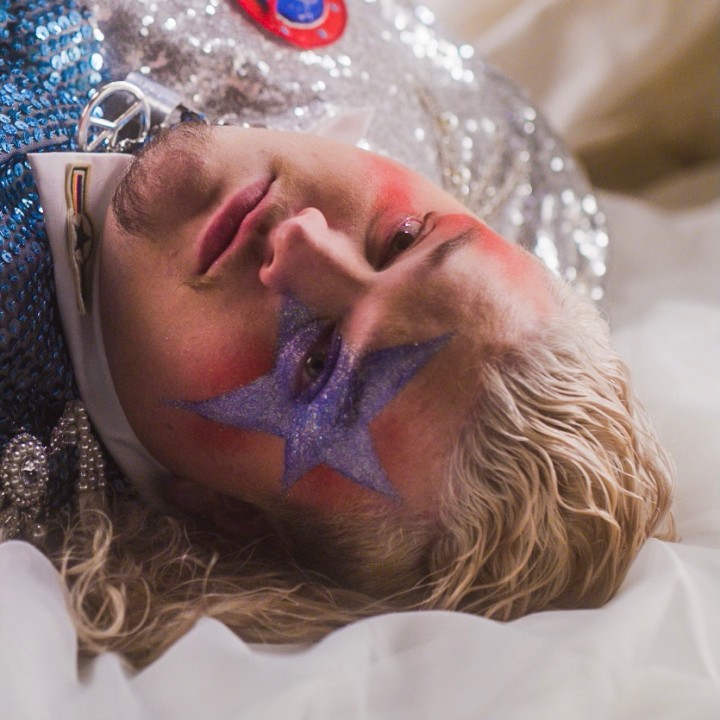 "Show love to everyone you meet, because you don't know what they're going through or where they've come from."

This is the guiding principle for TALK's life. The singer-songwriter is a mass of positive energy, colour and enthusiasm, bringing a smile to the face of everyone he connects with.

Born Nicholas Durocher and raised in Ottawa, the 25-year-old is a multi-instrumental wizard, trained in piano, guitar, drums, bass, banjo, harmonica and even the mandolin. Growing up with a director and cameraman for a father, Durocher was built for the spotlight. He spent his teens touring Canada as part of a country band, performing at some of the nation's biggest festivals, including Boots and Hearts, Dauphin's Countryfest and the Cavendish Beach Music Festival.

Inspired to branch out as his own solo artist, Durocher began racking up an impressive list of songwriting and production collaborations, working with artists signed to Sony, Def Jam, Wax Records, Physical Presents and more, while also gaining sync placements in shows like Kim's Convenience. Through these collaborations, Durocher honed his songwriting, recording and production skills, developing the eclectic voice and character he'd envisioned for years: TALK.

In an era where many artists use mystery as a marketing tactic, TALK is in your face. He's eccentric, flashy and colourful. He'd rather make his own gold sequin cape than wear a designer outfit. As Durocher explains, "TALK is me saying 'I don't care what anyone thinks, I'm going to be bright, beautiful and, most importantly, myself.'"

He's crafted a sound equally unique. Inspired by artists like Elton John, Freddie Mercury and Guns N Roses, TALK is a modern rockstar -- bright and bold with a powerful voice. He writes, plays on and produces his own tracks, only bringing them to the studio for final touch ups -- a rarity in today's pop music space.

TALK is developing a mass following on TikTok, with his covers of legendary tracks like "House of the Rising Sun" generating hundreds of thousands of views and followers. Users are enamored with his voice and style, and are now asking for original music.

Now, TALK is preparing to release his debut single "Run Away to Mars" on June 23rd. The track is a love song for humanity, and a way to feel, just for a moment, what it would be like to leave it all behind. He's been teasing the track on TikTok, and his comment section is filled with eager fans demanding its release.

The track is the first single off TALK's upcoming EP, which he created working alongside producers such as Ken Lewis and Brent Kolatalo (whose credits include Taylor Swift, Bruno Mars, Drake and Kendrick Lamar). TALK will release several singles throughout the summer with the EP coming Fall 2021.