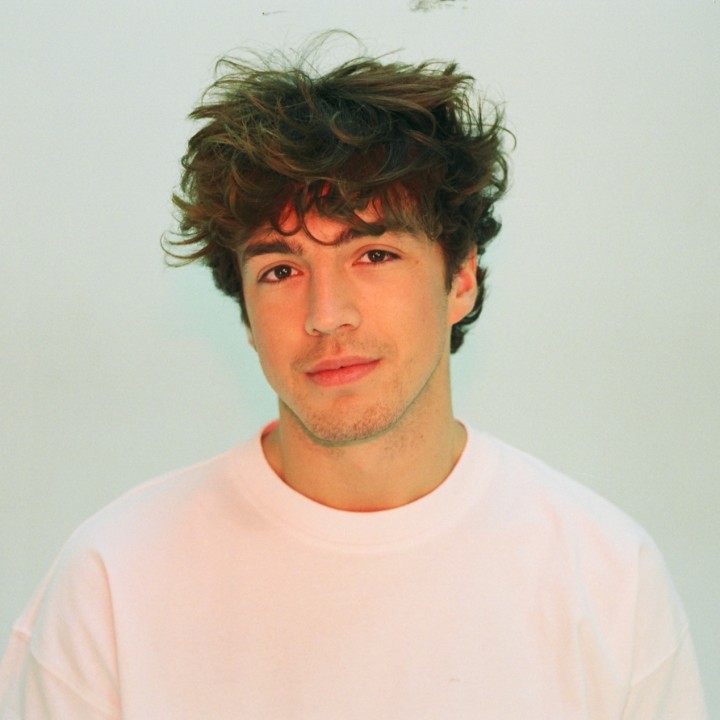 No matter how dark things get, Surf Mesa remains a dreamer. The 20-year-old songwriter and producer spent much of 2020 honing the escapist energy of the nostalgic electronic ballads he's been working toward since he got a copy of FL Studio in third grade. The Seattle artist makes "music for good feels," which made his music a breath of fresh air in a tough year. Both of his beloved 2020 singles -- "ily (i love you baby)" featuring Emilee and "Somewhere" featuring Gus Dapperton -- offer romance and refuge for tired minds, drenched in gossamer synth and fueled by insistent drums. And his latest, the delicate "Carried Away" with Madison Beer, continues in this windswept tradition, the sonic equivalent of staring into the sunset and imagining a better life more full of love. This placid mindset has clearly connected. "ily" was recently RIAA certified Platinum after almost 2 billion global streams and nearly 4 billion TikTok videos. The song hit #1 on Billboard's Dance/Electronic chart and #2 on Top 40 radio, and "Somewhere" is right behind it, landing on Spotify's hallowed New Music Friday out of the gate and garnering placements on dozens of playlists across platforms since. His whirlwind rise also earned him remixing duty on Marshmello and Halsey's "Be Kind," and Shawn Mendes' "Wonder" -- both fitting titles for Surf's heartwarming music to enter mainstream EDM and pop. By year's end, "ily" placed on Spotify and Amazon's top songs lists, setting him up for even bigger successes this year -- VEVO has already named him a DSCVR Artist To Watch for 2021. And yet, after all this, he continues to make music at home alone, the same way he's worked since he was a kid holed up in his room making beats between Counter-Strike matches. He has humble aims: to make catchy, chill pop music and give others a way to "feel better about their day." Listening to Surf, it's hard not to.

File under "mellifluous." That's how Los Angeles' Powell Aguirre likes to think of the music he makes as Surf Mesa. It's electronic, but full of organic texture. It's rooted in dance, but sounds best by the light of the full moon. It's sweet, but also thoughtful. In other words, as Surf puts it, "music for good feels." That phrase certainly sums up his biggest hit to date, "ily (i love you baby)" featuring Emilee, a tropically tinged bop that was born on TikTok, but quickly conquered listening platforms around the world, amassing over 280 million streams in less than three months, topping U.S. and Global Viral Charts, and debuting on Top 40 radio.

Though he's only 20, Surf has logged an impressive number of hours honing his craft. He grew up in Sammamish, Washington, outside Seattle, surrounded by creativity: His father is a jazz saxophonist and his mother an interior designer and illustrator. The youngest of five, he benefited from the peer-to-peer schooling he received on new music and video games. It was an older brother who hooked Surf up with FL Studio -- when he was in third grade.

"I'm a nerd at heart," Surf says, only half-kidding. Gaming was his first love -- the name Surf Mesa is a nod to Counter-Strike: Global Offensive. But around the time that he logged 5,000 hours at his console, he was struck with an epiphany: I'm spending all my free time on this. What if I put those hours into something more rewarding? Surf's gaming obsession and aptitude for computers facilitated his growing interest in production and engineering. "In terms of sitting at my computer for hours," he laughs, "gaming definitely taught me discipline."

The plan was to study computer science after high school. But the summer after his senior year, Surf broke his leg and was bedridden for months. Unexpectedly, that time stuck at home paid off in the form of an EP, titled bedroom of course. He'd long been posting tracks to SoundCloud, but these buoyant grooves -- gentle, hypnotic, dreamy -- showed off newfound maturity. When the cast came off, he wasted no time moving in with musician friends in L.A.

Then one night scrolling TikTok, he came across Batesville, Arkansas' Emilee Flood playing an acoustic cover of Frankie Valli's 1967 hit "I Can't Take My Eyes Off You." Captivated by her honeyed voice, Surf dropped the audio into his DAW. "In all the years I've produced, not once had I completed a song in one sitting," he says. "That night, I started at 11 p.m., and it was 5 a.m. when I put it on SoundCloud." Before long, label reps were blowing up his phone. He signed with Astralwerks, he says, because they actually understood his vision. "I want Surf Mesa to be more than just this one remix," he stresses. Clearly, that's what's happening.

A third of a billion plays later, the rest is history -- and also future. There's no shortage of collaborations in the works, most of which can't yet be teased. First up: a remix of Marshmello and Halsey's "Be Kind" that flips that power-ballad pulse into a tumble through side-chained synths and broken beats. While the electronic landscape evolves at a dizzying speed, Surf knows what he wants from his own music. He calls it "electronic alternative," a nod to youthful favorites like The Killers, Coldplay, and U2: a style that balances digital textures with piano, guitar, and even acoustic drums, and focuses on songwriting as much as sick beats. At the end of the day, his goal is to make "just really good pop music. It's catchy. It's chill. People hearing it might feel better about their day. It's..." he pauses, cracking a smile, "mellifluous."