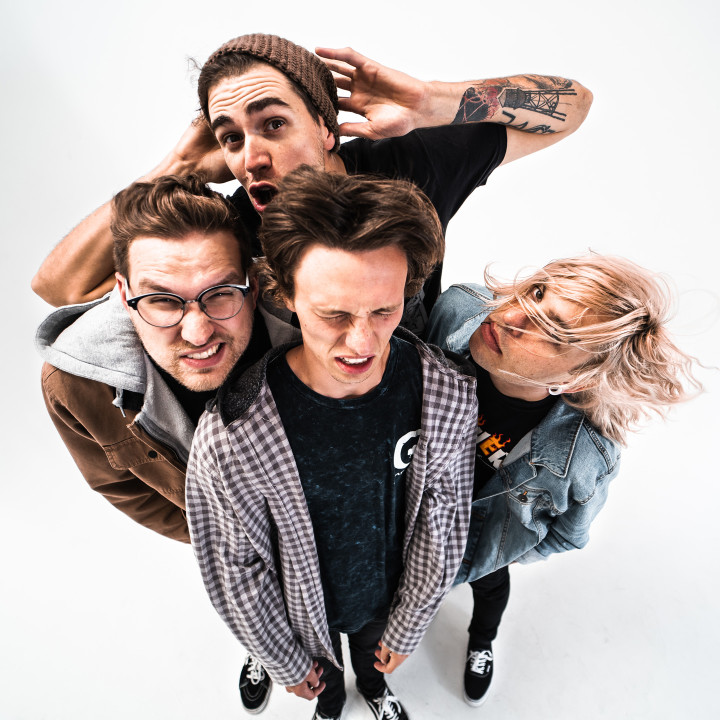 Powerful rhythms, melodic guitar parts, and meaningful lyrics are what comprise the core Summer Years sound. With influences rooted in the classic pop-punk of bands such as Blink 182 and Jimmy Eat World, Summer Years explore a sound that bridges generations of punk rock.

Vocalist/guitarist Nick Lanari says, "This Light is about the idea that it's not too late to pursue what you have always dreamed of, and battling the idea of 'I'll start working toward it tomorrow' but tomorrow never seems to come. Live your best life now. Today. Find your way to thrive. Failure is not eternal, pain is not eternal, your past doesn't define you, you can't live there forever."

The video was shot mostly in the San Diego coastal towns of Carlsbad and Encinitas. Lanari recalls, "We filmed some drone shots at the very end of the day, and none other than Tom Delonge drove by us in his big Ford Raptor in Encinitas. It was epic. A good omen even. We just wanted to kind of say, "Hey this is who we are, and this is what our world is like. This is Summer Years." and I think we captured that really well."

Recorded in the midst of the global pandemic, the band's forthcoming EP 'You Can't Live There Forever' was produced by Adam Sisco ("This Light" & "Blue Skies"), Chris Szczech & Mike Liorti ("The Picture You Paint," "What You're Made Of," "Not Letting Go" and "Small World") and mixed by Chris Lord Alge(Green Day, The All-American Rejects) and Steve Rizun (NOFX, The Flatliners).

"Moving forward with a project like this was intimidating because there was no clear future set before us, no shows or tours to work towards or any inkling of what the future of the music industry will be like. It was just us in there getting it done with a lot of uncertainty in our future. It was really cathartic at the same time because we felt really fortunate to be able to do what we love during these times and to be able to be creative and expressive is a healing force," says Lanari. "The word perseverance really comes to mind with this EP, and it's really fitting for walking through the last year and a half."

Of the first single, "This Light" and the overall common thread running through the rest of the songs on the new EP, Lanari says, "I would say a main recurring theme would be don't give up. No matter what. There are a lot of moments that speak about digging deep in yourself in order to persevere throughout this EP. 'This Light' says it really well, but I think the tracks 'What You're Made Of,' 'Not Letting Go' & 'Picture You Paint' express these sentiments pretty boldly as well."

When asked to describe the band's sound, Lanari explains, "Summer Years is rock music. Pop & punk rock-infused music, but at its core, it's for anyone who likes to rock and enjoys lots of melody. We definitely operate with the energy and big rhythms of a punk band, but I think we will always be accessible to anyone. Kids who are just getting into guitar music or who have never listened to pop punk! I think our music is for everyone. Even soccer moms. Haha."