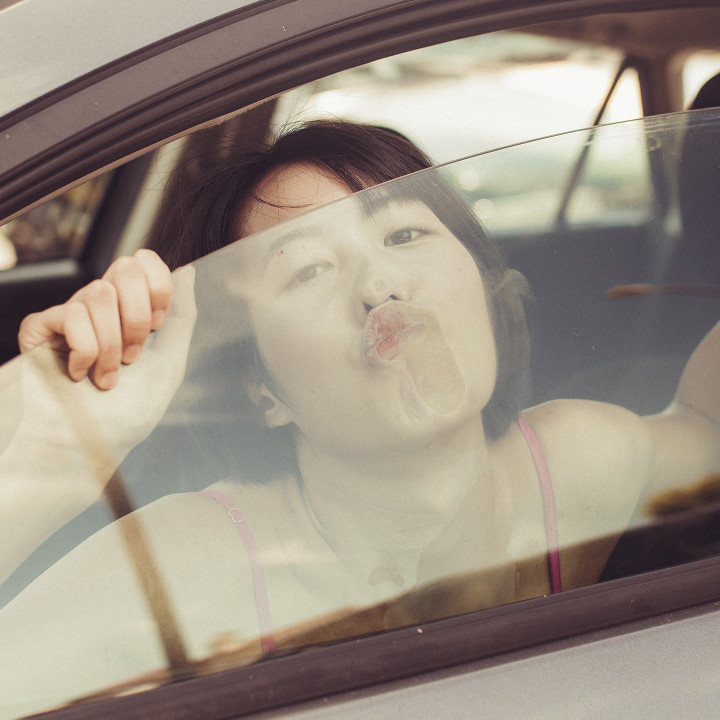 Su Lee began her career in a humble 10' x 10' box room in Seoul, Korea -- small enough that she had to roll up her sleeping matt to work at her desk where she wrote, produced, designed, and directed all of her music and content. In 2020 she crashed onto the scene with her song and video for "I'll Just Dance." The video, subtitled "What My Mental Breakdown Sounds Like," shot to 30,000 upvotes on Reddit and 750,000 views on YouTube in the first month, resonating with an audience who had been stuck inside for several months during the Covid-19 pandemic. Both the song and video were 100% created by Su and showcase her quirky and honest style.

In August 2021 Su released her self-produced "Box Room Dreams" EP which traces a year of isolation and creation from her tiny room. "Having had my career as a musician launch almost simultaneously with the pandemic, this EP is kind of like my quarantine journal as a baby musician," Su shares about the record. "It's mostly a jumble of my heightened sense of loneliness, uncertainty, and anxiety. But I also wanted to add a hint of some magical daydreams and high hopes for the times ahead." Certainly those high hopes aren't unfounded with The Guardian saying "If we could boil Gen Z internet, with all its anxieties and goofiness and creativity and openness, down into a person, the result would be Su Lee."

Now in 2022 Su is readying the release of her debut album, a process that has taken her well beyond the walls of her box room to the creative hub of Los Angeles. The album tracks two years of growth, including her first ever tours, and marks Su's first collaborations with outside producers and creatives. Lead singles "Super Happy" and "Jump" feature production and guest verses from LA-based, Colombian-born producer Ariza who adds Spanish vocals to Su's Korean verses and English choruses. Despite the sonic evolution, Su remains undeniably herself, incorporating common themes of mental health and emotions with her characteristic quirkiness. Su says, "I was at a place where I was doing quite well mentally when I wrote 'Super Happy,' and having been drowning in depression and loneliness for so long, it was so refreshing to feel happy for once. But even in the midst of feeling great, there was always that mean, bitchy voice in my head telling me, 'It's only a matter of time before you get all depressed and sad again gah hah hah!' I wanted to make a song that represents this uneasy clashing of two very different emotions."

A self-professed "guinea pig" Su continues to experiment with her creativity outside of the confines of music and is currently working on projects in film, fashion, and design.