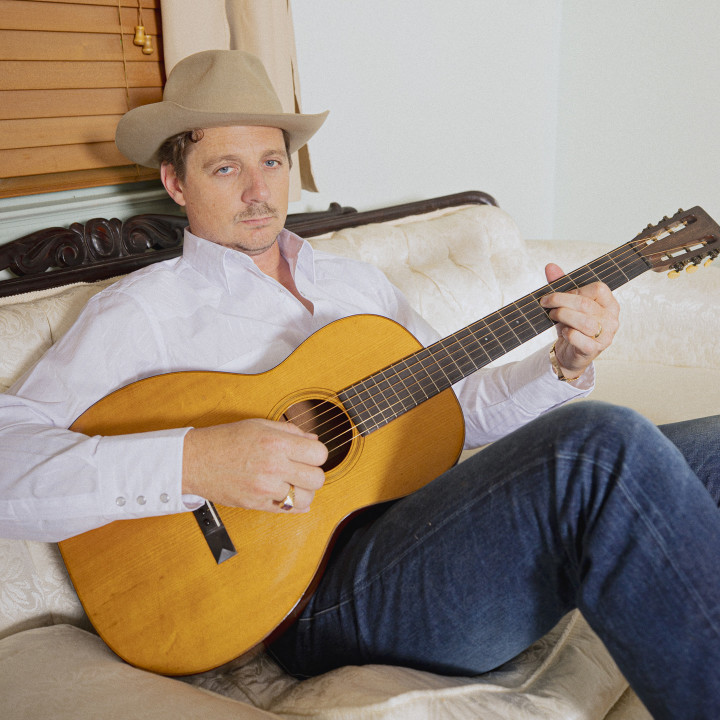 Since breaking through in 2014 with his Grammy-nominated Metamodern Sounds in Country Music album, Sturgill Simpson has established himself as one of the most daring and most acclaimed artists of our time. His music stretches across genres and styles, from the psychedelic soul of 2016's A Sailor's Guide To Earth (Grammy-nominated for Album of the Year and winner for Best Country Album) to the fuzzed-out rock attack of Sound & Fury in 2019, which was nominated for Best Rock Album.

In 2020, Simpson returned to the music of his native Kentucky with two volumes of a bluegrass project, Cuttin' Grass. The albums saw him reimagining songs from across his catalogue backed by some of Nashville's finest acoustic virtuosos. Less than a year later, he returns with the same musicians for the concept album The Ballad of Dood and Juanita. Written and recorded in less than a week, Simpson calls it "a simple tale of either redemption or revenge."

Simpson debuted in 2013 with his independent release High Top Mountain. Since then, he has challenged musical expectations -- from recording with Kesha to touring with Guns n' Roses -- and branched out into the world of film and television. The Sound & Fury album was accompanied by a groundbreaking anime film for Netflix (an interest he picked up during his years in the Navy) and he contributed the theme song to the HBO series Vinyl. After making his acting debut in the CBS All Access series $1, he has appeared in several movies, including Jim Jarmusch's The Dead Don't Die (for which he also wrote and performed the theme song), and he had a pivotal role in Melina Matsoukas' award-winning Queen & Slim. Simpson is currently filming his role in Martin Scorsese's upcoming film Killers of the Flower Moon.