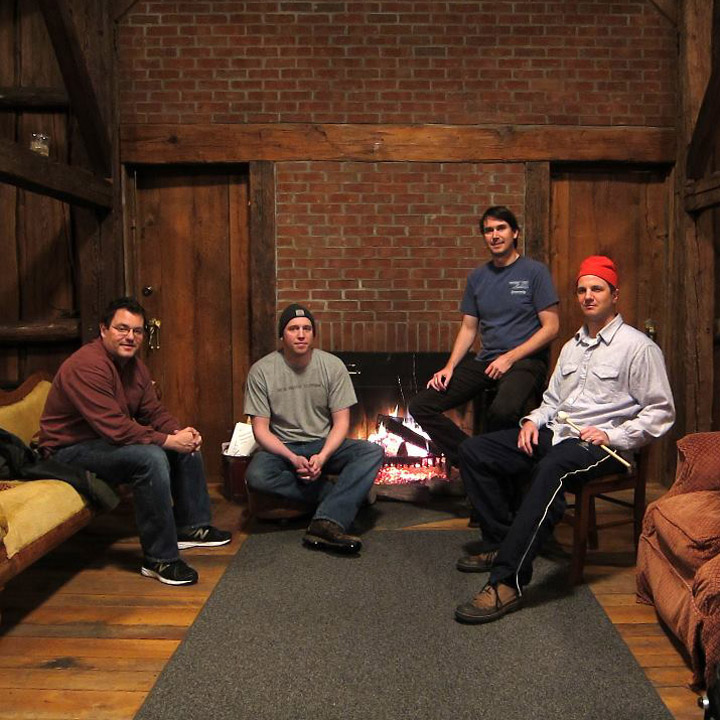 The last time Jon Trafton, Reid Genauer, Erik Glockler and Luke Smith performed on stage was something that could only be described by the sum of its parts.  Those parts being not only the four musicians on stage, but the community of fans they had developed over the years.  Strangefolk, at its core, was a community (providing the very experience, perhaps, that social media provides today), and their music – storied characters woven into sing-along songs and infectious three-part harmonies interpreted in a new way each night – had become the soundtrack of some people’s lives.

The community wasn’t built overnight.  Rather, the band – and the sound – developed organically as four young men from Burlington honed their craft on the road, traversing the country by day and pouring their hearts out on stage by night.  That final performance, with over 5,000 fans in attendance, signaled the end of an era … until now.  After over a decade apart, Jon, Reid, Erik and Luke have returned to the stage as Strangefolkfor sold out shows everywhere they have performed.  They have reunited fans, rekindled relationships, and revived the soundtrack.  Come on along, its one hell of a party.