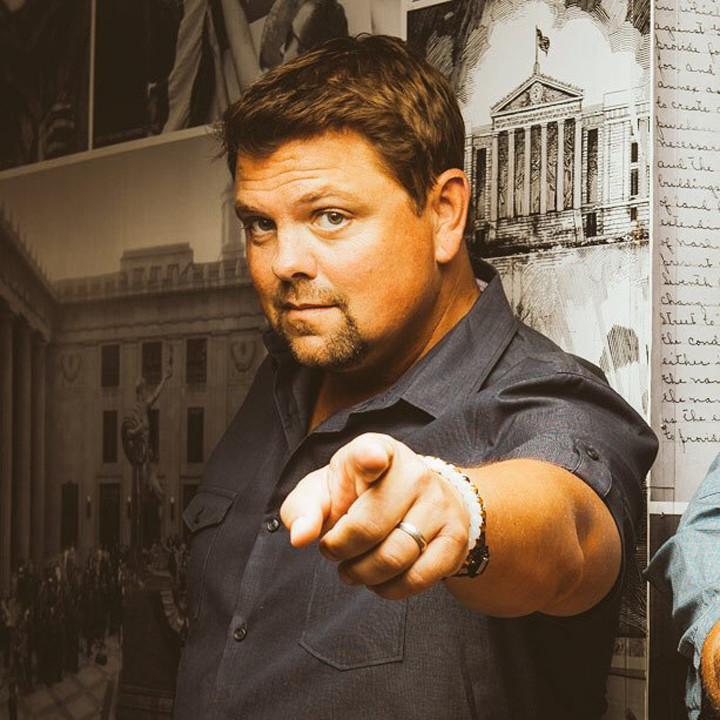 Storme Warren is celebrating his 38th year in Broadcasting in 2021. For the last 15 years, you've heard him daily on SiriusXM Satellite Radio on "The Highway," and for the past 6 years every morning as the host of The Storme Warren Show.

Storme's approach is simple: "I am a conduit between the fans and the artists who create the music. My job is to bring the two together as close as possible through artist and fan interaction, in-depth conversations created by decades of close relationships with the industry and its stars, and a relatable tone that makes listeners feel like they are all in our studio instead of broadcasting from a high tower over the listeners' heads. We strive every morning to 'connect the dots' between our listeners all across North America." Introducing the show's dedicated and music hungry audience to the newest creators of today's Country Music is the cornerstone of "The Storme Warren Show" and "The Highway."

A twenty-eight year veteran of the Nashville music industry, Storme is also known as the "Dick Clark" of Country Music (Tennessean Newspaper) and can be found hosting numerous high-profile events in Music City and around the globe including Nashville's annual "Let Freedom Sing" Independence Day party and "Nashville's Music City Midnight" New Year's Eve celebrations. Music festivals all over North America, the Caribbean and Australia also recruit his talents on an annual basis as a live event emcee.

Behind the scenes, Storme runs Stone Beaver Productions, a full-service video production company. His Television credits as Host and contributing talent include TNN, CNN, GAC & CMC. In February of 2020, Storme was honored by BMI as its first "BMI Ambassador" award recipient for his devoted efforts in supporting the Songwriting community. In 2007, Storme was honored with a CMA Media Achievement Award. Upon being surprised with the award on the CMA Awards red carpet, Storme said, "The CMA helped raise me in this business and they've been very patient parents."

Late in 2020, Storme launched his own podcast "Exit 209 with Storme Warren" on the SiriusXM app featuring milestone decisions artists make during their lives and careers.

As a proud member of the Nashville community, Storme serves on the board of directors for the T.J. Martell Foundation for cancer research. He also works closely with the Make-A-Wish Foundation, the USO, Tough Enough To Wear Pink and Charlie Daniels' Journey Home Project and is on the board of directors for "Operation Song." Storme is a proud Eagle Scout, husband and father of two..