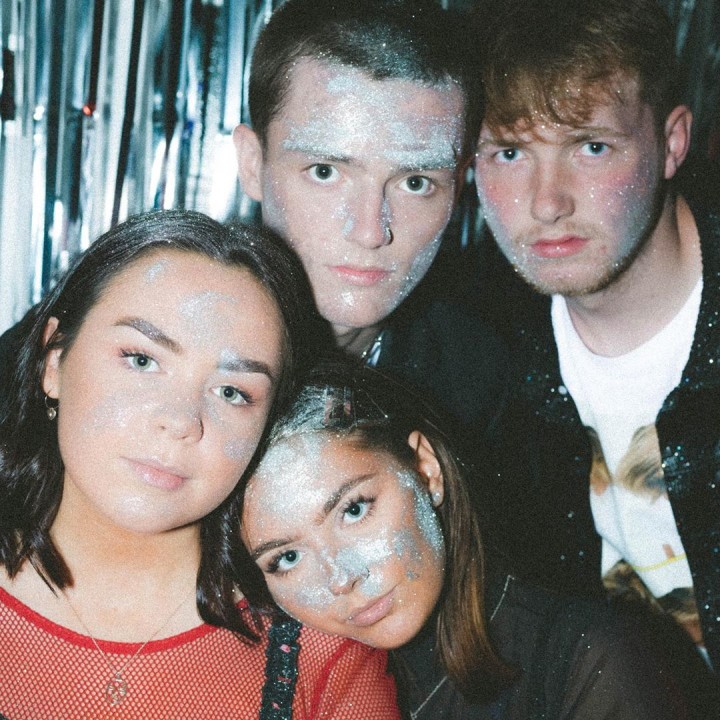 Spyres are the next name set to spring from Glasgow's efficacious underground, defiantly bursting onto the scene with visceral appeal. Conjuring a sense of urgency through monumental riff-heavy melodies, driving percussion and hauntingly introspective vocals, the fresh four piece forge their own path.

Under guiding lights of the world renowned Barrowlands at a charity event following the Clutha helicopter disaster in 2016, Keria McGuire and Emily Downie met and subsequently matched their acoustic dexterity and soaring vocals as a duet which saw them gig in Scotland, Liverpool and Exeter soon after. Their masterful covers of 'Psycho Killer' and 'Boys Don't Cry' continued to impress and in late 2018, the duo began their experimentation with songwriting, drawing influence from Courtney Barnett, Wolf Alice, Fontaines D.C. as well their post-punk practice material.

Developing their voice past their acoustic roots, Keria and Emily found their very own bassist and drummer in Jude Curran and Alex White in February 2019. The newly-formed quartet quickly established themselves as one of the Glasgow's must-watch with a live debut at the infamous Club Sabbath.

Their debut single 'Otherside' was recorded at Glasgow's very own 7 West Studios and produced by Chris Marshall (Gerry Cinnamon, The Dunts, Rascalton) and Johnny Madden of Baby Strange.