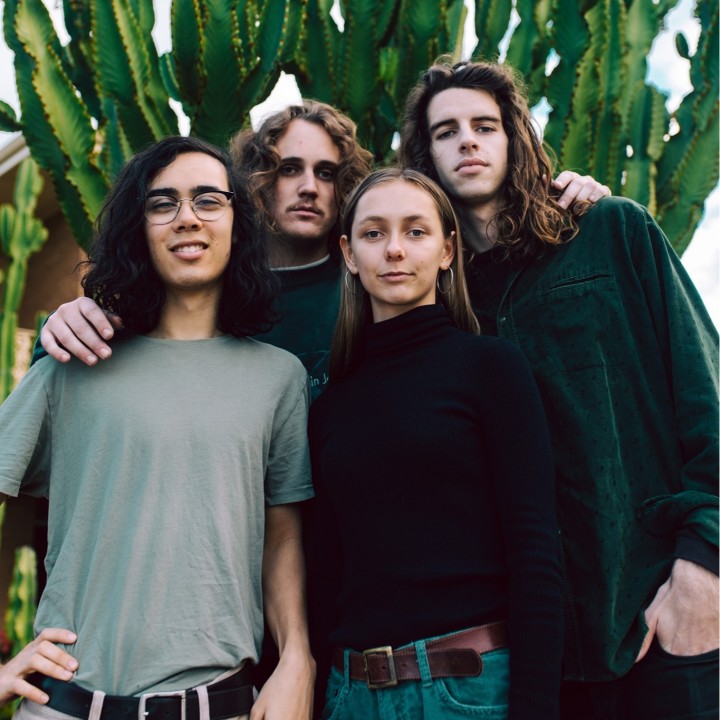 As most bands do, Caleb, Kieran, Ashton and Peppa came together through blooming friendships and lucky connections. A few jams later, the bond was cemented and their debut gig in Caleb's dad's backyard kicked it all off.

In the year that followed, Freo's very own garage pop outfit Spacey Jane went from backyards to bright lights, sharing the stage with the likes of Car Seat Headrest, Alex Lahey, The Jungle Giants, British India, Olympia and The Stems, along with festival appearances at Wave Rock Weekender, Gizzfest 2017, Falls Downtown 2018 and WA Day's SOTA Festival.

For relatively new kids on the block, they've had a very impactful start. Support from industry and fans continues to grow, with their tour in support of the latest single "Good Grief" being a sold-out affair. SJ will take a new single on the road once more in July, August and September, playing their biggest rooms to date. Onwards and upwards!