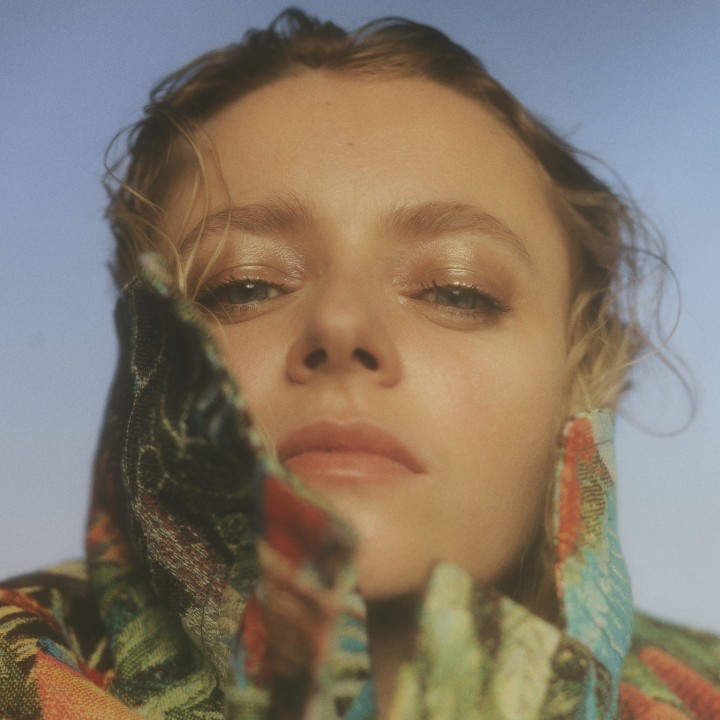 Soleima has cast an enigmatic and hypnotic spell with the handful of tracks that she's introduced. 'Breathe,' 'Cracks,' 'Wasted' and 'Once Was' off her debut mini-album "NO.14" have presented an artist with a singular take on pop which is it once immediately engaging and fascinatingly off-kilter.

The Danish musician's heady cocktail of pitch-shifted synths, R&B, future bass and an undercurrent of world music is already something quite apart from the pack, but her vocal -- simultaneously otherworldly, childlike in its innocence and sweetly sensual -- elevates her individualistic style to another level.

While her tracks are skewered heavily towards the kind of modernist pop in which easy genre classifications lie just out of reach, Soleima's own story is similarly unconventional. Raised in Aarhus, a city on the Jutland peninsula, Soleima grew up in a family home soundtracked by classic soul and R&B, notably Aretha Franklin, Stevie Wonder and Otis Redding. Her subsequent gateway into the world of The Beatles came with 'I'm Only Sleeping,' a song particularly notable for George Harrison's pioneering reversed guitar solo.

So far, so normal? Pretty much. Yet that's only a snippet of the tale. Soleima's mother took her to an African dance camp which operated as a cultural exchange between Denmark and Sukumaland in Tanzania, and she soon became enamored with their music -- especially with their collection of traditional African drums such as the sikulu. As a young adult, she moved out to Sukumaland for two extended spells, and even organised a grant to allow some of their members to live and teach in Denmark. She subsequently earned a bachelor's degree in Anthropology, did field work in Nepal and started to make a documentary about migration in Senegal.

She sounds like the type of person who's eager to embrace an unusual opportunity?

"Yeah, I want to be open-minded like that," she laughs. "I love other cultures and learning from those in other places, especially those that are very different from my part of the world."

That open-mindedness informed Soleima's first music project Flødeklinikken, a Danish-language hip-hop septet inspired by A Tribe Called Quest and the Wu-Tang Clan. Formed as teenagers, the collective released two albums with Soleima on keyboards and -- when needed -- on vocal hooks too.

"When you've been writing with so many people, you reach a point where you want to try flying solo," she explains. The idea was to write for other artists, but the immediacy of her connection with producers Vera and Vasco convinced her to further "explore the universe" that her organically-infused electro-pop now inhibits. "People have difficulties defining our genre because their background is in rock music and I come from hip-hop and this African dance environment. But we've all been influenced by English artists like NAO and Jai Paul."

The result is Soleima's debut mini album 'NO.14' which compiles her four recent tracks alongside three new productions in the shape of 'Mascarade, 'My Love' and 'This Life.' Soleima's lyrics are dualist and border both hope and melancholy -- "They deal with the ambiguity in wanting to run away and hide from the world, but at the same time feeling guilty because you have this opportunity when others don't" -- which is something that 'Mascarade' particularly reflects.

"Mascarade is about wanting to be something that you're not -- putting on a costume or disguise to be something else just for a little while," she states. "I think many people can recognize this feeling of wanting to be in someone else's shoes, if only just for a night. But even though the theme of the song is escapism, it is also a song about believing in yourself and recognizing that it is okay to be lost sometimes. You've just got to dust yourself off and keep on moving in the right direction."

That stance is reflecting in the EP's two other new recordings. 'My Love' can be interpreted as either a tale of unhealthy infatuation or a more universal feeling of "Why don't you want me as much as I want you?" while the intricate layered vocals of 'This Life' conclude with an existential question in which privilege and inequality are contrasting and seemingly random experiences: "We deserve this life / Tell me is this true?"

The 'NO.14' title comes from a prosaic place, but it's also one that presents an against-the-grain approach to the artistic process. Soleima's journey towards completing this EP involved her saving a folder on her PC for each draft of its tracks, with 'NO.14' the version that she has finally shared.

"It shows that making music is a long process and I think it's important to hold on to that," she affirms. "In a world where music is moving so quickly, I really want to reclaim that process. As an artist you develop all the time, your style changes and your songs change. Right now it's popular to be a conceptual artist who has everything completely developed before it's presented to the world, but I think it's really interesting to show the process down to the last detail."

Each step of Soleima's body of work has been accompanied by a stylised video which expands upon the narrative of the track. And her desire to interpret music in a visual sense is only going to become more vital, especially as she's collaborating with groundbreaking visual arts team Dark Matters and references The Knife as an example of how she wants her future live show to unfold.

Ultimately Soleima's unique trait is in united disparate styles -- cutting-edge productions with an immediate pop core, and relatable lyrical themes which simultaneously explore societal issues and the very meaning of what it is to be human. "Political pop is quite unpopular," she sighs, "but I think it's important to bring it back somehow. The whole challenge is to present it in a way that connects with people."