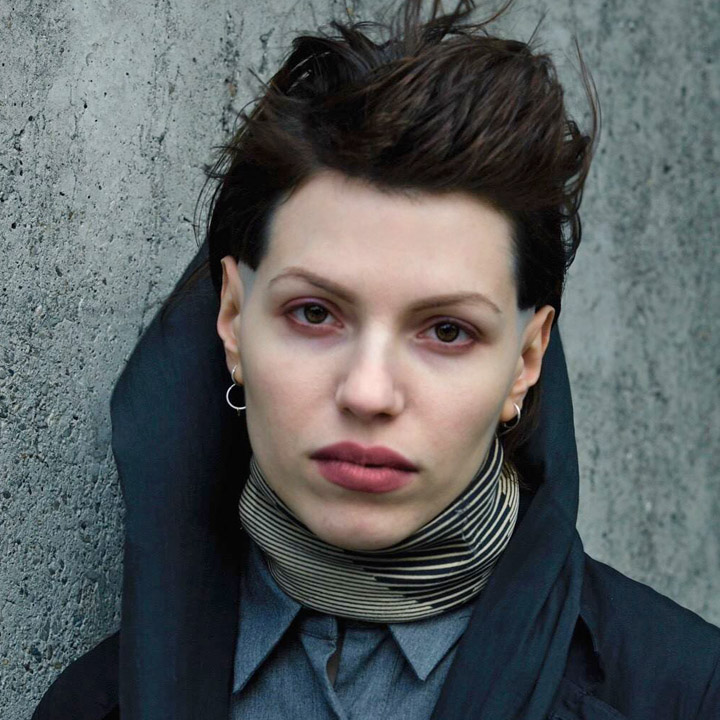 It's over forty years since Roland Barthes posited the now acceptable view that nothing about 'pop' is real anymore, that in fact nothing about it had ever been real, that it had always been staged, counterfeit, artificial, nothing but a construct sold to us as authentic.

However, even after the alleged death of authenticity we continue to lust after its mere semblance, better a beautiful lie than the sad truth. This is where things stand in pop-land- artefacts that we can coolly enjoy, in full conscience of their factitiousness.

Yet Soap&Skin, Anja Plaschg, is a pop singer, by definition. Her records sit alongside the flashiest of flash-in-the-pan manufactured confections, her 2009 debut album Lovetune for Vacuum charting in Germany, France and her native Austria, with their sales figures being the only authenticity the music business truly recognises.

Music gets no more authentic than 'Narrow's' opening track 'Vater' -- a haunting lament about the loss of a loved one. Pop music's familiarly sentimental 'Weltschmerz' has no place here. Anja's father died suddenly in July 2009, inspiring this outpouring of genuine pain in the face of death. The vocals are especially unsettling and eerie, while the piano-led arrangement slips into appropriately dissonant areas.

A touching and rigorously purified cover of 'Voyage Voyage,' a global Europop eighties hit for the curiously named (and coiffed) Desireless, follows. Soap&Skin takes what was once a melancholic example of French disco and turns it eastward, its wistfulness now turned into 'Mittel-European' gloom.

'Deathmental,' with its crashing programmed stabs and gothic lyrical imagery, offers a few minutes of genuine sonic violence. Next to it the gentle 'Lost' suffers its loss with dignity. The deceptively gentle lullaby "Cradlesong' might lure the listener in with its lulling melody, yet its lyrics proffer a distressingly sleepless night.

On 'Wonder,' a steadily swelling chorus of friends acts as a symbol of hope; a welcome with open arms to help overcome one's individual despair.

The stately 'Boat Turns towards the Port,' built round a loop of sounds reminding of an old typewriter (or perhaps a shop till), is over before a listener can decode it, tantalizingly out of reach. The orchestral force of the harried farewell aria 'Big Hand Nails Down,' cries out for a grand finale in cinemascope, for an end to end it all.

'The Aesthetics of Night' is the title of a recently published 1,300 page theoretical doorstopper by German writer and director Heinz-Gerhard Friese, in which the term "night body" is introduced as a central topos.

The author uses it to refer not only to the physical presence of night, but also to a person who bears the night within himself. Luckily you don't have to read it to understand that Narrow is a balm for the night body, overwhelming evidence that vulnerability can lead to the creation of great art.