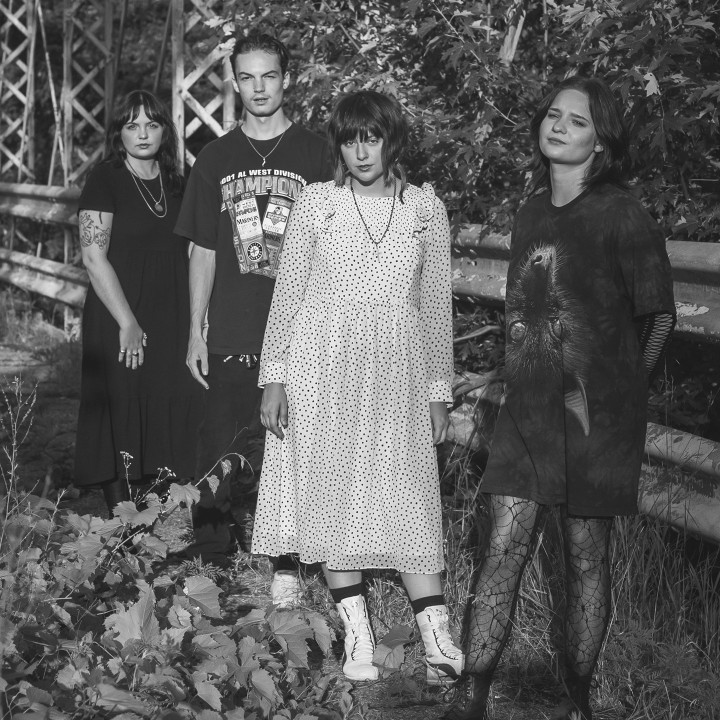 Snarls spent 2019 quietly blooming -- two songs landed this Columbus, OH four-piece on Stereogum's Top 100 Songs and Best New Bands honor rolls. 2020 is the year they blossom into a band to watch. Debut LP Burst finds the next charming coming-of-age story in shimmering character drama (2019 standout "Walk in the Woods"), woozy indie-pop ("Hair"), and blue-eyed existentialism ("Concrete"). Snarls' songwriting is as unfiltered and spectral as growing into one's own should be, but it promises just as an enchanting listen for those outside looking in.

Though their Bandcamp descriptor "glitter emo alt rock" is apt, the power of Snarls lay in their heart. Not their crushes or their friendships, though they're plenty fine in themselves, but in the way they sing their dream-pop choruses. - Stereogum

Columbus, Ohio's snarls describe themselves as a "glitter emo alt-rock" group. "Walk In The Woods" leans more on the latter half of that descriptor but is more than enough to get you excited about their upcoming debut, Burst. - Fader

Featuring lovelorn dual vocals over dreamy, reverb-soaked guitars, it mixes the best of emo and shoegaze into a powerful package with a sing-along chorus that confesses "I can't quit you, baby! No matter how hard I try!" Like, what more could you want? - MTV