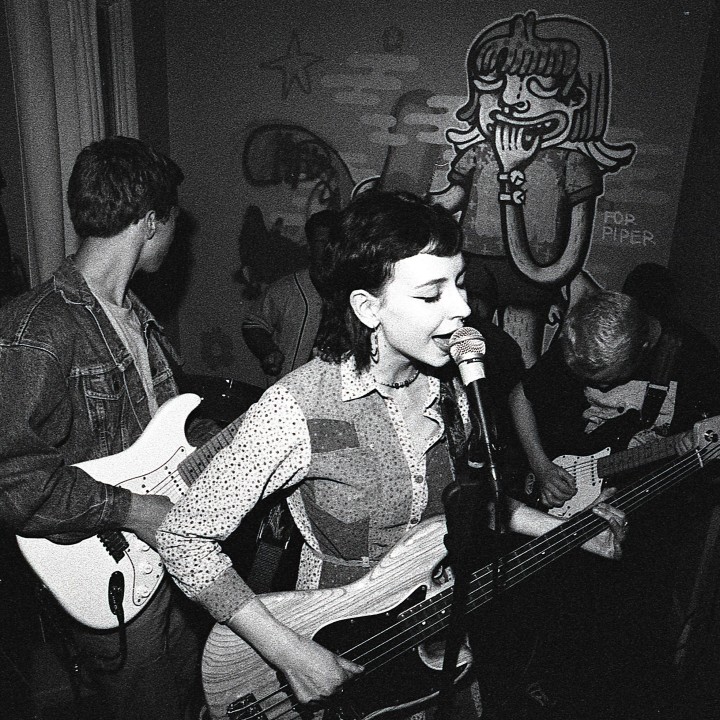 Small crush began in Logan Hammon's bedroom when she was 13 years old writing songs on her dad's old guitar and recording covers on garage band. In her sophomore year of high school, she found some friends in jazz band class to help fulfill her dream of playing her songs in a full band. Together the band began playing little shows at 924 gilman and other DIY spaces. In 2018 the band released an EP that caught the attention of a local Bay Area label Asian Man Records and recorded a full length the year after. Since then the band has grown to touring and playing venues she has always admired. Through it all the band has made the joy of playing music and having fun the most important thing.