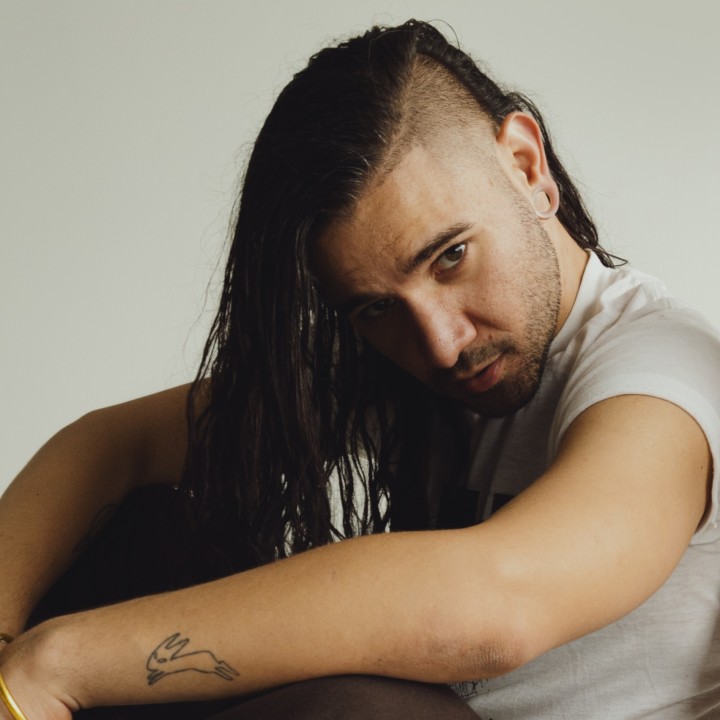 Sonny Moore, aka Skrillex, is a 33-year-old record producer, DJ, musician, singer and songwriter hailing from Los Angeles who has won 8 Grammy Awards, been named MTV's Electronic Dance Music Artist of the Year, and holds the record for most Grammys won by an EDM artist. He's headlined arenas and festivals globally and graced the covers of magazine heavyweights like Rolling Stone and Wired. His collaborations include Justin Bieber, Bruno Mars, FKA Twigs, Kid Cudi, Boys Noize, A$AP Rocky, and Diplo among countless others. Jack Ü, his project with Diplo, had their eponymous album reach #1 on the US Dance charts, with their track "Where Are Ü Now" feat. Justin Bieber going 4x platinum. Skrillex linked with Bieber again for the 8x platinum "Sorry," which debuted at #1 on the Billboard Hot 100. His label, OWSLA, has launched the careers of some of the most powerful names in electronic music, including Marshmello, Zedd, Porter Robinson, and Mija. He later worked with friend/cult filmmaker Harmony Korine by scoring his critically acclaimed Spring Breakers movie and composed an original track for Pixar's Wreck It Ralph. He simultaneously penned one of the biggest club hits of the year with A$AP Rocky (Wild For The Night) and dropped his first fashion collaboration with G-Star (it sold out globally in a matter of days). Skrillex took some much needed time off from a never ceasing touring schedule to enjoy some time split between Tokyo and Los Angeles for a creative sabbatical, where he is currently finishing up a trove of new music.

The creative giant began his career as a skateboarding teen who joined iconic post-hardcore band From First To Last in 2004 at age 16 where he became lead singer and went on to make two albums with the group before he left to embark on his solo career by age 19. It was in 2009 that he began to distribute his own EP under the name Skrillex for free on Myspace. That next year he made the seminal Scary Monsters and Nice Sprites EP that began the explosion of Skrillex into the scene on a world wide level with Grammys and sold out venues following soon after. The kid from Highland Park who used to sleep on friend's couches and hop fences to skate became one of the most influential artists of the second decade of the 2000s and has discovered some of the largest talent in electronic music with the likes of Zedd, Marshmello, Porter Robinson & Mija. His A&R ear is known throughout the industry and he has definitely become the musician's musician with collaborations in recent years with the likes of critically acclaimed artists like MIA, A$AP Rocky and FKA Twigs to superstars like Justin Bieber and Bruno Mars with many new unknown artists being brought into the mix as well. Skrillex changed music and has been hard at work with a body of music that is likely to do that very thing once more.