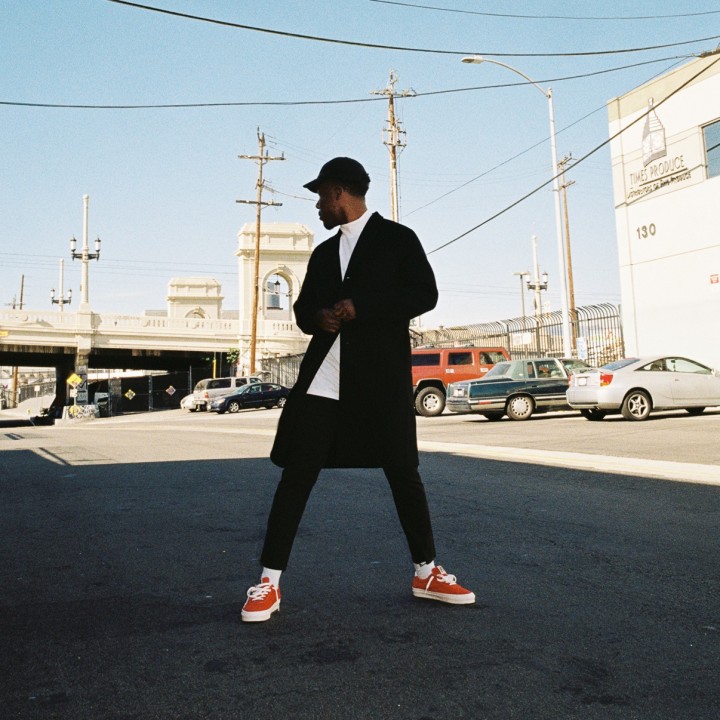 Skizzy Mars puts music together like he's curating a gallery. He adorns the halls of each body of work with different influences, inspirations, styles, and vibes, bringing them all together in an emotionally charged and eloquent pastiche underpinned by elite lyrical acuity, thoughtful assemblage, and unrestrained honesty. On his third full-length and first independent album, Fun & Problems, he brings this vision to life like never before.

"My favorite songs make me remember where I was when I first heard them," he says. "They bring me back to how I felt, the girl I was dating, and even the smell of where I was. I want my songs to do that for you. I try to create the soundtrack to your life. I'm just being honest, because everyone will always be able to relate to the truth."

That truth has defined Skizzy's career thus far. Since emerging in 2012, he has amassed just shy of 500 million total streams and earned widespread acclaim. After early mixtapes Phases [2013] and Pace [2014], The Red Balloon Project EP crashed the Top 5 of the Billboard Top Rap Albums Chart in 2015. Among many fan favorites, "Time" [feat. G-Eazy & Olivver the Kid] gathered 42.3 million Spotify streams. On its heels, 2016's full-length debut Alone Together yielded "Girl On A Train," which posted up another 35.7 million Spotify streams. He reached a critical high watermark on his second album, Free Skizzy Mars, in 2019. In addition to plugs from HypeBeast and many others, Billboard claimed it, "represents the most creatively liberated and mature version of himself." As a sought-after performer, he has headlined sold out shows coast-to-coast in addition to performing alongside Logic, G-Eazy, Lupe Fiasco, and Ty Dolla $ign. Other acclaim includes praise from The Fader, NYLON, Complex, i-D, Pigeons & Planes, XXL, and more.

In order to move forward in 2021, he nodded back to some of his most formative important influences. Culling inspiration from guitar-heavy alternative production, he looked to the likes of Built to Spill, Ratatat, Simple Plan, and Death Cab For Cutie, to name a few. He goes on, "I wanted to write anthemic songs that still had emotional substance, which is what I think rockstars do so well. I can't wait to play this material live."

For Fun & Problems, he also reteamed with the man behind his earliest output producer Michael Keenan. They recorded out of Keenan's Silverlake apartment throughout 2020 with Skizzy often tracking vocals from the couch.

"It's a return to form for me," he explains. "I had just become independent, and I felt actually free. I also had a realization, 'Nobody can be Skizzy better than Skizzy can be Skizzy.' I gained the trust of all of these incredible supporters -- it was best to be me for myself and then. I got in with Keenan, because he did all of my original stuff, and we made the entire project in three weeks."

Simultaneously, Skizzy also surveyed where he came from. Fun & Problems called back to his most celebrated work, while making major strides lyrically and musically.

"The rockstar party lifestyle was fun at first, then it was fun and problems, and then it was just problems," he admits. "The album is about the middle part. It was a blast, but there were some consequences I didn't have the clarity or maturity to see back then. When I was making my realest songs, I was reckless with drugs and girls. I hurt a lot of people and pushed them away. It's a retrospective glance at that period in my life. There are songs you can have a good time to, but there are songs with a deeper meaning. I'm documenting my early twenties in New York. It's a nostalgic New York record about my experiences."

He introduces Fun & Problems with the single "Pro Bad Decision Maker." On the track, a bright guitar riff echoes through finger-snaps and a slick beat. His confessional bars build towards a melodic hook as he admits, "I'm a professional bad decision maker. I know I broke your heart, but I love you regardless."

"It's one of the most Skizzy songs," he smiles. "It's very self-aware, and I'm talking about some real shit. It's a mixture of how I sounded when I first came onto the scene and how I sound in 2021. It came from a real conversation with a friend. He said, 'We're professional bad decision makers.' I'm always writing in my head. When somebody says something, I write it down. That stuck. I'm talking about my mistakes without regrets. I'm telling my story and keeping it 100."

Opting to present an entirely solo vision without guest appearances, Fun & Problems give listeners the full spectrum of Skizzy. The reflective "Wrinkled Sheets" nods to pop-punk melodies on the chorus as it recalls "a relationship that didn't end the way I wanted it to." Then, there's "Slow Dance" with its "Phoenix vibes and rapping about slow dancing with a young lady."

In the end, this is the moment for Skizzy.

"I want people to know I'm in a good place and in a position where I'm going to release music frequently," he leaves. "I went through a lot of shit in my personal life and on the business side. Now, I'm free, independent, and healthy. I'm going to talk about some pretty real shit."