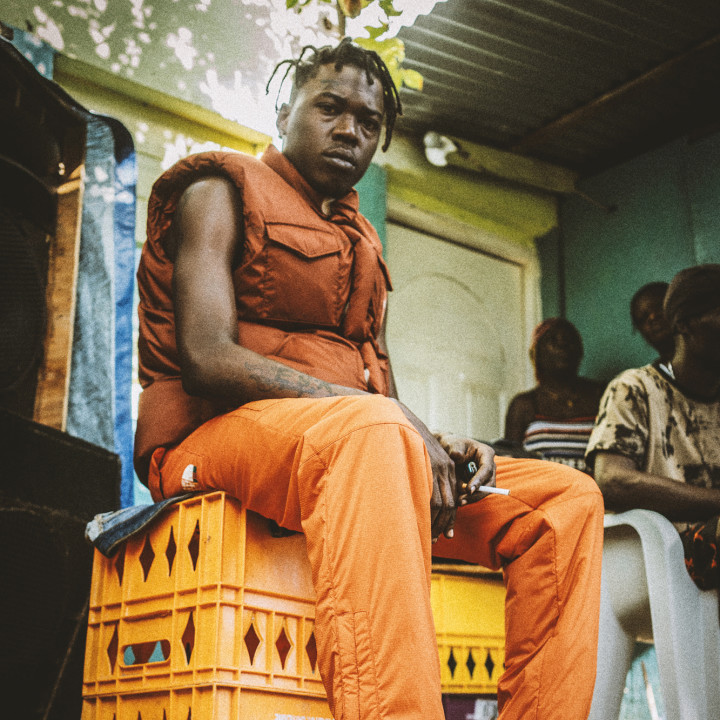 Dancehall is once again a mainstream force, and Skillibeng is the genre's reigning prince. The 24-year-old has established his name in his native Jamaica over the past few years, and now has eyes set on dominating the music industry beyond the Caribbean shores. Skillibeng's thrilling debut album Crocodile Teeth The Album (released last October) and a recent signing to RCA Records are the perfect invitations for newcomers ready to discover Jamaica's latest star.

Crocodile Teeth The Album sets Skillibeng apart from his contemporary dancehall peers by pushing against the genre's typical sounds, thanks to a fusion of drill, rap, reggae, electronic and pop. With highlights including the Bobby Shmurda-assisted remix to his "Crocodile Teeth" smash, dancehall queen's Spice on the haunting "Richer," a naughty Stefflon Don feature, and Popcaan and Rich The Kid on "Rocket Launcher," the album finds these iconic acts passing the musical torch to Skillibeng.

"I've been setting a lot of great examples over the years, so I think I am the leader of the dancehall's younger generation. My music is unpredictable and futuristic," says the young artist, whose song titles like "Alien" and "Time Travel" reflect his otherworldly mindset. "People don't what I'm going to do next and that's exciting."

Skillibeng's musical eclectism began at an early age growing up in small rural towns of Airy Castle and Lyssons, both in Jamaica's parish of St. Thomas. His father was a music lover, exposing his son to everything from reggae to techno. "Hearing new sounds that weren't originated from Jamaica fascinated me because they sounded different," the artist says, who cites Vybz Kartel, Aidonia, Movado, Popcaan, Tommy Lee, Lil Wayne, and Wiz Khalifa as influences. "I always wanted to merge that international sound with dancehall."

He began writing music in high school, using his admiration for poetry and English class as inspiration. Skillibeng freestyled for friends throughout school and hustled as an independent artist after graduation, but decided to take his career seriously following a 2018 car accident. "I was working for my father at the time but was still doing music," he recalls. "I had an interview in another parish and I was running a bit late. I used the incident to make a life decision: 'You gotta be devoted to what you're doing. You gotta make a choice."

A year later, Skillibeng released his catchy breakout single "Brik Pan Brik" and followed up in 2020 with what's become his signature hit: "Crocodile Teeth." The haunting single has since racked up over 9 million Spotify streams, and its virality caught the attention of Drake, Popcaan and Nicki Minaj, the latter of whom recorded a remix for the 2021 re-release of her acclaimed Beam Me Up Scotty mixtape. Skillibeng's The Prodigy and The Prodigy: Ladies Only Edition mixtapes (released in 2020 and 2021, respectively) further accelerated his mainstream appeal, showcasing his versatility with trap, drill, traditional hardcore dancehall and more romantic tunes.

As Skillibeng continues his musical ascension, his intentions are set on remaining humbling while also being a dancehall innovator. "This whole thing started with me and my friends in a small studio, when we learned to record ourselves," he says. "As young artists and producers, you don't really get help. We even benefited more because we didn't have any guidance. So that's how we became so knowledgeable and who we are today. That's who Skillbeing is: a representation of the new school of dancehall."