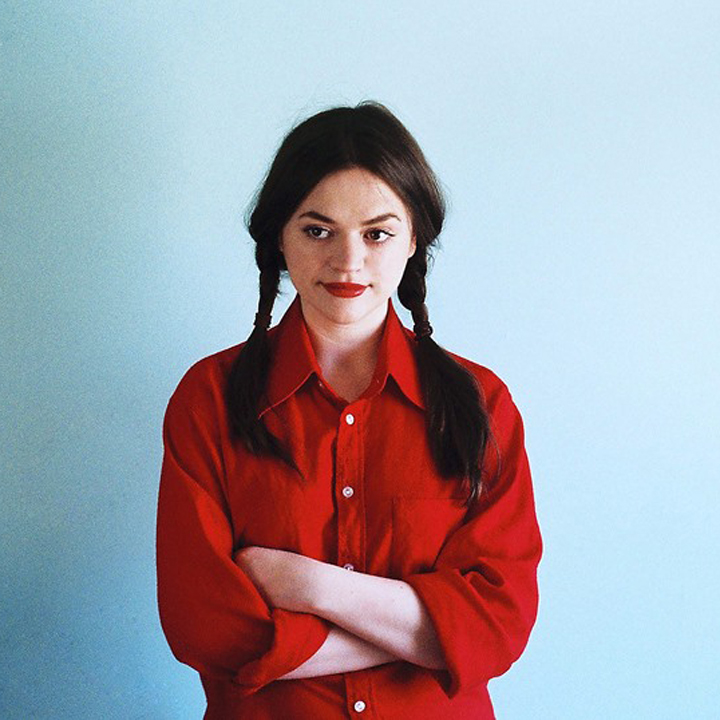 Scottish singer-songwriter and multi-instrumentalist Siobhan Wilson is one of the UK’s most exciting and uniquely gifted new artists.

Her 2017 album, There Are No Saints, has featured extensively in the UK’s underground music press ‘best of’ lists for 2017 and earned rhapsodic reviews, including BBC 6 Music, NPR’s All Songs Considered and Rolling Stone.

Wilson’s work is incisively written and boldly unorthodox. Her indie-pop and acoustic-noir songs are influenced by classical training and Parisian chanson. They showcase an exceptional, ethereal voice.

Born in Elgin, in the north of Scotland, Siobhan Wilson discovered music at an early age, first studying classical piano and cello, and later playing in youth orchestras. Her fascination with French culture and language prompted her to move to France shortly after finishing high school.

In Paris Siobhan developed her songwriting skills at open mic nights and immersed herself in the French musical tradition. This led to a debut album Songs (2010), which was recorded in Paris and Woodstock’s Dreamland/Clubhouse Studios, with producer David Baron (Peter Murphy, Lenny Kravitz), and released in France by label MyMajorCompany.

After five years in the French capital, Siobhan returned to Scotland where she continued to refine her distinctive musical vision, through the self-released extended EP Glorified Demons (2012), the single Dear God (2014) on Edinburgh indie label Song By Toad and another extended EP, Say It’s True (2015), produced by Tony Doogan (Mogwai, Belle & Sebastian).

With the 2017 release of There Are No Saints, a stunningly beautiful collection of songs, Siobhan Wilson has produced her most fully realised work yet. Written from a place of courage and contemplation, the album’s minimal arrangements of electric guitar and piano lay bare her dreamlike vocal and lyrical honesty. It is an eloquent and brave recording, the sound of a young songwriter displaying confidence in her work and expanding her artistic horizons.

Wilson’s shows to promote the album have garnered rave reviews and drawn a phenomenal reaction from audiences across the UK, culminating in the sold-out festival headline show in Glasgow’s iconic Mackintosh Church.

Her live performances are extraordinary. They are captivating and emotional experiences that showcase a unique and compelling artist. Supporting international artists including Ben E King, Chris Isaak, Madeleine Peyroux, Martha Reeves, Tom Odell and Van Morrison have helped establish her reputation as an unforgettable live performer.

Reviews There Are No Saints

This Scottish-born prodigy's debut opens with a fever-dream where her voice, sylphlike and airy, is multiplied into a choir, a loping piano guiding along her harmonic cascades and flights of countermelody. There Are No Saints goes on to pair Wilson's acrobatic soprano with minimal accompaniment, allowing her quixotic melodies to shine – "Whatever Helps" is a distortion-smeared lullaby for the beaten down, a spaced-out take on the French standard "J'attendrai" introduces a theremin to the mix, and the lurking string drones (which Wilson plays) on "Disaster and Grace" turn Wilson's eventual octave-leap into one of the album's many arresting moments. Maura Johnston, Rolling Stone

by the second song, I was just floored Otis Hart, NPR All Songs Considered

Heartbreaking voice and stunning lyrics. The List (#26 in the Hot 100, the Arts & Entertainment industry in Scotland 2017)

Siobhan Wilson, a great track from 2017, one of my favourite releases, Whatever Helps. Lauren Leverne BBC 6 Music

We played this very track on Monday and, to be honest, the reaction to it was huge. Her voice, that instrumentation, those melodies! Lauren Laverne’s BBC 6Music Blog

A starkly beautiful, utterly compelling record… a simply irresistible work of art, as though Cocteau Twins had been asked to score the new series of Twin Peaks. God Is In The TV

Sit up and take notice as the spellbinding Siobhan Wilson releases her most accomplished work to date. The Scotsman

If you're a fan of Kate Bush, Joni Mitchell and London Grammar then you'll love this Glasgow artist. The Scottish Sun

A captivating, highly intelligent and searingly human album. The National

One of the most stunning collections of songs to be released in a long time. Drowned In Sound A sparse, tender record tying indie-folk with classical music to spellbinding effect. The Skinny Her voice will drift you into a dream world. The Pentatonic

Shimmering indie and minimal folk, one of the purest new voices around. M Magazine

Leaves the listener hooked and haunted as if falling into a dark, delicious fairy tale. Louder Than War Live Reviews

Spellbinding… she can silence a crowd with little more than a whisper. Daily Record

For most of the audience, I suspect, the highlight might have been Wilson’s solo rendition of Dear God, her breathing itself like an extra musical detail that had us hang on every syllable. The Herald

From bliss to heartbreak and every emotion in between… an otherworldly voice, exceptional songs and musical artistry… an extraordinarily uplifting experience. Backseat Mafia

Envelops the audience within moments and elicits an awestruck response that seldom wavers. CrashMerch

Spellbinding and exhilarating, breath-taking and serene… an extraordinary and incomparable experience. The Wee Review *****

One of the most remarkable singers in Scotland… a stunning performance. Daily Record