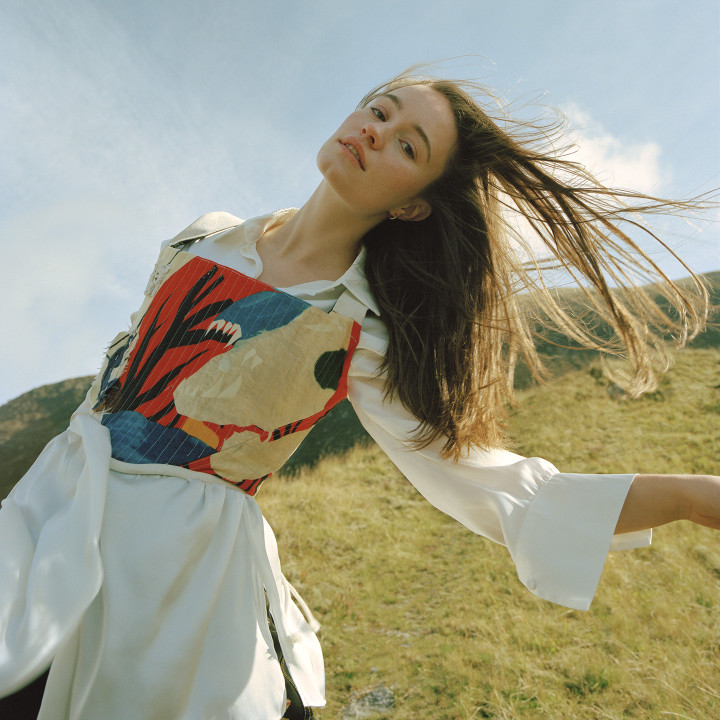 Just two top-tier albums into her career, 25-year-old Norwegian singer-songwriter Sigrid has already established herself as an impeachable pop powerhouse. Sold-out tours worldwide, top 10 singles, number 1 albums, it's all there. On last month's light-footed second album How To Let Go -- variously hailed as "life-affirming" (NME), "stunning" (Line of Best Fit) and "an impressive pop statement" (Clash) -- Sigrid built on the promise of 2019's debut Sucker Punch -- home to the enormous banger and festival favourite Strangers -- flitting between disco-tinged lead single, Mirror, and the alt-rock emo of Bring Me The Horizon collaboration, Bad Life. Like her debut it crashed into the Norwegian charts at number 1 ("I'll be at the grocery store and I'm buying toilet paper and people will ask for a selfie," she told The Independent about her homegrown fame), while in the UK it improved on Sucker Punch's number 4 debut by nestling in at number 2. "I actually can't believe it," she said at the time. "I beat myself, and I couldn't be prouder! Thank you so so much to everyone listening to the album, it really means the world to me and the rest of the team." Its success means that since exploding straight out of the blocks in 2017 with instant classic and feminist anthem Don't Kill My Vibe, Sigrid's global career streams to date number a head-spinning 1.47 billion. BILLION. Over 365m of those are from the UK alone. You want YouTube views? She's had over 233m of them. As previously stated -- pop powerhouse.

How To Let Go was started in LA in early 2020, before the global pandemic saw her escape back to Norway. "With the success, I had that feeling that maybe I was cool," she told The Guardian last month. "Then ... boom! Isolation. Back home with my parents, in my childhood bedroom, remembering cringe moments of being 14." She did, however, have two very special songs under her belt; 2021's disco-ball-shaped lead single Mirror, and It Gets Dark, a thundering ode to accepting the bad times so the good moments can shine brighter. Built around a thundering bassline and a sky-scraping guitar figure, it was first teased during a run of live shows last summer, which finally saw Sigrid returning to her happy place, given 2019 saw her owning Glastonbury while also headlining her own sold out UK tour and supporting the likes of George Ezra and Maroon 5. "I can't wait to play this album on tour," she says, confirming multiple tours and festivals in the diary for 2022. "It was written to be played live."

While the pandemic and the resulting lockdown isn't mentioned directly, its influence is all over How To Let Go. "A lot of these songs I wouldn't have written without 2020 happening the way it did. It was a moment of reflection. I'm not an artist without the studio writing, and I'm not a writer without being on stage." The album works not only as a salve, but also as a testament to the power of having to let things go, which is where the album's title came from. "The concept of 'how to let go' is the thread that runs through the album and through my life as well -- just letting go of things you say, of people that have hurt you, or situations where I have been stupid. Life is a lot about letting go and moving on, and it sounds so simple but it isn't."